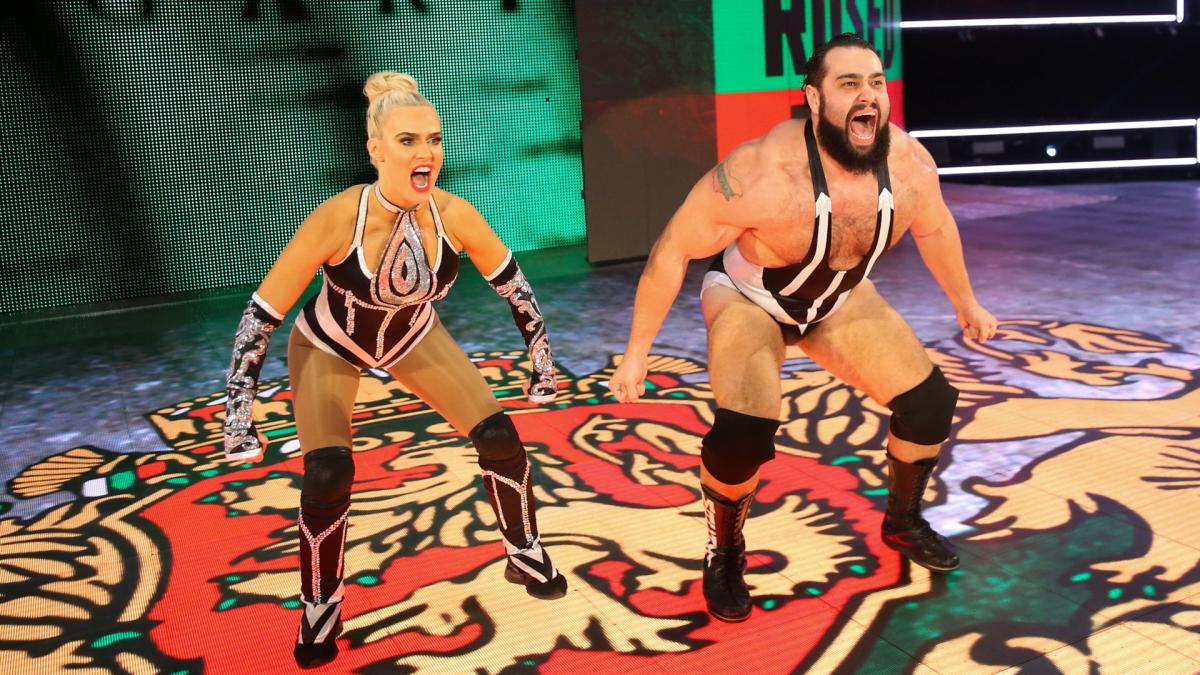 WWE Smackdown Live stars Rusev and Lana recently appeared on an episode of Drop The Mic to compete against the owner of the Dallas Mavericks, Mark Cuban.

Both competitors in the rap battle brought out the best in each other as it was just non stop trash talking, making for great and entertaining television.

The battle got intense from the start as Rusev dropped bars about the Dallas Mavericks to Mark asking him if they will ever win. Rusev also made reference to Elon Musk sending rockets into space while Mark couldn’t get his team into the payoff race.

Mark Cuban retaliated with bars of his own by calling him Ivan Drago and a lamer version of John Cena. At one point in his diss, he asked Rusev how much he paid for his mail order bride as he was staring right at Lana, causing the crowd to go completely wild.

In the second round, Rusev called Mark a guy who looks like Charlie Sheen banged Frankenstein’s monster. He also referred to Mark as Mr. Wonderbread instead of Mr. Wonderful. He even mentioned Mark’s wife was not a gold digger. As Mark had his turn, he called Rusev as a Bulgarian Chewbacca and mentioning that he has bigger boobs than Lana. He even mentioned his past encounters with Randy Orton and Sheamus.

However, after Mark ended his round, Lana grabbed the mic.

Lana dropped major bars, defending her husband calling Cuban “Marky Mark”, and mentioned about starting a charity for his wife’s sexual needs. At the end she told him to kiss her ass. Cuban fired back with saying he would buy WWE and fire him from it. He asks Rusev how much Lana charges him every time he gets laid and even dissing Rusev’s hair.

Method Man asked the audience who dissed the best. The audience made it clear that the winner of the rap battle would be Rusev and Lana. Rusev and Lana closed the show celebrating with their trophy as confetti rained down in the studio.