Ben Simmons tweets out his support for Jusuf Nurkic 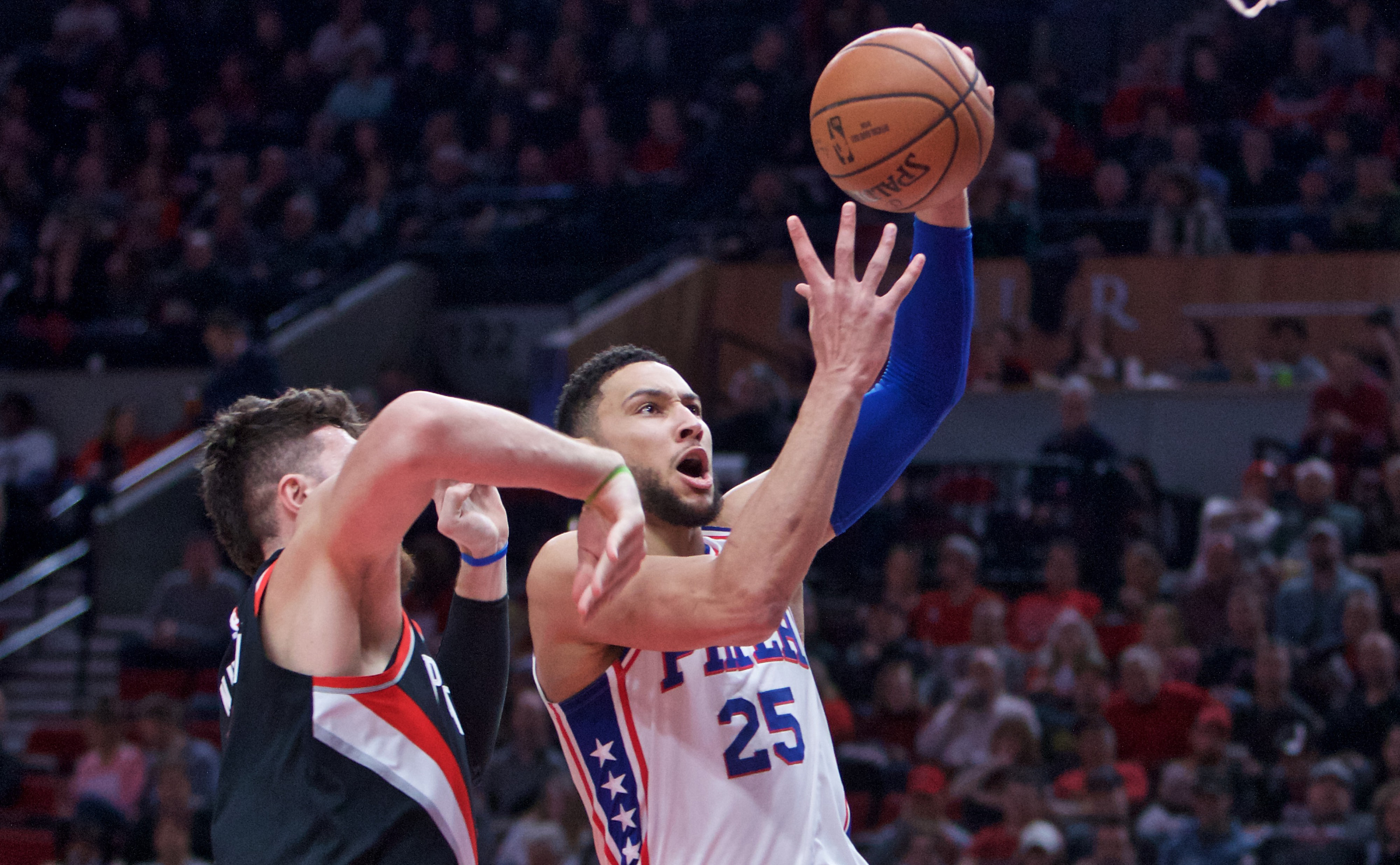 Ben Simmons tweets out his support for Jusuf Nurkic

Although they had a bit of a beef recently, Ben Simmons still shows support for Jusuf Nurkic via Twitter.

It was a strange night in the NBA on Monday. While the Philadelphia 76ers took a shocking loss to the Orlando Magic, the Portland Trail Blazers ended up having some problems of their own over there in the West. As you might’ve heard by now, Blazers’ star center Jusuf Nurkic went down with an extremely unfortunate leg injury, which ended his season.

It seems as though there’s a major injury once every few months nowadays in the NBA, and it never gets any easier to watch. Although the gruesome injuries are tough to see, it is always a relief to watch fellow players around the NBA rejoice, and come together to show support for the other athletes around the league. Especially if they are enemies.

Nurkic goes down on Monday

Jusuf Nurkic was taken off the court on a stretcher after suffering a lower-leg injury in double OT against the Nets. pic.twitter.com/WjMZeQu2Uq

Ben Simmons sends out his support

Never want to see that happen to anyone 🙏🏽 @bosnianbeast27

Ben Simmons took to Twitter on Tuesday afternoon to send his virtual prayers to Nurkic. It was kind of shocking to see considering how their last meeting in Philly about a month ago went down. While the Blazers’ visited and worked the Sixers throughout the game, television cameras picked up audio of Simmons and Nurkic constantly jawing at each other.

When asked about it after the game, Nurkic continued to double-down on his trash talk regarding Simmons and his lack of a jump shot. Clearly, it was just competitors being competitors, but at the same time, Simmons and Nurkic evidently had it out for each other during that last meeting.

Regardless of what happened between them two though, it didn’t stop Simmons from letting Nurkic know that he was praying for him due to his injury. Sometimes NBA beef is fun. But watching players squash it over a tough situation like this is even more interesting.