Cowboys continue to struggle with a new DeMarcus Lawrence deal 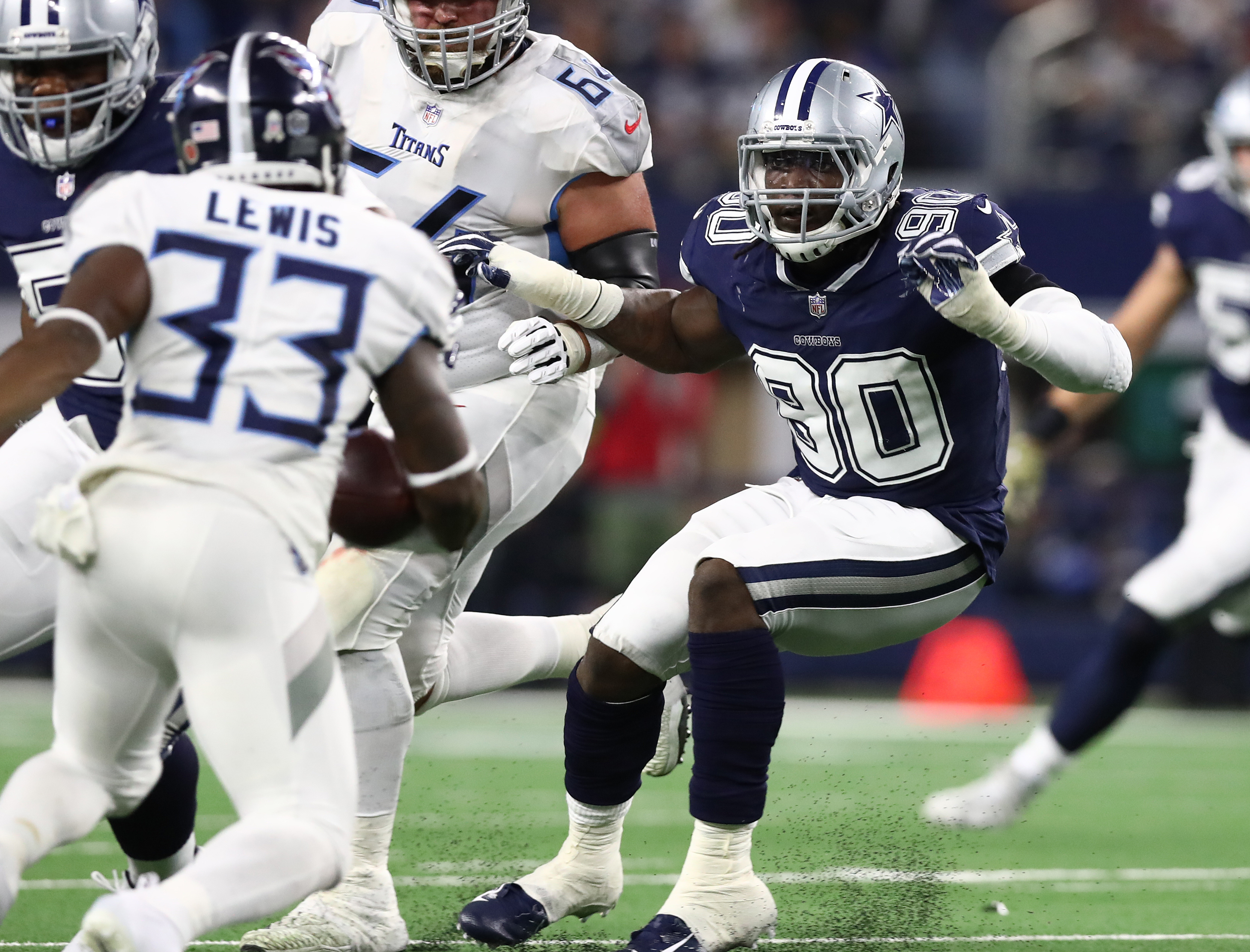 Cowboys continue to struggle with a new DeMarcus Lawrence deal

Playing the waiting game with DeMarcus Lawrence is turning out to be a mistake for the Dallas Cowboys. It was understandable last season that the Cowboys withheld a major, long-term deal from Lawrence for the 2018 season. They wanted to be sure he was the real deal, so they gave him the franchise tag. By midseason though, the Cowboys should’ve known that his 2017 effort was no fluke. Lawrence is elite and deserves a long-term deal.

Now that the Cowboys waited though, the situation isn’t getting any easier. Although the Cowboys bought themselves some time, as they franchise-tagged Lawrence, the veteran pass rusher made it very clear that he wasn’t going to accept and play under the tag for a second consecutive season. He wants a deal, and won’t participate until he gets one.

Dallas submitted an offer weeks ago, that was left on the table. Both parties have been trying to come to an agreement, but right now, it sounds like they’ve hit a roadblock. According to Dallas’ General Manager Stephen Jones, they are at an ‘impasse.’

Stephen Jones speaks out on the situation

Stephen Jones on DeMarcus Lawrence negotiations: “We’re motivated to get something done & hopefully at some point we’ll get some momentum going. Right now, the best way to describe it is we’re at an impasse. We’re apart. But certainly optimistic…We’ll continue to chop wood.”

Heading into the Free Agency process without Lawrence locked into a significant deal was far from an ideal situation for Dallas. Because of their struggles to lock him in, they were unaware of how much they could truly spend in Free Agency, which affected Dallas’ chances of locking in a big-name safety like Earl Thomas when he was still available.

Not to mention, the Cowboys would like to lock Dak Prescott into a long-term deal at some point during the offseason as well. But as they must make Lawrence happy in order to get him onto the field in time for the season, they have to cater to his needs first.

Right now, it doesn’t sound like the Cowboys are worried about losing Lawrence. But the process is prolonging their other offseason moves as well. With the way this situation is playing out, this is going to be a long and drawn out process for the Cowboys, and it isn’t getting any easier.