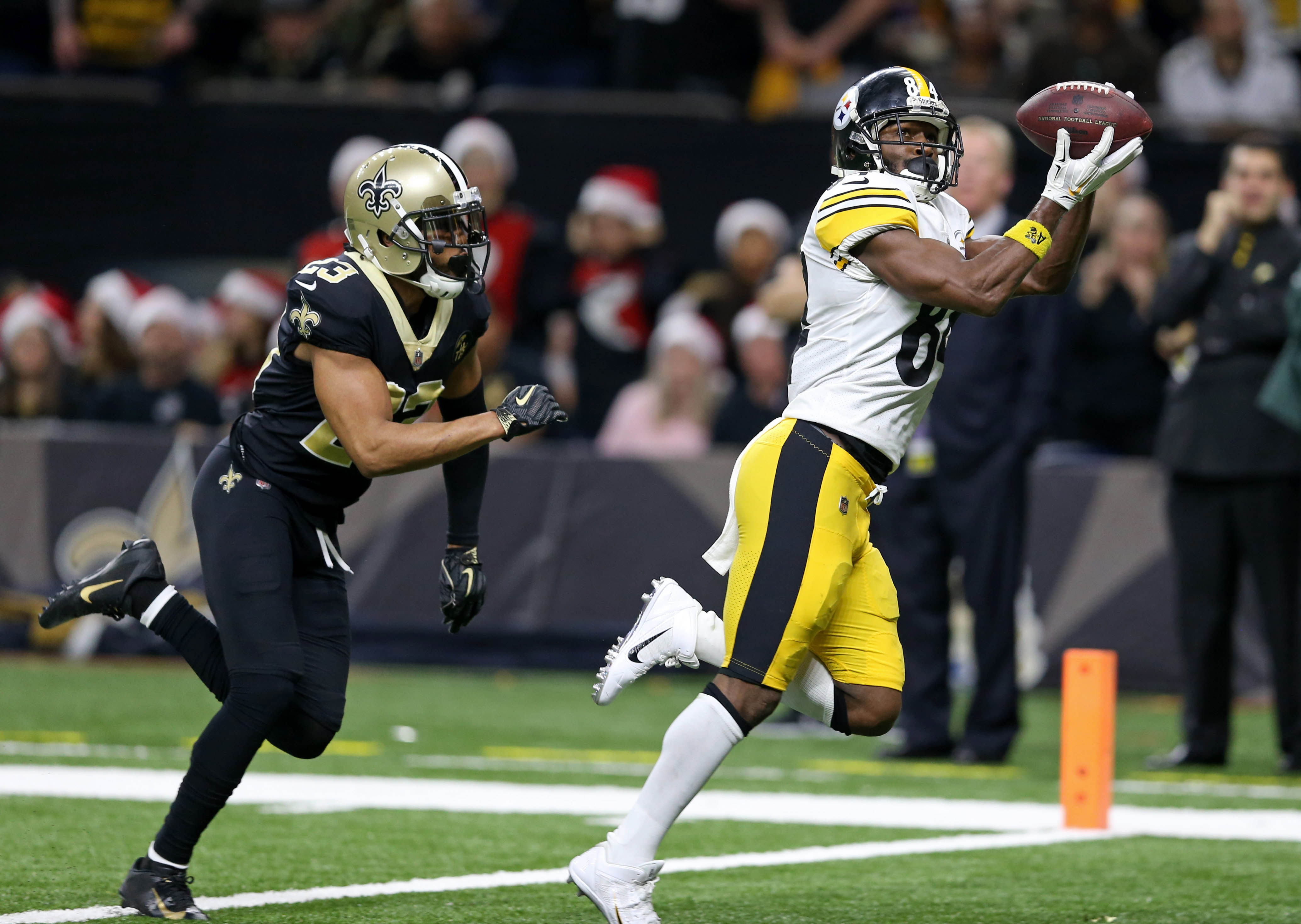 It was clear that the Steelers were looking to part ways with Antonio Brown this offseason, but the main question surrounded exactly where he was going to land.

We do know that the Bills were very much in play for Brown, and had he not vehemently protested going there, he may have been shipped to Buffalo. It would’ve been a great way for the Steelers to essentially exact revenge on AB, trading him to a losing team with no nightlife and entertainment. Instead, Brown was shipped to the Bay Area, and the rest is history.

But some interesting nuggets have recently emerged following the trade — specifically that two of the Steelers’ rivals were very much in the mix for him. Apparently, the Eagles and Patriots were both attempting to trade for AB.

Audio has emerged of a conversation between Brown and his agent, Drew Rosenhaus, and there are some interesting sound bites in there.

“If it isn’t the Raiders, then we will make it work with the Eagles, or the Patriots, or the Titans,” Rosenhaus said.

The tone of this conversation between Antonio Brown and Drew Rosenhaus makes it seem like the Eagles were one of the biggest suitors before the Raiders trade. pic.twitter.com/3oBCr1T6SW

It’s hard to see any way the Steelers would’ve traded Brown to the Patriots. Even the interstate “rival” Eagles would’ve been a stretch, albeit possible, as the two teams aren’t in the same conference.