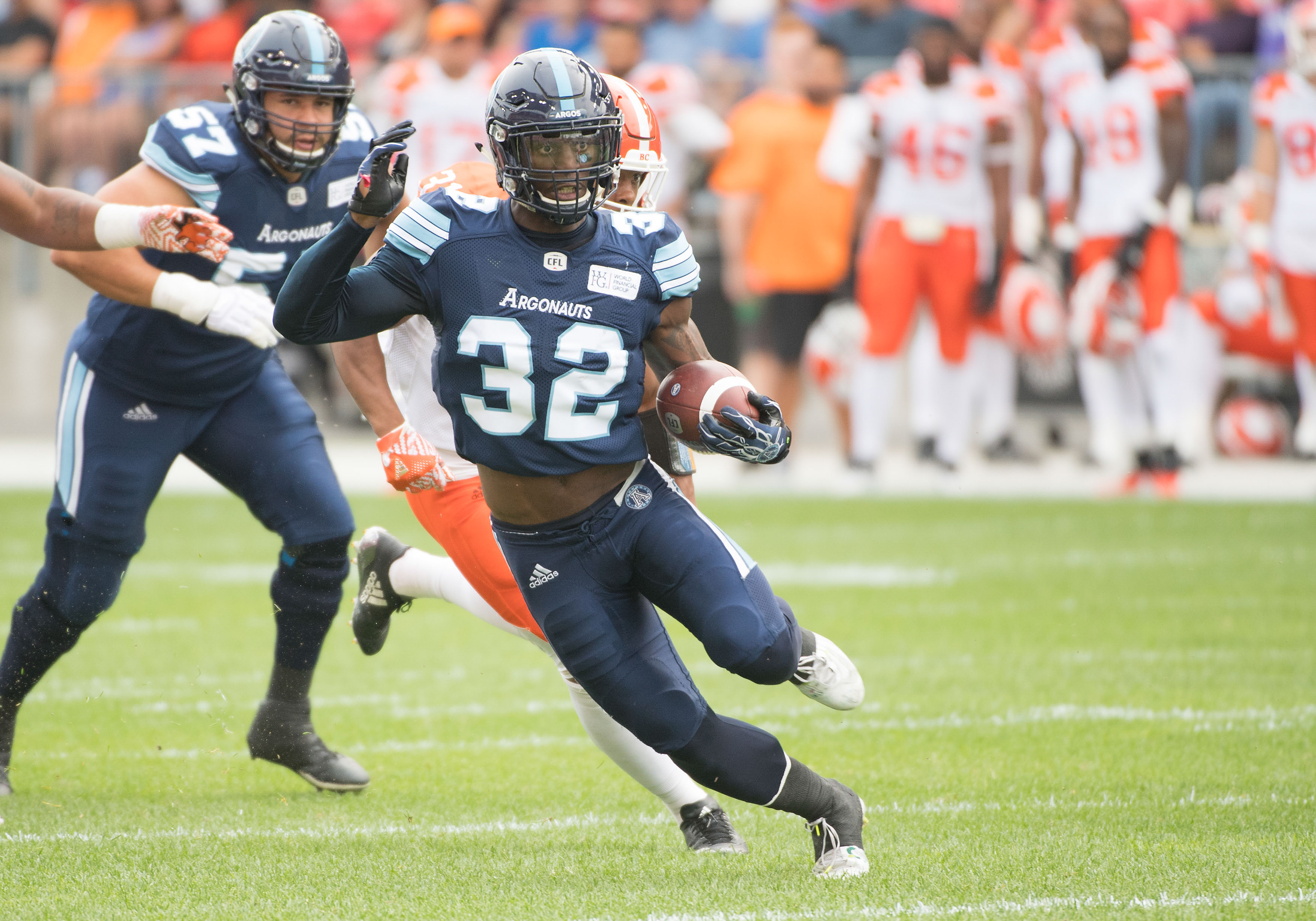 James Wilder, a former Florida State running back, has been invited to a WWE tryout. He confirmed the news on Twitter:

WWE has found stars from the gridiron before as The Rock, Roman Reigns and Goldberg all played football. Former New England Patriots tight end Rob Gronkowski has even made appearances for the company.

What about @WWERomanReigns! He was Canadian football defensive tackle XD and don't forget @JohnCena he kicks out at 2 pic.twitter.com/j5MwvGFtcY

Wilder is much less known than those names but if he can help it, he could be coming to your television screen in the near future.

Wilder played at Florida State for three seasons before entering the NFL draft following his junior season. He went undrafted but signed with the Cincinnati Bengals. He spent time on the team’s practice squad before signing with the Buffalo Bills. Things didn’t work out for him there either.

He found his footing in the Canadian Football League and he has been a key contributor for the Toronto Argonauts.

Wilder was chosen as the Most Outstanding Rookie of the Year in 2017 while helping Toronto win the Grey Cup.

In two seasons with Toronto, Wilder has run for over 1,500 yards on the ground while scoring eight touchdowns. He has also caught over 100 passes for 1,072 yards. Clearly, he’s found a place to continue his career as he is signed with Toronto through the 2019 season.

Now, he seems ready in his football helmet and pads for a pair of wrestling boots and trunks.

Wilder is 6-foot-3 and about 230 pounds. He will turn 27 years old, giving him plenty of time to become a professional wrestler. He certainly has the athletic background to get his foot in the door but does he have the personality to fully live out the dream?

Wilder’s father, James, is the all-time leading rusher for the Tampa Bay Buccaneers.

While former football players like the names mentioned above have thrived in the wrestling industry, others have failed to even scratch the surface, such as former Chicago Bears running back Kahlil Bell, who was initially part of the final 13 competitors on season 6 of Tough Enough but failed to pass the medical tests.

Which list will Wilder fall into? It’s a name to remember and keep tabs on.