Three NFL Teams That Are Currently Interested in Josh Rosen 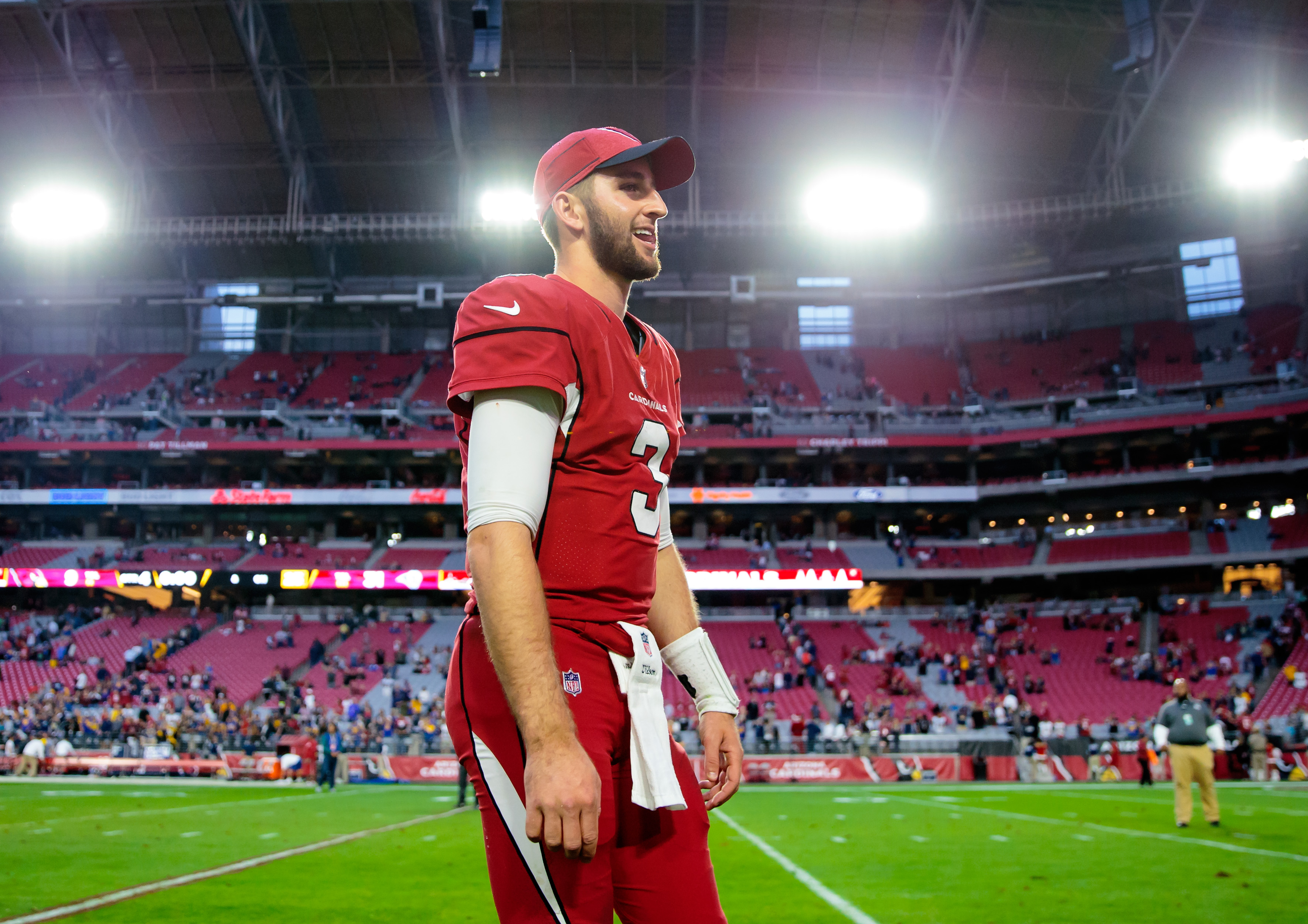 Three NFL Teams That Are Currently Interested in Josh Rosen

Will it be one and done with the Arizona Cardinals for the second-year quarterback, Josh Rosen? All signs point to yes. But we won’t truly know probably until closer to draft time. As the Cardinals are currently doing their due diligence around the league, and scouting potential picks, they have a hard decision to make with the number one overall pick.

Rumors have been spreading like wildfire regarding the Cardinals interest in Oklahoma quarterback, Kyler Murray. Ever since Kliff Kingsbury took over as the head coach, Murray has been linked to the Cardinals. Now that Murray opted out of joining the Oakland Athletics in the MLB, he’s been projected to get selected as high as the first pick in 2019.

Unfortunately, the Cardinals reach a bit of a dilemma. Before selecting Murray, they have to truly confirm with themselves that they are finished with their former first-round pick, Josh Rosen. Although he struggled in his first year, Rosen hasn’t had an honest chance to prove himself in Arizona. Do they really want to give up that quickly? Or will they keep Rosen around for the duration of his rookie contract? Decisions, decisions.

What’s the word around the NFL?

Word around the NFL is that the Cardinals have been shopping Rosen for the last month or so. As early as the NFL Combine, the Cardinals began listening to some offers. And apparently, they also have a second-round pick sitting on the table for them from an unknown buyer. But that second rounder isn’t all that appealing when Rosen just cost them the tenth-overall pick a year ago.

Arizona wants a first-rounder – It probably won’t happen. They will have to budge and go lower if they really wish to trade Rosen. So who’s interested? According to Fox Sports Analyst Joel Katt, there are three teams, who are currently in the mix for Rosen. So who is keeping tabs on the former UCLA quarterback?

Well, obviously. The Giants are still rolling with a 38-year-old Eli Manning. In the eyes of the Giants, Eli is still capable of putting together a solid season and leading them to the promise land. Hey, whatever floats their boat. Regardless of how they feel about Manning in 2019 though, they understand that at some point, Manning will become washed up, even in their eyes.

The Giants were rumored to have interest in Ohio State’s Dwayne Haskins, but lately, those talks have died down. There are still other QBs that are worth the Giants’ first-round pick, but they have immediate needs elsewhere too. So trading for Rosen wouldn’t be a bad idea. Especially if it doesn’t cost them a first-round pick.

The L.A. Chargers are in a similar situation as the Giants, except they are in ‘win-now’ mode. Philip Rivers is still a solid quarterback, but at 37-years-old his days are getting numbered as well. If the Chargers can get Rosen into L.A., he will get to hold the clipboard once again, but learn from a long-time starting quarterback this time around.

Then when Rivers’ time is up with the Chargers, Rosen checks in. The idea makes sense, and so does the location. Obviously, Arizona isn’t too far from L.A., but Rosen also played for the UCLA Bruins. It’s not like they have many ties with the Chargers, but you never know, familiarity with location could help out in a way.

When is Bill Belichick ever not getting his nose into some trading business? Whenever an interesting target gets on the market, Belichick always does his due diligence and picks up the phone. He’s got Tom Brady still, but how long will Brady get to play before it’s seriously time to hang it up?

The Patriots don’t have an immediate need for Rosen, but he would greatly benefit from playing for Belichick in New England. If he’s truly got it, he will work out in New England. If not, then Belichick will cut his losses and move on. If I had to make a guess though, I wouldn’t be surprised if Belichick pries Rosen away from Arizona. And maybe for even less than a second-rounder.