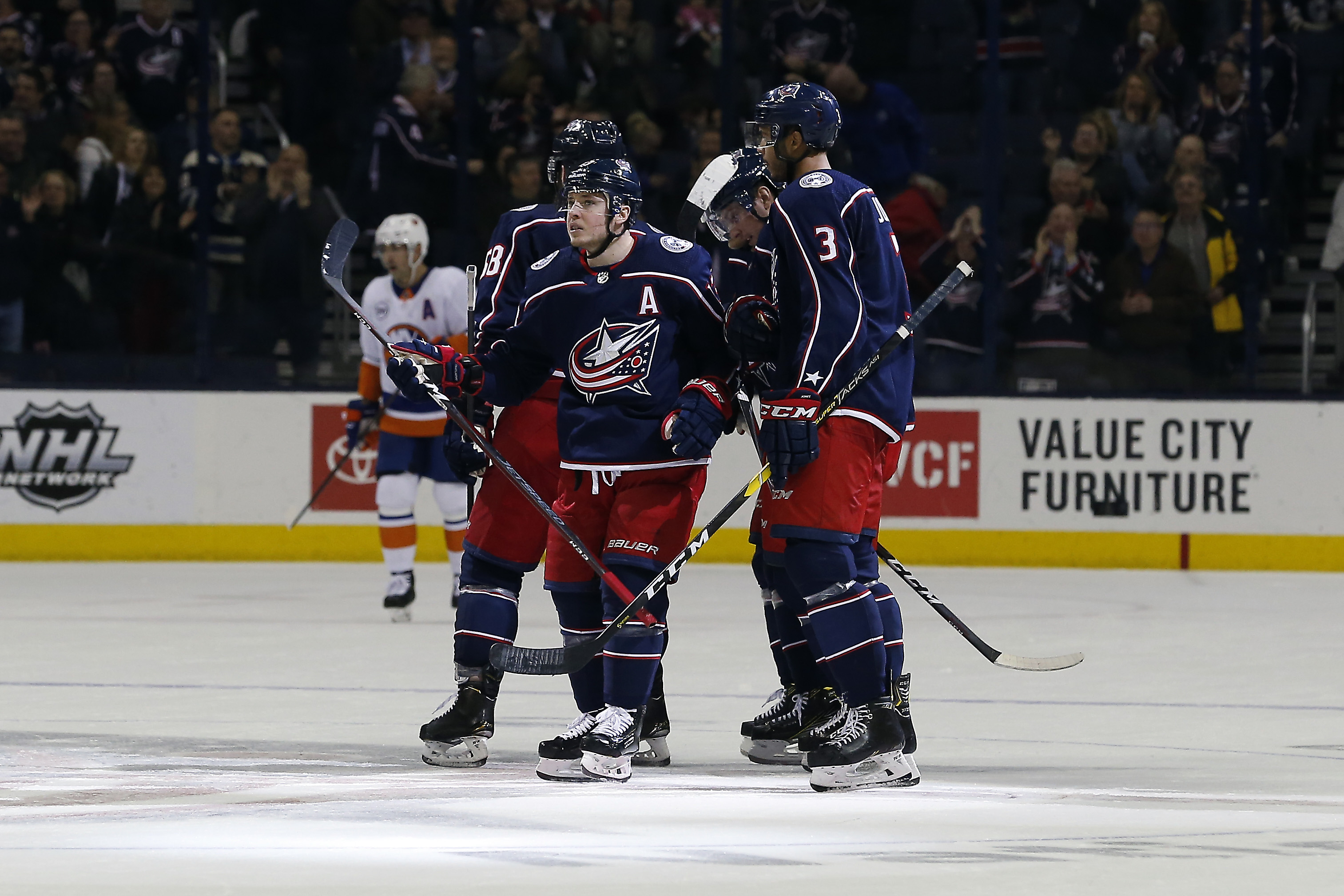 After back to back wins over the weekend to pull within one point of the division-leading Washington Capitals, the Islanders couldn’t make it three in a row and fell to the Columbus Blue Jackets 4-0. It was the third time the Islanders had been shutout in their last five games.

Tuesday was an all-around bad news day for the Islanders. Earlier in the day, it was revealed that Andrew Ladd would miss the remainder of the season with a torn ACL. Then the shutout loss to Columbus dropped the Islanders down to third in the Metropolitan Division.

As has been the trend, the Islanders failed to capitalize on their scoring chances on the Blue Jackets and Sergei Bobrovsky stopped all 26 Islanders’ shots. Thomas Greiss made 29 saves in the loss for New York.

Bobrovsky was able to track most of the pucks that came his way,  with the Islanders failing to block his vision well enough. And when New York had the scoring chances and zone time, Bobrovsky was there to come up with the clutch saves.

“The last two (games) we’ve played have been playoff games,” Islanders coach Barry Trotz told reporters in Columbus. “There is not a lot of room out there and you have to create it.”

While it would take a spectacular demise for the Islanders to fall out of a playoff spot, their hopes of taking the division took a hit with the loss. As did their chance to punch their playoff ticket before they returned to Nassau Coliseum on Saturday.

A win on Tuesday and a win on Thursday would have locked up their postseason berth.

“You obviously want to win these games down the stretch, but we’re not scoreboard watching,” Anders Lee said. “That’s not our thing. … It’s up to us. It’s up to our group and a big one in Winnipeg in a couple of days.”

Despite controlling the opening minutes of the hockey game, the Islanders fell behind early after Ryan Dzingel scored for Columbus on the power play. Dzingle, a trade deadline acquisition for the Blue Jackets, beat Greiss low glove side on a shot from the top of the circle.

The Islanders gave the Blue Jackets a run for the money, marching right back into the offensive zone and nearly tying the game. Brock Nelson was robbed from point-blank range by Bobrovsky.

The Blue Jackets goaltender continued his impressive effort over the Islanders in the second period, when he robbed Josh Bailey and then later Casey Casey Cizikas on a partial breakaway.

Artemi Panarin padded the Blue Jackets lead at 2:38 of the third period, which was the first of three goals in the final 20 minutes. Oliver Borkstrand gave the Blue Jackets a 3-0 lead at 11:14.

Cam Atkinson made it 4-0 game with an empty-net goal in the final minute of the game.