Joshua Jacobs set to meet with the Ravens next week 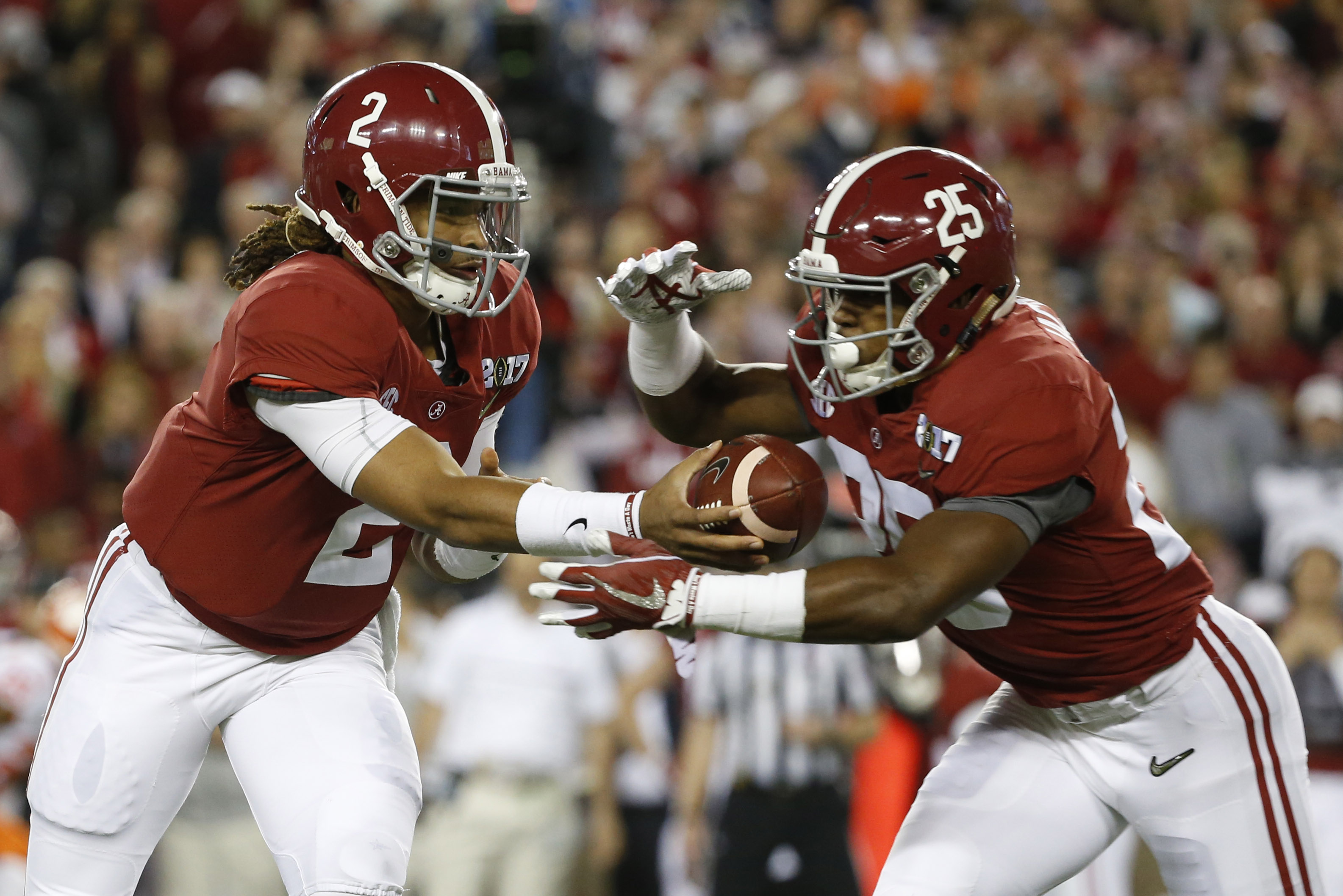 Joshua Jacobs set to meet with the Ravens next week

Could Joshua Jacobs get paired up with Mark Ingram in 2019?

The NFL Draft visits are underway, and the running back situation for this season is going to be quite interesting. Unlike the last few years, there doesn’t seem to be a clear-cut, game-changing back in this draft. Although many insist that Alabama running back, Joshua Jacobs is the prospect in this draft that is worth a first-round selection.

We’ll see if that’s honestly the case or not. But it’s pretty clear that if Jacobs is still on the board after the opening night, then he’s most likely not going to last very long during the following round. Jacobs is beginning to garner some heavy attention around the league.

Being that he’s the better back of a two-man bunch coming out of Bama, it’s no surprise that teams are lining up to meet with him ahead of next month. Which teams are willing to get a close look though? Well, for starters, the Baltimore Ravens are setting up an official visit with Jacobs, and he looks to be in Baltimore next week for an official visit.

Jacobs and Ingram could be a match

Alabama RB Josh Jacobs, considered the top back in the draft will visit the Ravens next week. Eagles, Titans, Colts among other teams very intrigued by him

Despite signing former New Orleans Saints running back, Mark Ingram two weeks ago, the Ravens seem to still be in the market for a running back. With the way the Saints operated and used Ingram in a steady rotation along with another running back, the Ravens are seemingly going to try and go for the same type of system. Seeing as though Jacobs is viewed as one of the top backs in the Draft, it makes sense why Baltimore is going to give him a look.

As for the other interested teams, CBS Sports’ Jason La Canfora reports that the Philadelphia Eagles, Tennessee Titans, and the Indianapolis Colts are beginning to get intrigued as well. In this case, the Colts would be the most sensible destination aside from the Ravens.

With the Eagles surely in need of a back, it’s become clear that they won’t prioritize the position enough to pull the trigger on drafting one early. And as for the Titans, they already have Derrick Henry leading the charge in the backfield. They attempted to have him paired up with DeMarco Murray in the past, but Henry wasn’t much of a contributor in a committee.