Will the Los Angeles Rams extend Jared Goff this offseason? 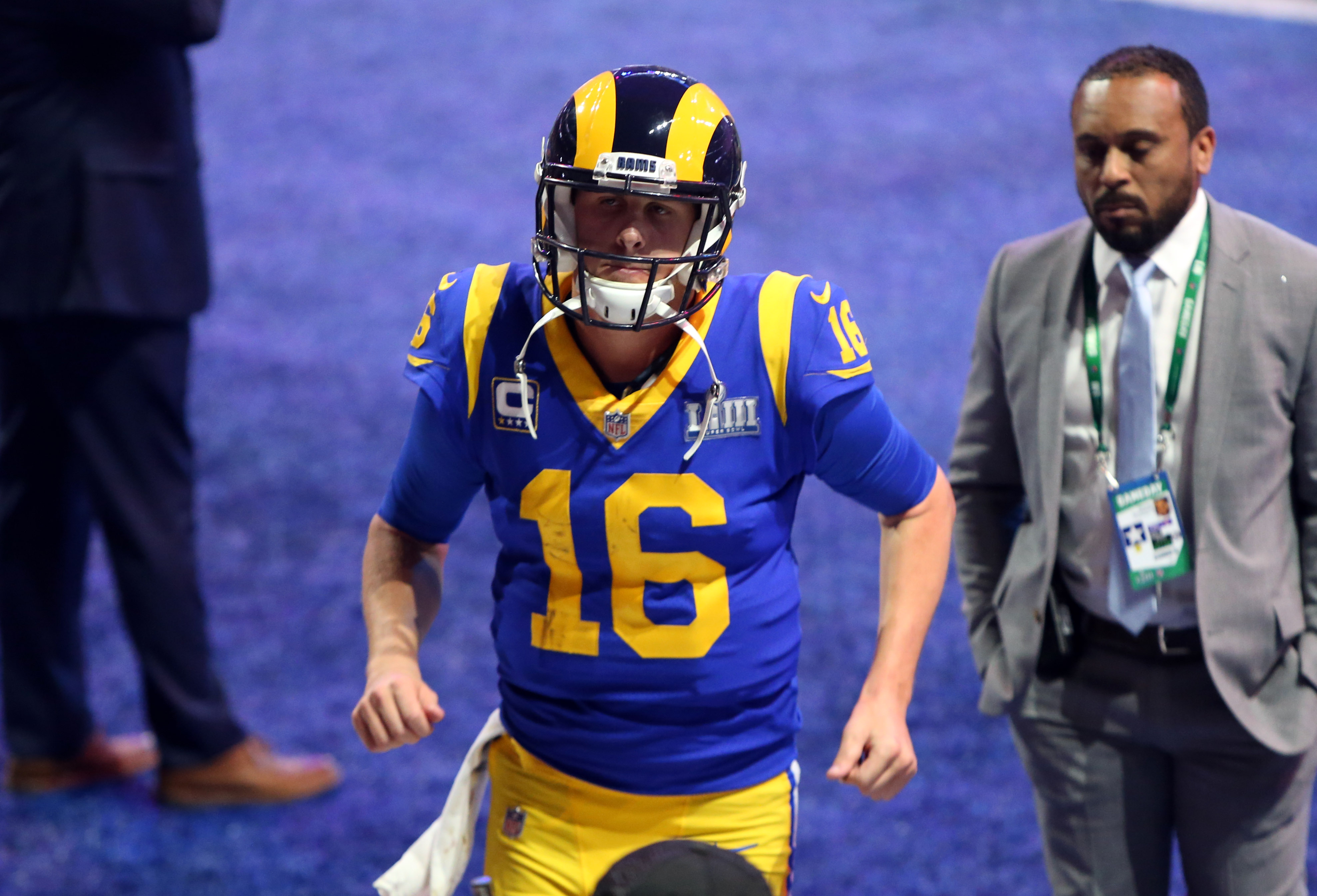 Will the Los Angeles Rams extend Jared Goff this offseason?

With his contract almost being up, will the Los Angeles Rams get a head start on extending Jared Goff?

Typically, when an NFL franchise quarterback has proven himself within the first three seasons of his career, teams’ try to lock, said quarterback up long-term, sooner than later. Well, It’s about that time now for the 2016 NFL Draft selections to start seeing their potential big paydays.

Guys like Jared Goff, Carson Wentz, and Dak Prescott all have contract seasons coming up. All three guys could potentially see record-breaking deals. But which one of them will get there first and raise the bar?

The Philadelphia Eagles praised Wentz this week, while coaches and general managers were out in Arizona. At this point, Philly has made it clear that their No. 2 overall selection with Wentz was a win. They will issue Wentz a contract, but the timing is still unclear. My best guess? They get something done around training camp time.

As for Dak Prescott, Jerry Jones and the Dallas Cowboys couldn’t be more clear that they see Dak as their new Tony Romo. He’s the guy. He will get paid. When will it be? Most likely sooner than later. At this point, I’m actually shocked that it’s not already done.

Now, that leaves us with the Los Angeles Rams signal caller, Jared Goff. The former first-overall pick of the 16′ Draft. When will Goff get his generous payday? Apparently, his team doesn’t seem as eager to issue him one right now. It could be tomorrow. However, it could also be next year during the offseason. In other words, it hasn’t really been talked about.

Are the Rams sold on Jared Goff?

McVay on possible Goff extension: "Jared’s obviously extremely important to us. But those are things that, we know we want to get him done at some point. Whether it happens this year, next year, those are things we haven’t really gotten into in depth about yet."

Will the Rams extend Jared Goff? It sounds like it’s most likely to happen. But as the former first-round pick hasn’t necessarily looked like an MVP-caliber player for the majority of his career, it’s unclear whether Goff will get some crazy, record-breaking extension or not.

The question for the Rams is not whether they are sold on Goff or not as a franchise quarterback. It’s more about how much are they sold on him as a franchise-changing player. Obviously, the impact of Sean McVay over in L.A. makes a significant difference. We all saw what a Jeff Fisher-coached Jared Goff looked like and it wasn’t pretty.

Goff is a good quarterback, but still has more to prove. It sounds like the Rams are more than willing to wait it out before extending Goff this season. They want to be able to spend while they still can without worrying about Goff’s major payday. Plus, seeing what he does this season could really change his value for better or for worse.