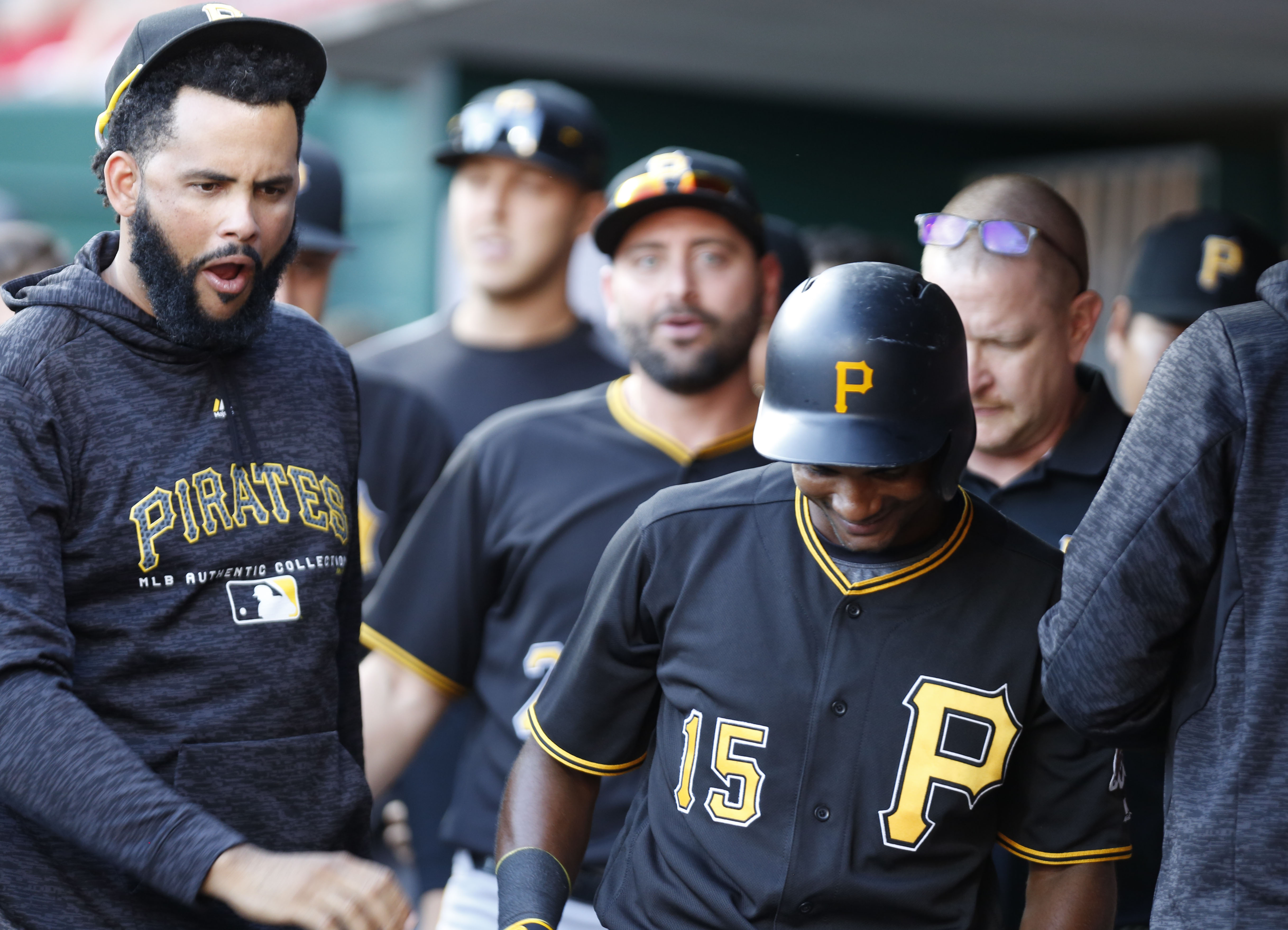 Well that was a quick buzzkill.

New Pirate acquisition and presumed starting right fielder Lonnie Chisenhall won’t suit up for the black and gold anytime soon after The Athletic’s Ken Rosenthal reported he will miss at least the first month of the season with a broken right hand. This after being hit by a pitch in an exhibition game in Houston Monday by Astros pitcher Framber Valdez.

Chisenhall, a former Cleveland Indians utility man – was acquired to fill the shoes of everyday rightfielder Gregory Polanco as he continues to recover from an off-season procedure on his left-shoulder that should sideline him well into May.

When looking at the big picture, what does this mean for the Pirates?

For starters, this will thin out the bench significantly. Veteran outfielder Melky Cabrera, who signed a minor-league deal with the Pirates in February, will now likely be the everyday man in rightfield until Polanco or Chisenhall gets healthy.

Cabrera appeared in 78 games last season and hit a respectable .280 with 6 home runs. I don’t think there is a vast discrepancy in what the Pirates will lose or gain at the plate with Chisenhall vs. Cabrera, but I do view the Pirates’ bench as a regular who’s who.

Instead of Melky Cabrera being anointed the first reserve outfielder off of the bench, that now will be Pablo Reyes or J.B. Shuck.

Reyes impressed in limited action with the ball club last year, batting .293 in 58 at-bats while playing some sparkling defense in the corner outfield. Shuck, a 31-year-old journeyman is another utility player who agreed to a minor-league deal with the Pirates this off-season. The left-handed outfielder split time between Triple-A and the Miami Marlins last season, and owns a career .244/.294/.316 slash line across parts of six major-league campaigns.

Expect some rotation of Cabrera, Reyes and Shuck to start the season with the hot-hand getting a chance to stick as the regular. For my money, Cabrera is the steadiest of the three and will get the first shot, but Reyes is the most exciting and should ultimately overtake the grizzled vet.

The short-term impact it will have on the overall club remains to be seen. If starting outfielders Starling Marte or Corey Dickerson are unable to play for any reason over the next month this lineup is in a heap of trouble.

The pressure on the pitching staff continues to grow as ownership did next to nothing to help a bottom-15 offense this season, and now have to deal with multiple injuries to boot.

Chisenhall joins three other regulars to open the season on the injured list – a list that includes Polanco, Catcher Elias Diaz, and power bench-bat Jose Osuna.

This is a team in need of a hot start to bring a dispirited fan base back to the ballpark this summer. That means they better find the right combination at the dish to compliment a steady pitching staff sooner, rather than later.

If the baseball club starts out fighting from behind with a 10-17 record, or somewhere along those lines, I’m not sure the return of Chisenhall will be enough to save the season.