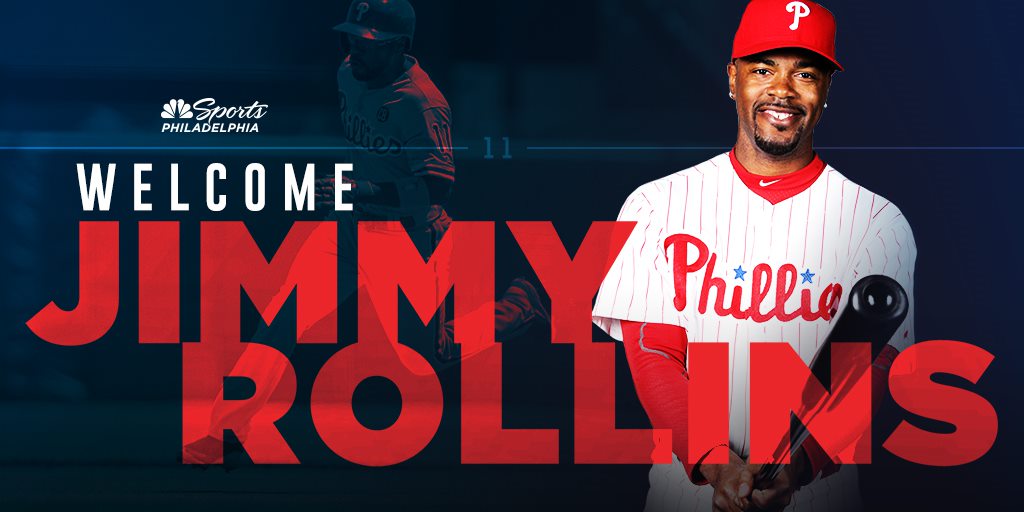 Get ready to see more Jimmy Rollins this season. The MVP shortstop is going to be joining Tom McCarthy in the TV broadcast booth this season as part of the TV team.

Rollins announced the news himself during an in-game interview with Gregg Murphy as the Phillies were battling the Braves in the season opener. Moments later, the news was made Twitter official from NBC Sports Philadelphia.

We're happy to announce that @JimmyRollins11 will be joining us in the broadcast booth for select games this season!

Catch his debut on Monday, April 22 against the Mets. pic.twitter.com/gTOiwxFOTU

Rollins joined the pregame show to share some of his thoughts about the team leading up to the home opener, and he was great in that spot. I hope he gets some chances to do some more pre and postgame work in addition to his mix of games in the booth. Since he started working on TV in his post-playing days, he has been solid at it. That was to be expected given his charisma though.

I am certainly looking forward to catching some games with Rollins in the booth.