Jordy Nelson Will Be Remembered as an All-Time Great Packer 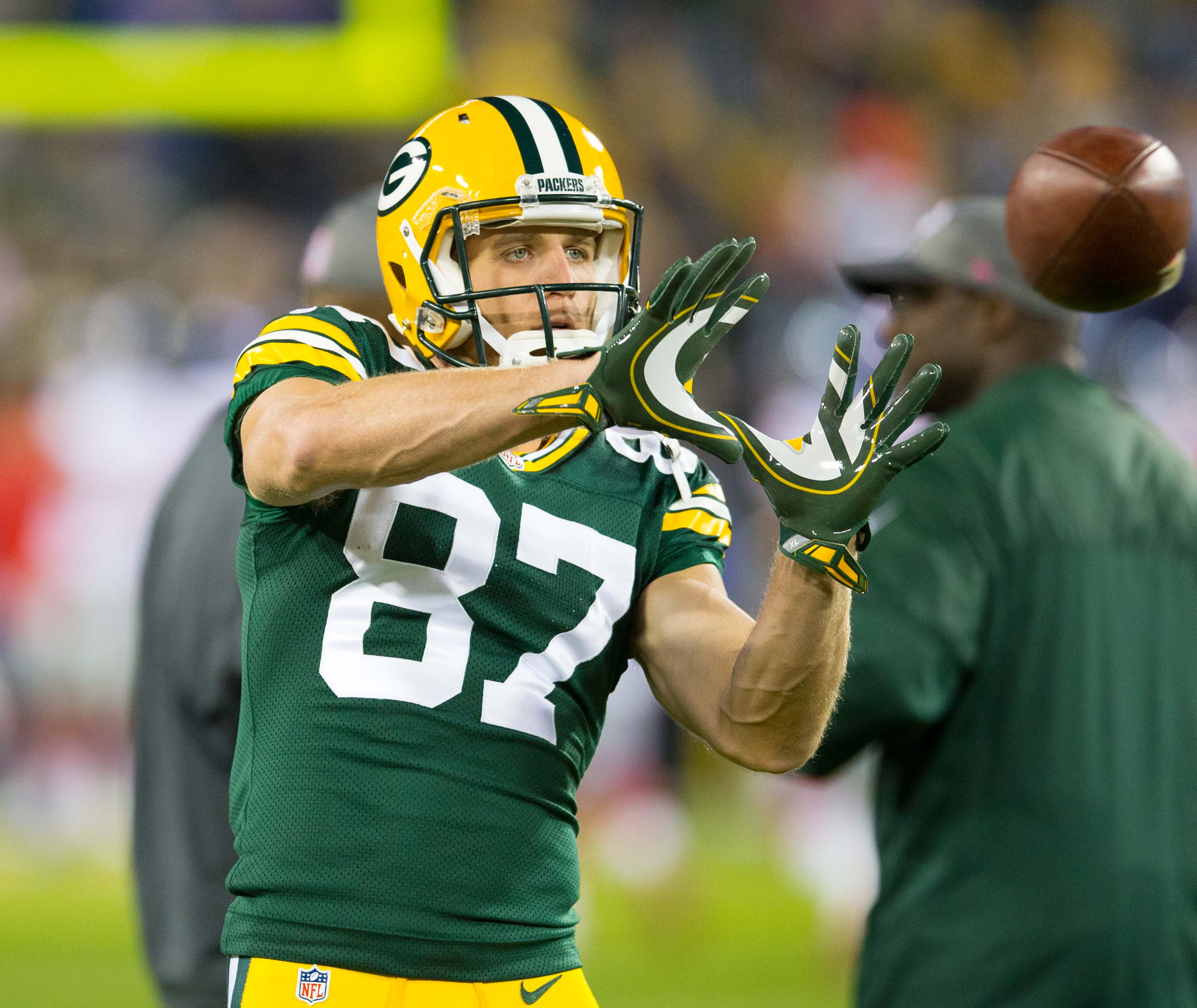 Jordy Nelson Will Be Remembered as an All-Time Great Packer

Former Packers wide receiver Jordy Nelson announced his retirement on Wednesday, bringing an end to a 10-year NFL career. The former Kansas State star spent nine years with the Packers before spending the 2018 campaign with the Raiders. Nelson will go down as one of the greatest wide receivers in Packers history.

The Packers selected Nelson in the second round of the 2008 NFL Draft. He struggled over his first two NFL seasons, catching 33 catches as a rookie and just 22 in his second season.

But in 2010, Nelson established himself as a legitimate NFL receiver. His role on the Packers deep receiving corps expanded as the season progressed and by the playoffs, “White Lightning” had become one of Aaron Rodgers’ favorite targets.

Nelson had one of his most memorable games in Super Bowl XLV. He finished the contest with nine catches for 140 yards to lead all Green Bay receivers. He also scored the game’s first touchdown that gave the Packers a lead they would never relinquish.

While Nelson had good speed, it was his size, strength and route running that made him a special talent. He also had exceptional chemistry with Rodgers who always seemed to look for number 87 when he was extending a play and trying to make something happen.

“We know each other on the field really well,” Rodgers said in 2017. “He understands when the ball’s coming out, where he needs to be in certain spots. We’ve done so many things in practice over the years. He’s always seeing the game through the quarterback’s eyes. He knows timing and spacing and second and third reactions better than anybody that’s ever been here.”

Nelson compiled four 1,000-yard seasons and topped 85 receptions and 10 touchdowns in a season three times each. His best season came in 2014 when he grabbed 98 passes for 1,519 yards and 13 touchdowns. He earned Pro Bowl honors for the first time after the 2014 campaign.

A non-contact injury in a preseason game caused Nelson to miss all the 2015 season but he earned the NLF’s Comeback Player of the Year Award in 2016 when he caught 97 passes for 1,257 yards and 14 touchdowns.

Nelson struggled in 2017, especially after Rodgers was lost for a good part of the season with a broken collarbone. He averaged just 9.1-yards per catch and caught only 53 balls all season. The Packers released Nelson in March of 2018 and he later signed with the Oakland Raiders. The Raiders released Nelson earlier this month after they acquired Antonio Brown in a trade with the Pittsburgh Steelers.

Packers GM Brian Gutekunst was quick to acknowledge Nelson’s place in Packers’ history. “I think one of the things that always stood out about Jordy to me was his preparation, his sacrifice to the game and to make himself prepared not only physically, but mentally,” Gutekunst said shortly after Nelson announced his retirement. “He had excellent eye-hand coordination, his ability to find the ball, track it and get in position to make tough catches, even when he was covered, I think was very impressive.”

“Playing big at big moments, you know I think he always came through for us. I thought in scramble plays, I thought his intuition with Aaron and finding open spots and getting open was always impressive.”

Nelson is third all-time in Packers franchise history with 550 career receptions and fifth all-time with 7,848 yards. His 69 touchdown catches place him second in Packer annals behind Hall of Famer Don Hutson. Nelson will be inducted into the Packers Hall of Fame as soon as he is eligible and will always be remembered as one of the all-time Packer greats.