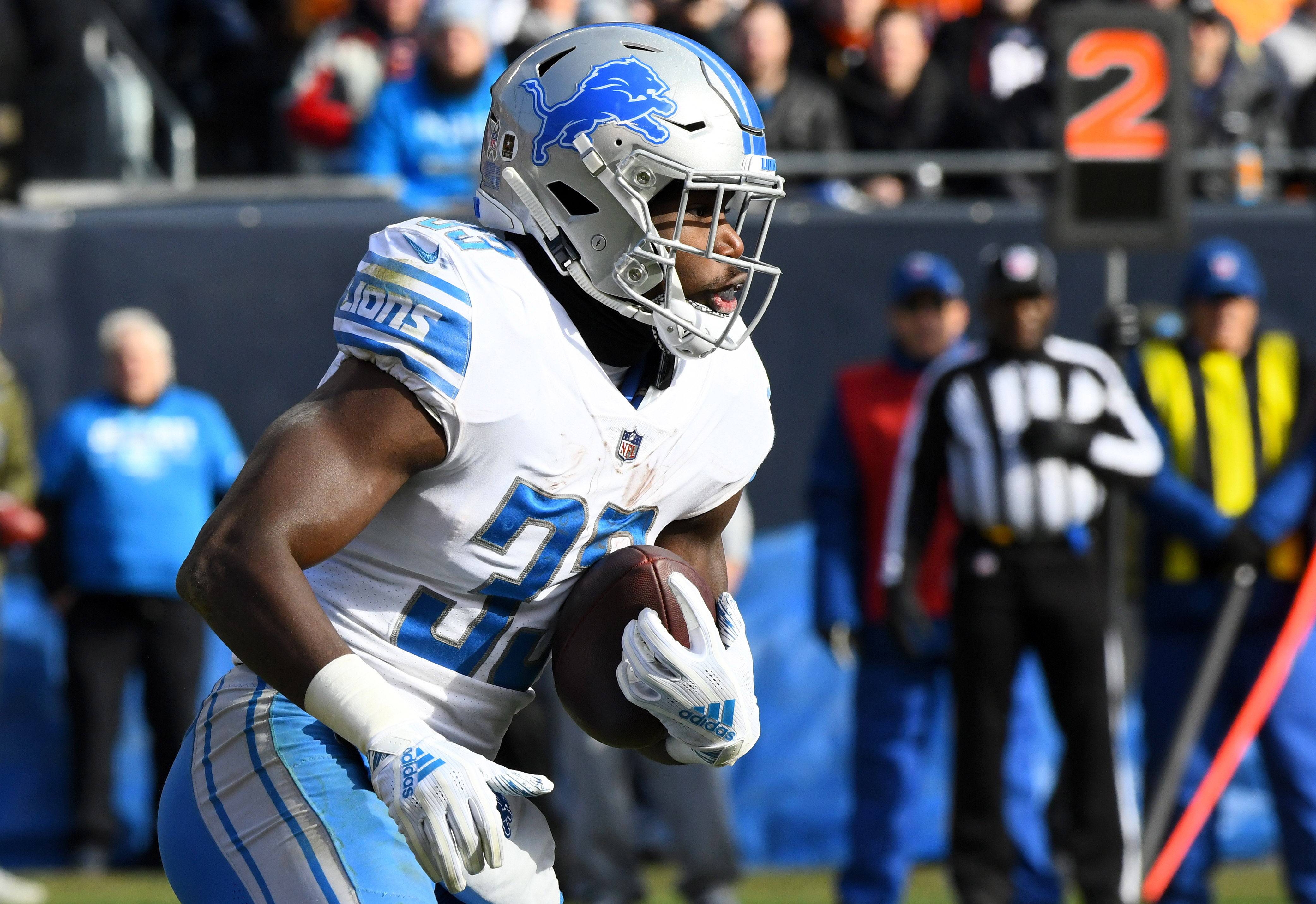 After an impressive rookie effort, Kerryon Johnson isn’t expected to see an increase in carries for 2019.

Being a running back in the NFL is tough nowadays. Aside from a few names such as Ezekiel Elliott, Todd Gurley, and Saquon Barkley, it’s hard to get ownership of a backfield. Those names listed above are the headliners of their respective offenses. Other running backs around the league? They are just one piece to the puzzle.

Over the last few years, the Detroit Lions have been trying to figure out how they can get the most out of their running game. They have drafted and signed multiple guys over the years, but ultimately, they remain underwhelming in the rushing category.

That’s why the 2018 season was expected to be so exciting since they not only signed a back-to-back champion in LeGarrette Blount, and drafted Kerryon Johnson with a second-round selection. Blount ended up struggling for the Lions last season, but Johnson’s emergence was a pleasant surprise. That was until he suffered a season-ending injury.

Johnson only managed to play in ten games during his debut season, but his 5.4 yards-per-carry was an impressive feat, which had the city of Detroit excited for his Sophomore effort. But don’t get too excited just yet, because the Lions don’t intend on ‘overworking’ Johnson next season.

Will Johnson take over the backfield?

According to Detroit Free Press’ Dave Birkett, Johnson could see a limited role upon his return in 2019. Understand that the Lions’ approach isn’t an attempt to ease Johnson into a bell-cow role per se, but they don’t want to wear out their young running back early on. Considering the significant decline that running backs see in health and production towards their late 20’s in today’s NFL leaves franchises a bit worried.

“Regardless of Kerryon, I think it’s a position-specific thing where those guys, they take a lot of hits,” Patricia said. “They’re in those situations a lot where their bodies are taking some pounding so you want to be conscious of how many plays they’re getting, especially early on in the year. And obviously, we just want to win. That’s the most important thing. But you do have to look at big picture and say, ‘OK, great, we could win a couple now, but if we wear this guy out and he doesn’t help us in the long run then what’s the trade off?’”

The Lions won’t shelf Johnson, but anybody expecting him to headline the backfield by himself shouldn’t fool themselves. Detroit is going to take a very conservative approach, which is logical considering that Johnson was such a high draft pick. Selecting running backs early on can be risky. And preserving their health is key to making sure it all pays off. It might be frustrating in year two, but the Lions are playing it smart.