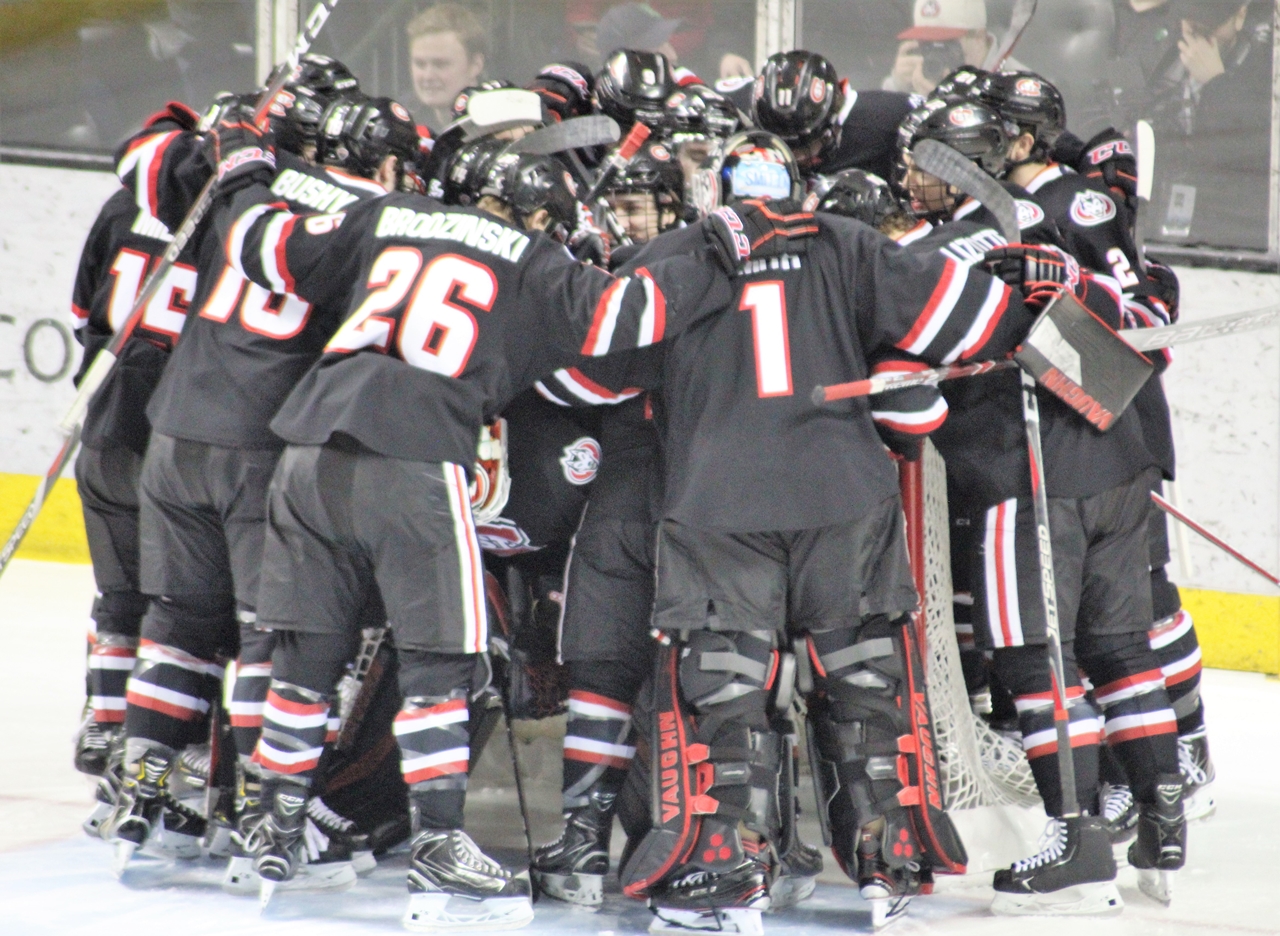 This weekend, the NCAA kicks off the Division I men’s hockey playoffs. Even though the University of North Dakota men’s hockey team isn’t in the NCAA playoffs this season, I will be headed to Fargo, ND, to cover the West Regional Championship.

Last week at the Frozen Faceoff, I told a friend, I feel a void (yes, UND has missed the NCAA tourney two years in a row). While our favorite team may not be there, let’s stop and enjoy the moment. It is what it is.

Moving forward, I do predict that next season, UND will again make the NCAA tourney. Moreover, I predict that Canisius College will be on the wrong side of two lopsided losses next October. Just two years ago, UND bounced SCSU in the first round of the NCHC playoffs. Look at them today.

During the second half of the season, I have been doing some writing for Amateur Sports TV. I have no idea what that’s going to turn into. I will again be writing for Inside Hockey.

This is what we know. There can be at best, two National Collegiate Hockey Conference teams in the Frozen Four. I will save you the conspiracy theory. There’s no black helicopter landing in Fargo.

Here are some of the themes and stats surrounding this regional. In the West Regional, we have St. Cloud State 30-5-3, Ohio State 20-10-5, Denver 22-11-5 and American International 22-16-1. The biggest question, can SCSU finally advance to the Frozen Four. Last season, the Huskies were unceremoniously bounced by the Air Force Academy Falcons.

With that in mind, this season, I am picking Ohio State University to advance from the West Regional. I look forward to hearing how wrong I am at the end of the weekend.

This afternoon, I took a look at the statistics and on paper, the Huskies should run American International right out of the building. Yes, see last season’s, Air Force team that shocked SCSU 4-1 in the first round of the West Regional.

Obviously, the games aren’t played on paper, but this could end up being a really onesided affair. However, with that said, no one will complain if I am able to pen the title “Yellow Jackets Sting Huskies”. If the Huskies have a weakness, it’s their goaltending.

The game between the Buckeyes and the Pioneers could end up being a goaltending battle. Both teams feature outstanding goalies. For DU, it doesn’t matter which one plays. Both are very capable.

Links to the West Regional

Why they will not advance to Buffalo: St. Cloud has bowed out in the first round of the NCAA tournament each of the last two years. Last time, it was as the No. 1 overall seed against the Atlantic Hockey champion.

For as good as St. Cloud State has been all season in putting together 30 wins, four of the Huskies’ five losses have happened since New Year’s.

Now would be a bad time to pick up No. 6, and SCSU isn’t taking any chances.

“It’s a fine line. We can embrace being the underdog to a certain degree but we also want our guys to be confident in our ability. There’s a reason why we are here. We’re earned out way in and played out way in. We’re battle tested,” Lang said. “We deserve to be right where we are. It’ll be nice to hunt vs. being the hunted. … The longer this thing goes and the score stays tight, the pressure then shifts. We’ll have to weather some storms. We know that.”

The NEW episode of #ThePipelineShow is ready NOW

The NCAA National Tournament Preview Special features @DStarmanHockey @CHN_AdamWodon @jimmyconnelly and Dave Hendrickson breaking down each of the 4 regionals. @collegehockey