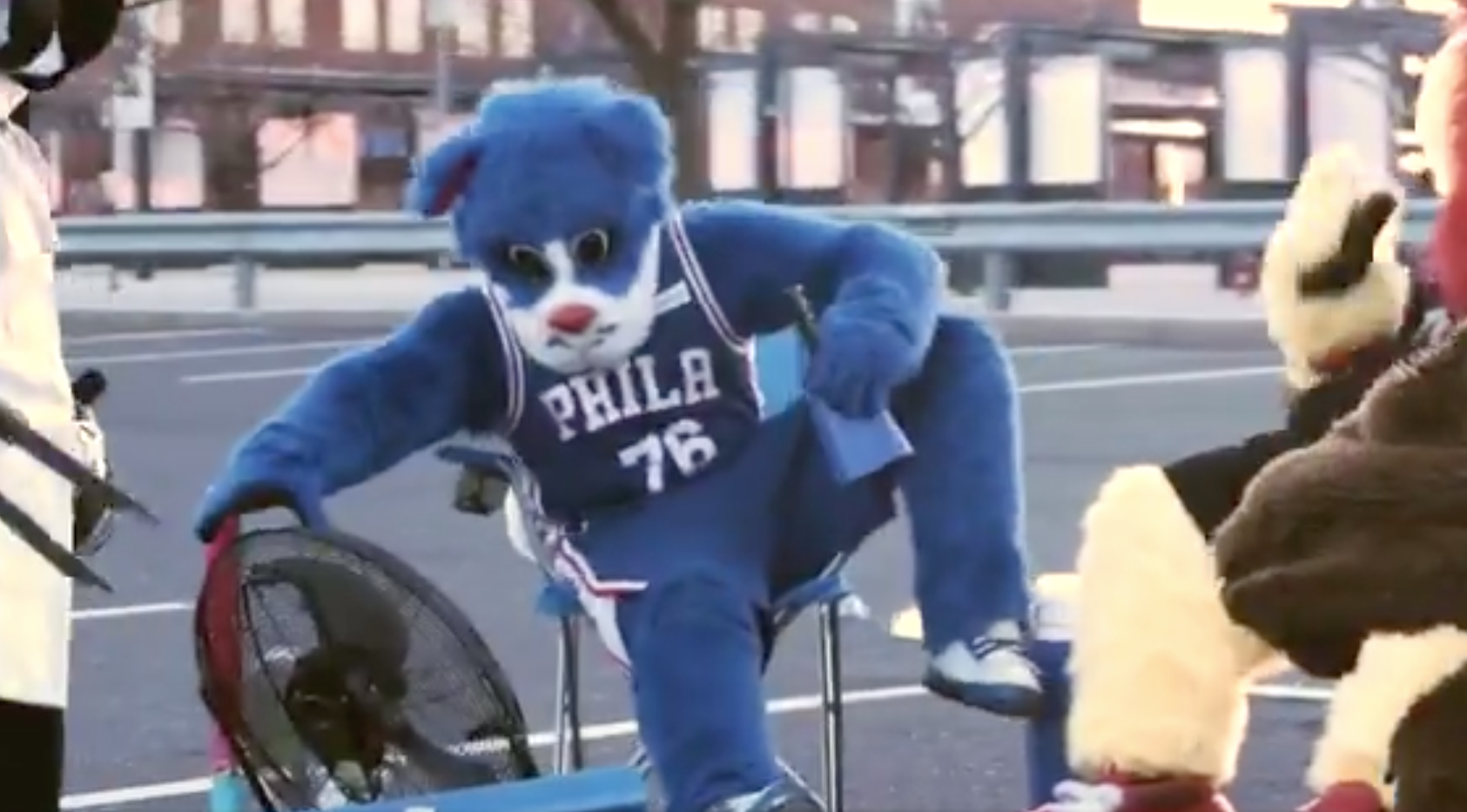 A brand new baseball season is just hours away from the first pitch being thrown for the Philadelphia Phillies. The buzz is palpable around the Delaware Valley after a busy offseason for the Phillies with the addition of multiple all-stars all culminating in the signing of Bryce Harper. With the expectations as high as they have been in some time, the excitement for this particular opening day is as widespread as it has been in years.

It seems the city’s mascots are eager to see what the Phillies do as well. In a show of brotherly love, the local mascots got together to shoot a video of them tailgating in anticipation of the first Phillies game. Notably absent is the Phillie Phanatic, who was probably busy in Clearwater at the time of shooting.

What’s not to love here with the mascots playing some whiffle ball in the parking lot and gathering around to down some pregame brewskis? What other city is going to give you that?

I hope Franklin hasn't been driving to drinking away his woes after the Sixers lost back-to-back games against Atlanta and Orlando. pic.twitter.com/l5v92nRjdl

This is yet another reminder that the sports mascots in Philadelphia are unrivaled.