This just in: Aron Baynes and Al Horford are a dynamic defensive duo 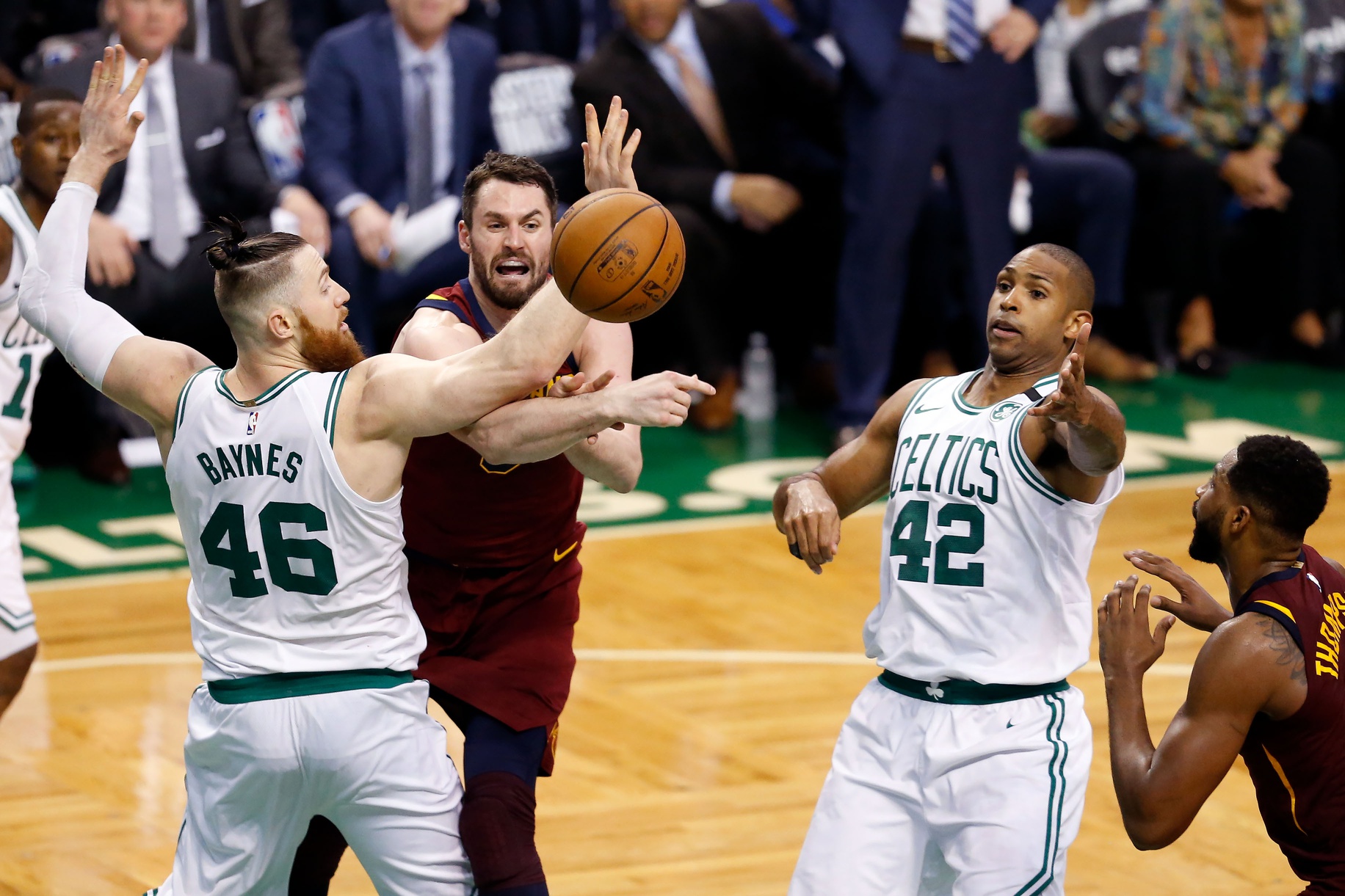 This just in: Aron Baynes and Al Horford are a dynamic defensive duo

Mass Live’s Tom Westerholm examines the defensive impact Al Horford and Aron Baynes have when they hit the court together:

On Tuesday, Baynes had to be ready for a new situation: He started next to Al Horford, replacing Marcus Morris in the first unit. That wasn’t a complete departure — Baynes started 67 games in 2017-18, and he started 11 this season prior to Tuesday. But with the postseason looming and Morris slumping from behind the arc, the move felt a little more permanent than previous stints, particularly since the Celtics’ first-round series will likely be against the Indiana Pacers — a team with multiple big men who often play next to each other.

Baynes — especially in tandem with Horford — is often what’s working for the Celtics. The duo has played limited minutes together this season (just 95 after starting together on Tuesday), but they are +25.8 this season with a net rating of 29.1. Their defensive rating is a miserly 92.5, which would be the league’s best total by nearly 12 points.

“Baynes is one of the best defenders I’ve ever seen, especially at the big position,” Smart said. “Al is Al. He can do a plethora of things. You got those two guys back there manning down the back for you and can see everything and they’re back there protecting. It makes our job as guards a lot easier. They can tell us where we need to be.”

I like this pairing, although it puts a lot of pressure on Horford and his balky knee when he’s covering quick power forwards.

It should be favorable against the Pacers. Baynes will draw Myles Turner, and Horford can match-up with Thad Young or Domantas Sabonis.

Against Milwaukee, Baynes gets Brook Lopez and Horford draws Giannis. Not an easy task for Horford, but who’s stopping Giannis anyways?

Philadelphia is another story. Either can cover Joel Embiid, but where do you stick Horford if both are starting? I like Horford on Ben Simmons late in games, but I don’t want Al chasing him for 4 quarters.

With Toronto… wait, am I really going to plot match-ups for the entire playoffs when this team can’t even string together wins over bad teams? Hmmm, maybe I’m more optimistic than I let on.