Your Morning Dump... Where it was a good night on the seeding front and the lottery front 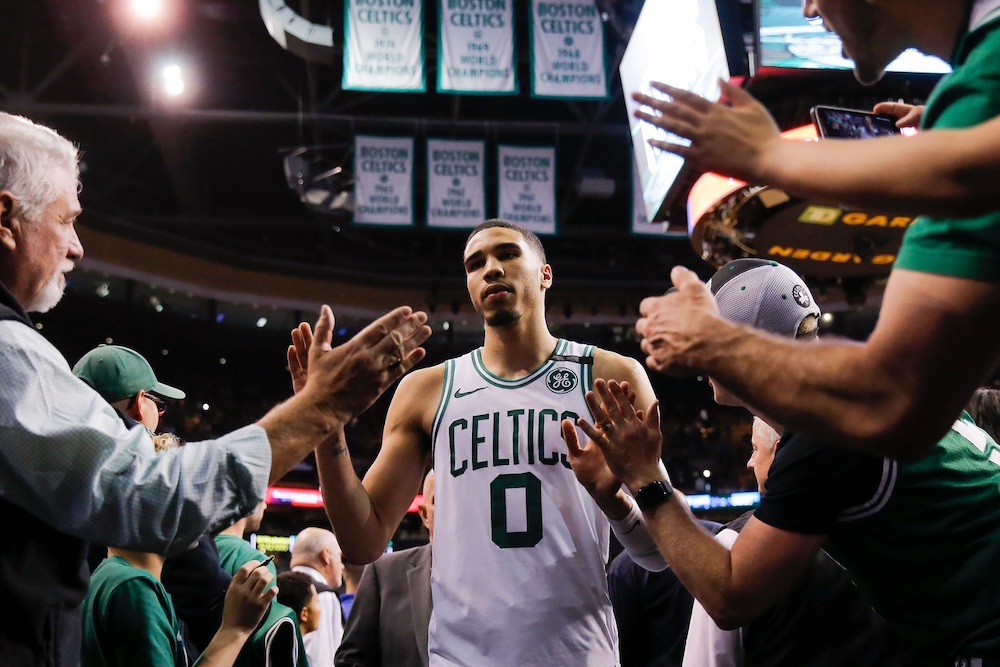 Your Morning Dump... Where it was a good night on the seeding front and the lottery front

This time, the Pacers scored at 10:48 of the third quarter and didn’t score again until the 3:57 mark. They missed 14 consecutive shots during that 24-0 burst by Oklahoma City, the longest run without a point allowed in the NBA this season, according to ESPN Stats & Information research.

“That was the game,” Pacers coach Nate McMillan said. “We knew they were going to come out aggressive. Paul and Westbrook came out aggressive, attacking the basket, scoring. They made their run and were able to get the momentum and just really take control of the game.”

It was a critical win for the Thunder, who had lost five of six.

Kevin Durant had the best shooting night of his career to help the Golden State Warriors take the outright Western Conference lead.

Durant and Stephen Curry each scored 28 points, with Durant going 12 of 13 from the field, and the Golden State Warriors beat the Memphis Grizzlies 118-103 on Wednesday night.

Good night of scoreboard watching here in Boston. In terms of playoff seeding, tomorrow night’s game against the Pacers will officially be for the 4th seed, at least temporarily. The Celtics sit one game behind Indiana and a win would give them a 2-1 season series edge with one head-to-head match-up left on April 5th.

The battle for seeding is significant enough, but also gives  this game a little added weight, which the Celtics need right now. I don’t know about all of you, but I feel like I’ve learned a little something about the Celtics in regards to how they play when the stakes feel higher. December 25th against Philly, on the road against the Warriors after a home losing streak. We’re all tired of this Celtics season, and have begun eye-rolling quotes like those from Marcus Morris about the team still figuring things out with under 10% of the season remaining. So, let’s see what it looks like when it actually matters.

In the other conference, there’s a jostling for lottery position that should have our attention. The Celtics don’t want the Grizzlies top eight lottery protected pick to convey. It would mean a pu pu platter of 4 underwhelming picks in an underwhelming draft. They should instead hope to pick-watch with the Grizzlies next season. A Grizzlies loss to the Warriors last night helps as they sit with the eighth worst record in the league. The Pelicans sit in 9th. Here, from NBCSports Boston, are their remaining schedules (including last night):

On page 2, do the Celtics have the next Carmelo Anthony?

Using a points scale, executives were asked which second-year stud they would pick. Tatum was third of the four sophomores, behind Ben Simmons of the Philadelphia 76ers and Donovan Mitchell of the Utah Jazz, and ahead of De’Aaron Fox of the Sacramento Kings.

While one lauded Tatum for being well-rounded and another noted how good he was at position lacking high-end talent, others were less than complimentary.

“Tatum might be Carmelo [Anthony],” one West executive said. “He needs the ball in his hands.”

“Tatum is a complementary player,” an East executive said.

The comparison to Anthony is probably the product of Tatum’s propensity to isolate, hold the ball, and take mid-range shots. There is certainly some element of Anthony’s notorious slow-down game in Tatum.

However, Carmelo Anthony spent the bulk of his career with a usage rate (the percentage of plays he finished with a shot, assist, or turnover. This is essentially measure of how many times a player ends an offensive possession) somewhere around 30 percent or higher. Tatum’s is up to 22 this season, higher than last year’s but a lot lower than Anthony’s. In fact, only once in Anthony’s career did he have one lower than 22, and that’s this current season.

So, let’s start by saying that the Western Conference executive might be right. Jayson Tatum could end up comparing to Carmelo Anthony.

Is that necessarily a bad thing?

Everyone has the image of washed Carmelo in their heads, but Anthony was a perennial all star and one of the best scorers in the league for a long time. He never played with another star who complemented his game (mostly his doing by forcing his way to New York via trade) and did happen to make the western conference finals early in his career.

The Eastern Conference Executive could be on to something; he might also be a complementary player.

Is that necessarily a bad thing?

Projecting Jayson Tatum and getting upset about those projections isn’t important right now. A lot of this will depend on who is on the team next year — Tatum himself might not be. Right now, Jayson Tatum needs to help the Celtics make a deep playoff run and projections will take care of themselves.

ESPN: Which super soph would NBA execs build around?

NBCSports Boston: Celtics analysis: Horford-Baynes lineups intriguing, but not worth the risk |  Celtics close out the season with high stakes stretch

Hall of Very Good 56m ago