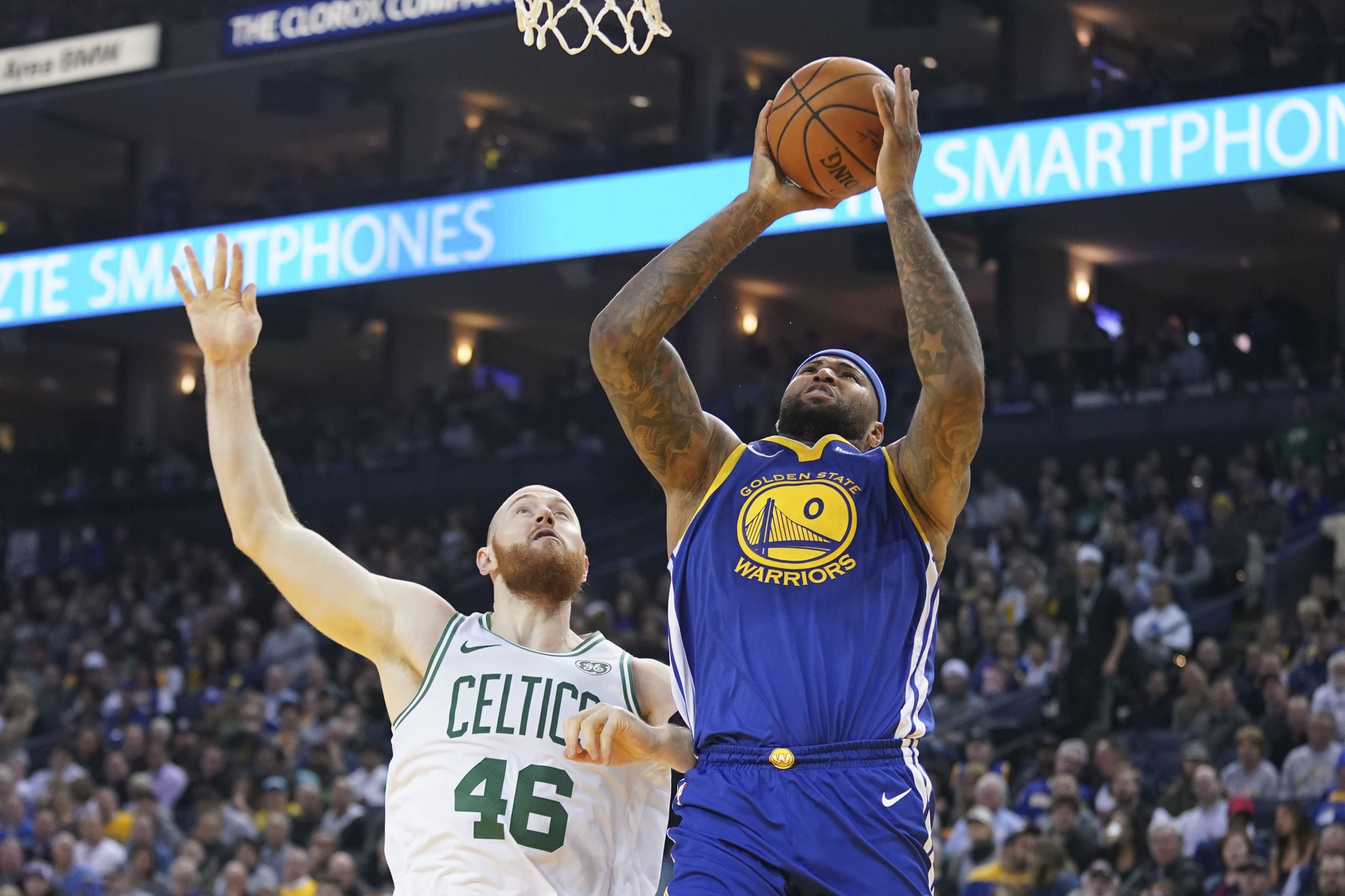 Via Boston Globe (and Yahoo Sports):

A Boston fan has been banned through next season after allegedly calling Warriors center DeMarcus Cousins the n-word during a Jan. 26 game against the Celtics at TD Garden, according to a report from Yahoo! Sports.

After the racial slur was said to Cousins, according to Yahoo! Sports, Cousins told Warriors team security, who then contacted TD Garden security to handle the situation. Cousins and the Warriors were not told about the ban until recently.

Although the Celtics do not own TD Garden, they generally have the authority to hand down bans in these situations, working in concert with arena security. The Celtics on Friday morning did not have an immediate comment regarding the report.

I’m often pretty quick to condemn national media personalities who take lazy jabs at Boston for its racist history. In this case, I’m condemning the Celtics and Delaware North (Bruins owner Jeremy Jacobs) for going soft on the racist fan.

We don’t know if the security officials corroborated the claim. But issuing a two-year ban sure implies certainty about the claim. So if you’re certain, why not drop the hammer with a lifetime ban? The Utah Jazz didn’t hesitate to permanently ban the goon who called Russell Westbrook a boy.

I’d also like this scum’s name to be released. I’m sure there is a slew of legal reasons why they didn’t release it, but he deserves to be outed.

The fan is younger than 18 years old and a league source said he will also be under lifetime probation, and if he violates the terms of this two-year ban, he will receive a lifetime ban.

Yahoo! Sports initially reported the news of the ban late Thursday night, and the Celtics have faced mounting criticism since then based on a punishment that did not appear especially severe. But according to a league source, the Celtics were unable to corroborate Cousins’s claim via interviews or film reviews, and the fan vehemently denied mouthing the racial epithet at Cousins, so the team did not feel it was appropriate to issue a lifetime ban.

Lack of conclusive evidence and the age were factors in the punishment.