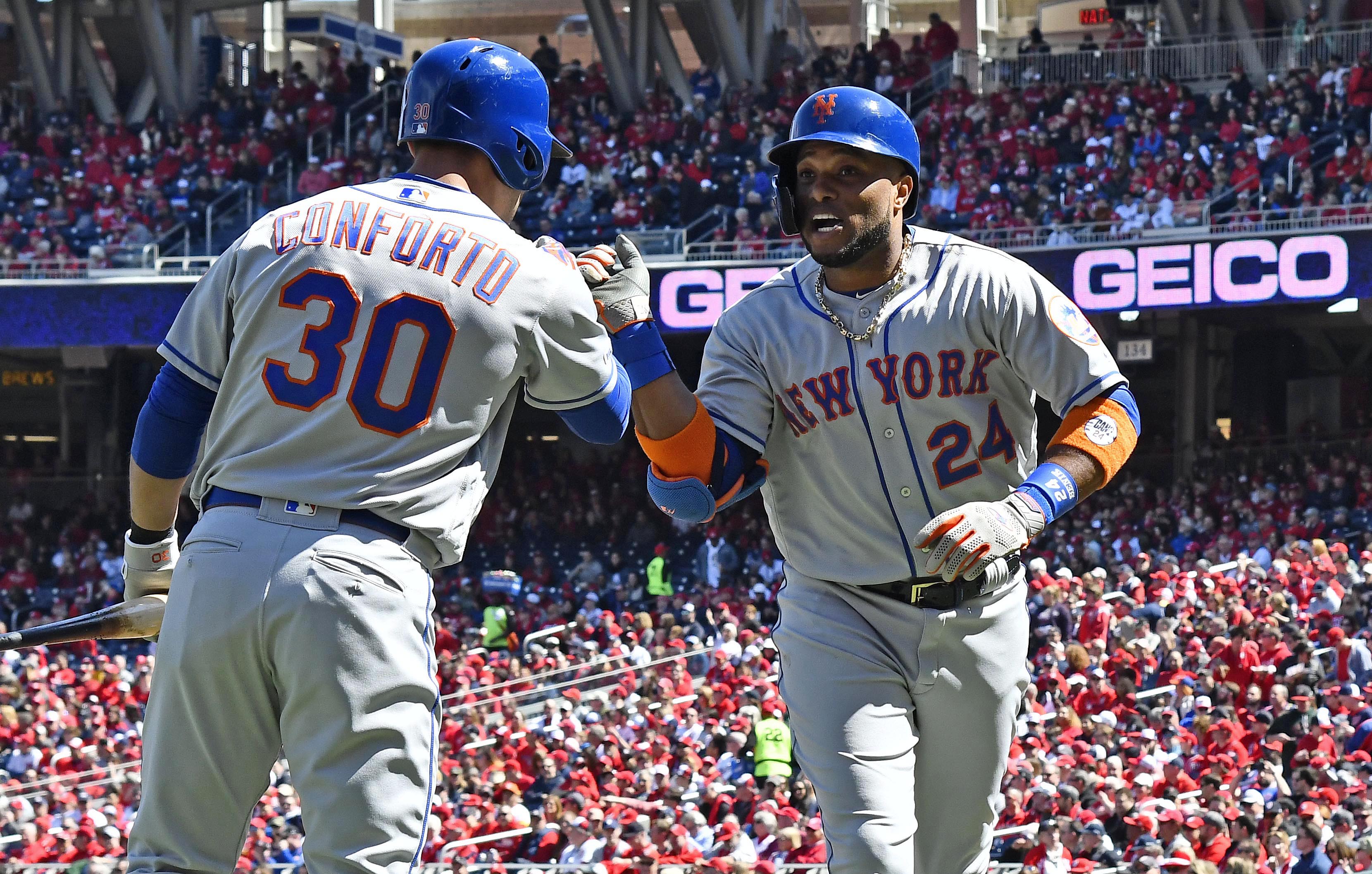 Call it a good omen if you wish. Forget Thursday’s Opening Day victory, their 38th OD win in their last 50, but the fact that it came squarely on the backs of the two biggest off-season acquisitions there were. I guess there’s no easing into things when it comes to assessing the offseason, is there?

After Max Scherzer made Brandon Nimmo and Pete Alonso look like bar leaguers (nailing Alonso on a nasty slider), Robinson Cano stepped to the plate for his first at-bat as a New York Met and sent a fly ball to left center that kept carrying and carrying and carrying and before you knew it, the Mets had a 1-0 lead. Quick starts are always nice for new acquisitions, and hitting a bomb off one of the best pitchers in the game is a heck of a nice start. It gave us the first “there’s your run, Jacob” in 2019.

Jacob deGrom took it from there, and did what Jacob does best: keep a team off the board without his best stuff. But even then, deGrom only gave up five hits in six innings (with one walk) and struck out ten. Most of the damage was done by the top of the lineup against deGrom, except for a hit by potential rookie sensation Victor Robles. But Robles got deGrom out of a jam in the third when he inexplicably broke for home on a force play at second when Cano easily trapped Robles in a rundown at home on the throw. Even without his best stuff, that was the closest that deGrom came to real trouble all day.

The Mets caught a break in the eighth as Dave Martinez pulled Scherzer with two outs after 109 pitches. I’m not in a position to say whether that was the right move by Martinez, but my first thought was that Scherzer had struck out the rookie Alonso twice and got him to ground out to third for an 0-for-3, and that Scherzer not staying in to finish off the 8th might be the break that Alonso needed. Sure enough he responded with his first major league hit off Justin Miller to set up Cano’s other RBI, an opposite field single to account for the only two runs of the entire game.

The bullpen was lights out. Seth Lugo whiffed three in the seventh, Jeurys Familia only allowed a hit batsman in the bottom of the 8th, and Edwin Diaz had a 1-2-3 ninth in a scenario that could have had Braden Looper/Joe Randa written all over it. Diaz gave up some hard hits but Keon Broxton showed his range to make sure that they were just hard hit outs. Diaz’s badly needed good April is well under way, even in March.

Lately, initial tilts against the Nationals have become opportunities for statements. The OD victory in 2015 (you remember Buddy Carlyle’s only major league save, right?) propelled the Mets to a 13-3 start before the slide back towards .500 and subsequent rebirth thanks to the Yoenis Cespedes trade. A sweep by the Nationals in their first series of 2017 sent the Mets under .500 pretty much for good (they would be no higher than 16-16 the rest of the way), and the team would never recover from that while the Nats went on to win the East. Two years later, Opening Day featured the two Cy Young candidates from 2018 reprising their roles from that season. deGrom navigating landmines to throw six shutout innings to best Scherzer who, just as in 2018, threw more innings but couldn’t avoid the long ball. Hopefully, the 2-0 victory will be looked back upon as a statement rather than a high point while the principles in a very frightening trade with Seattle continue to ease concerns that a winning off-season is merely a mirage.