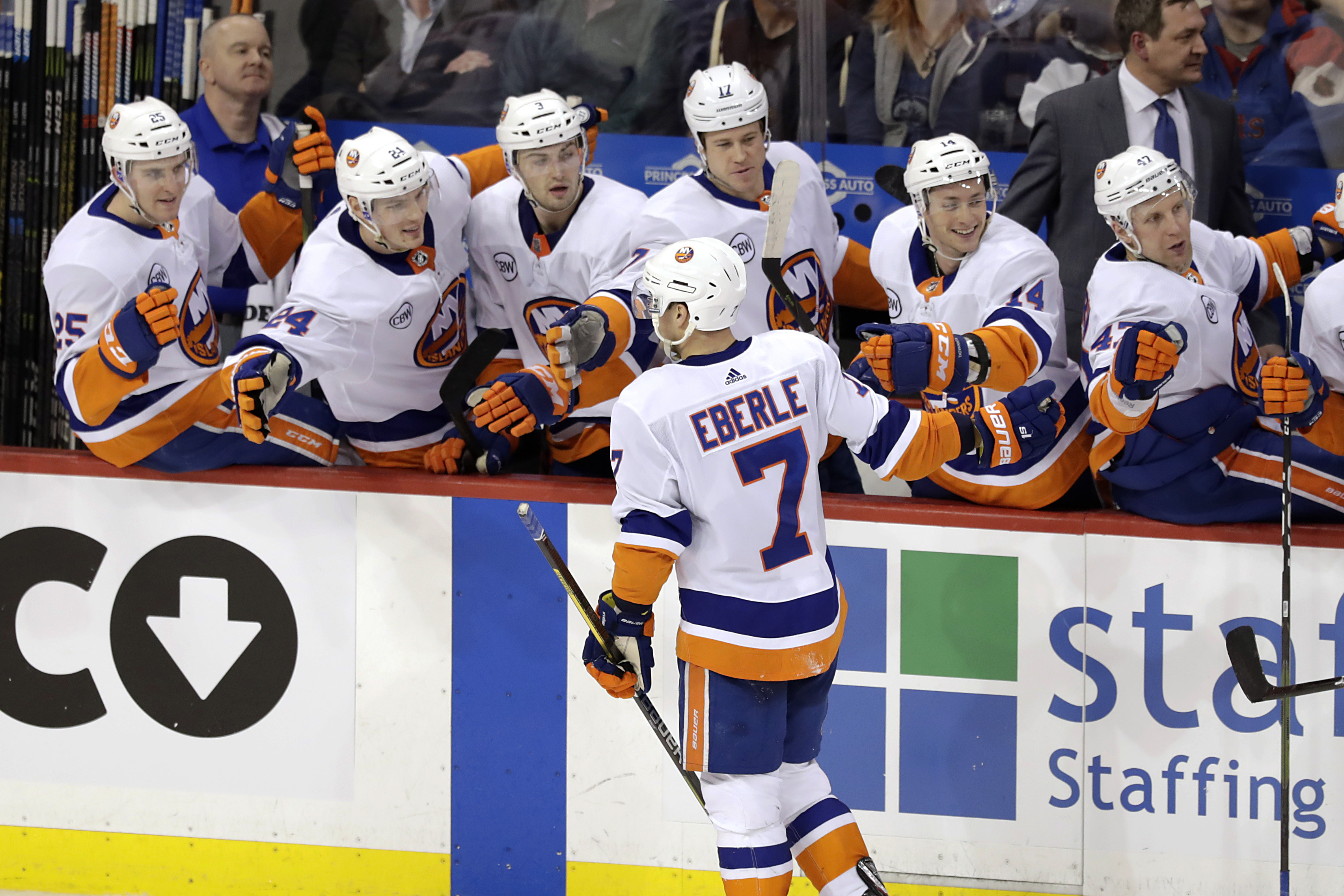 Just when you thought they were done, the Islanders scratched and clawed their way back in.

In perhaps their biggest comeback of the season, the Islanders scored three unanswered goals in the third period — two of which came off the stick of Jordan Eberle — to defeat the Winnipeg Jets 5-4. the win capped a game that saw the Islanders have to battle back from three separate two-goal deficits.

It was Eberle’s first goal of the night that sparked the Islanders at 7:49 of the third period. Eberle putback a rebound in off a shot from Pelech that Winnipeg starter Connor Hellebyuk initially stopped.

Casey Cizikas scored his 20th goal of the year — a career first for the fourth liner — in as a big of a moment he has ever had. After a deflection by Anthony Beauvillier squeaked through Hellebyuk, Cizikas pushed the loose puck over the line with 1:46 left in the game.

Eberle completed the comeback with a goal-scorers goal with 1:13 left in the game. The goal was Eberle’s 17th of the season.

“We just kept fighting. We felt we were confident that we were playing well and creating chances,” Eberle said after the game. ” Eventually it was going to come. It’s just a good team win.”

"We just kept fighting. We were confident that we were playing well and creating chances. Eventually it was going to come." @jeberle_7 #NYIvsWPG pic.twitter.com/WNzKKnxi4B

The win came at a critical time of year as the Islanders near the close of the regular season. New York had been struggling as of late having been shut out in three of their previous five games, including Tuesday’s loss to Columbus.

Thursday’s victory pushed the Islanders back into second place in the Metropolitan Division and helped them keep pace with the first place Washington Capitals. It also sets up a chance for the Islanders to punch their ticket to the postseason with a win on Saturday at Nassau Coliseum.

The win over Winnipeg was different, however, with the Islanders falling behind by two less than 10 minutes into the game, but managing to keep the contest under control.

“Wow, this was absolutely incredible,” Robin Lehner said. “We really needed this one. They’re such a great hockey team over there and they were dangerous all night. We scrambled together and we didn’t give up.

“It’s one of our most fun wins I’ve had in a long time. I’m so proud of this group.”

That's what @RobinLehner had to say about tonight's win. #Isles pic.twitter.com/SOoMQQuHh6

Adam Lowery put the Jets up early with a goal 13 seconds into the opening period. He extended that lead to 2-0 at 6:11.

Mathew Barzal recorded his first goal in 19 games at the 10:19 mark to cut the Islander deficit to 2-1.

The Jets regained their two-goal lead when Brandon Tanev scored just under four minutes into the second period. Anders Lee answered back with his 28th goal of the season.

A power-play goal in the third period by Mark Scheifele put the Jets ahead 4-2.