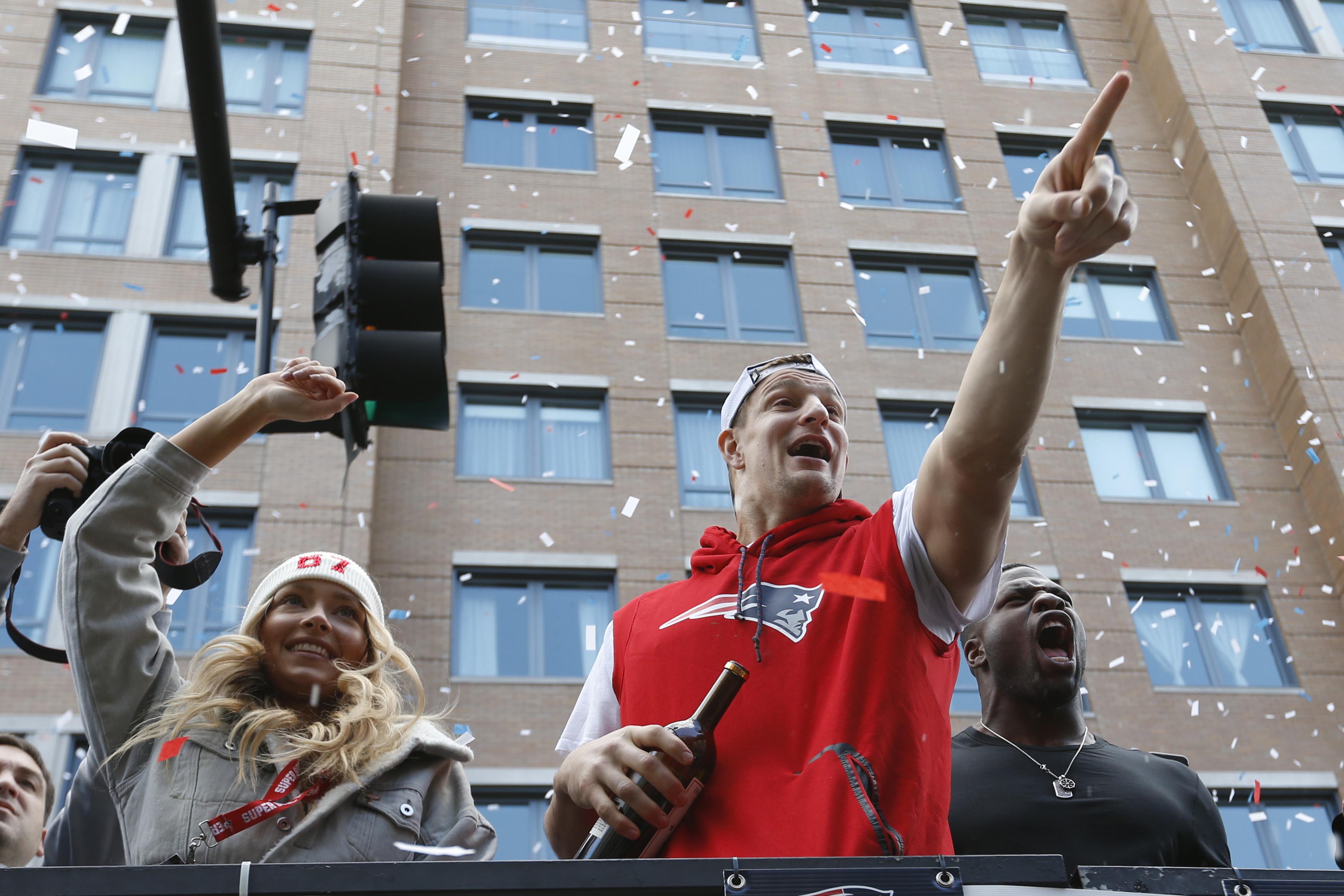 Patriots tight end Rob Gronkowski accomplished much during the course of his career, and he has plenty of accolades to show for it.

Most importantly, Gronk possesses three NBA championship rings. He also hauled in 521 catches for 7,861 yards during his career, with 79 touchdowns. Those stats indicate he truly is one of the best — if not No. 1 — of anyone to ever suit up and play tight end in the NFL.

And he just received another big honor, an item that can actually improve over time, with age.
Night Shift Brewing recently released The 87 — a double IPA. The cans even have a stamp on the bottom that says “Cheers Gronk!”

Heroes get remembered, but legends never die. This next batch of The 87 is dedicated to the other "87" – Rob Gronkowski. Cheers to 9 amazing seasons for one incredible team.

Night Shift is based out of Everett, Massachusetts, in case anyone wants to make the trip up there.