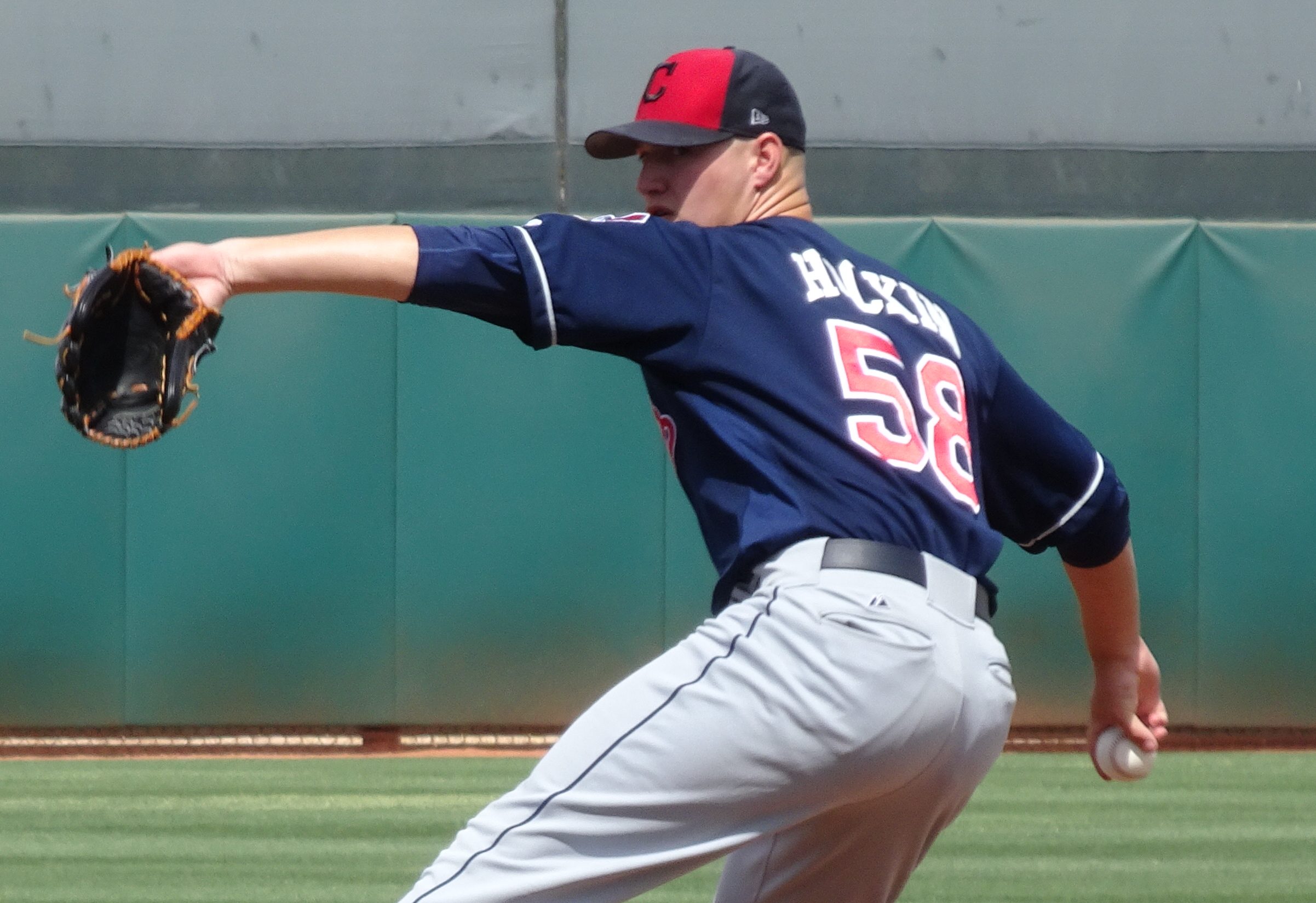 The Indians have been very successful at both bringing in international talent in recent seasons and in signing their draft picks (the first 27 in 2019 signed as well as 6 of the next 8) and, while this has lead to a glut of talent in the lower levels, it has created a severe bottleneck between the lower minors (where they have five teams) and mid/upper minors (four teams). The continuation of the policy of using Columbus to house AAAA players rather than to promote worthy players from within has compounded this and the result was a whopping 21 minor league cuts during the final week of MiLB spring training.

For general awareness and to fully credit all those players for what they did with the Indians, we’ll go through all 21 of those players as well as another who announced his retirement due to injury.

Starting with the injury, Andrew Lantrip (8th round pick in 2016) never had  a full season in the minors as injuries constantly hampered his progress. After sustaining another injury in his first spring start, he has formerly announced his retirement from the sport on twitter.

On to the more surprising cuts, there were some on both ends of the spectrum. Leandro Linares has long been considered one of the Indians top relief prospects after signing out of Cuba in 2013, but greatly struggled in 2018 and, at 25 years old, has run out of chances.

On the opposite end of the spectrum, Jahir Varela had a decent start to his career in the DSL in 2017, but struggled in the AZL last year and obviously wasn’t considered good enough to jump to the next level. He had good swing and miss stuff, but problems with control that were apparently insurmountable. At 21, he could still catch on with another team.

One of the biggest surprises on the list had to be Adoni Kery, although the fact that he only reached Lake County by the age of 23 is probably the reason. Like Varela, he had great stuff, but poor control that kept him from advancing further. Cesar Ventura could be considered a combination of the two categories as he had good stuff and showed great results in short season and AZL, but missed all of 2018 due to injury and has already hit 24 years old without passing Lake County.

Continuing on with players who are too old and have too little control, Francisco Lopez was cut at the age of 25, never having reached Lake County. He had 113 strike outs in 96.1 innings and a 3.18 ERA, but most of his success came in the Dominican Republic. Luis Santos was in a similar situation at 24 years old without hitting Lake County, but he didn’t have quite the success that Lopez had at the lower levels.

Algarin pitches for the Indians during the 2017 AZL season. – Joseph Coblitz, BurningRiverBaseball

Wrapping up the pitchers are Micah Miniard and Erick Algarin. Both were with the Indians for an extended period (6 years, 164 IP for Algarin, 5 years, 347 IP for Miniard), but neither was ever truly dominant. Miniard was most impressive in the AZL when he had Tomlin-esque success by refusing to walk hitters, but he had Tomlin-esque results in 2017 when he allowed 21 home runs in Lake County. While he greatly improved in Lynchburg last year, he was still on the lower edge of Indians pitching prospects.

While there were nine position players among the cuts, only a few were shocking. The biggest of those was Todd Isaacs, who has been a plus defender and base runner over the last four years. Unfortunately, his bat never really developed and he was lost in the shuffle of light hitting, speedy outfielders. He was given a much longer leash, however, than Tre’ Gantt, who was cut after just two seasons and 93 games.

Michael Tinsley came to the team with great expectations as a 7th round pick in 2016, but he was extremely slow to start considering his advanced age and never really fit as an outfielder or catcher.

Emmanuel Tapia was never considered an elite prospect, but he had a bit of a break out in 2017 when he hit 29 home runs with Lake County. For a time, it appeared that he moved beyond his early career injuries and could be another Jesus Aguilar type. Instead, he fell off a cliff in 2018 with Lynchburg as he slugged a career low .316 and struck out 112 times in 89 games.

While not particularly surprising, it is odd that Dane Hutcheon was cut given that he was just signed as a minor league free agent late last year. He played fine during his short period with the Captains and was certainly never given a real chance to prove himself at a higher level. At 24, he was old for the level, but he performed well enough that you can’t fault him for that.

Three of the last four players were essentially utility infielders who signed as international free agents and never really broke out. Erlin Cerda was the best offensive performer of the group, but wasn’t good enough to overlook his defense. Miguel Eladio wasn’t particularly good at any aspect and his release at 22 years old almost seems a little late. Elvis Perez was the best defender and most consistent bat among the group, but had the ceiling of a AA utility man, so the decision to move on was not surprising.

Finally, there is Simeon Lucas. A 7th round pick in 2014, Lucas spent the first three years of his career as a catcher in Arizona in a league that players are only allowed to spend two seasons. He then transitioned to first base and spent two more seasons in Mahoning Valley for a total of five years below A ball. The strange part of cutting Lucas now is that he was finally starting to hit in his final season, although that could have been due to his advanced age (23).

Lucas is a smart player and has to be among the top players who were cut when considering a future in baseball in a coaching staff. The Indians have went this route multiple times recently and it wouldn’t be surprising to see this trend continue with Lucas.