Are the Texans Negotiating an Extension or Trade Involving Jadeveon Clowney? 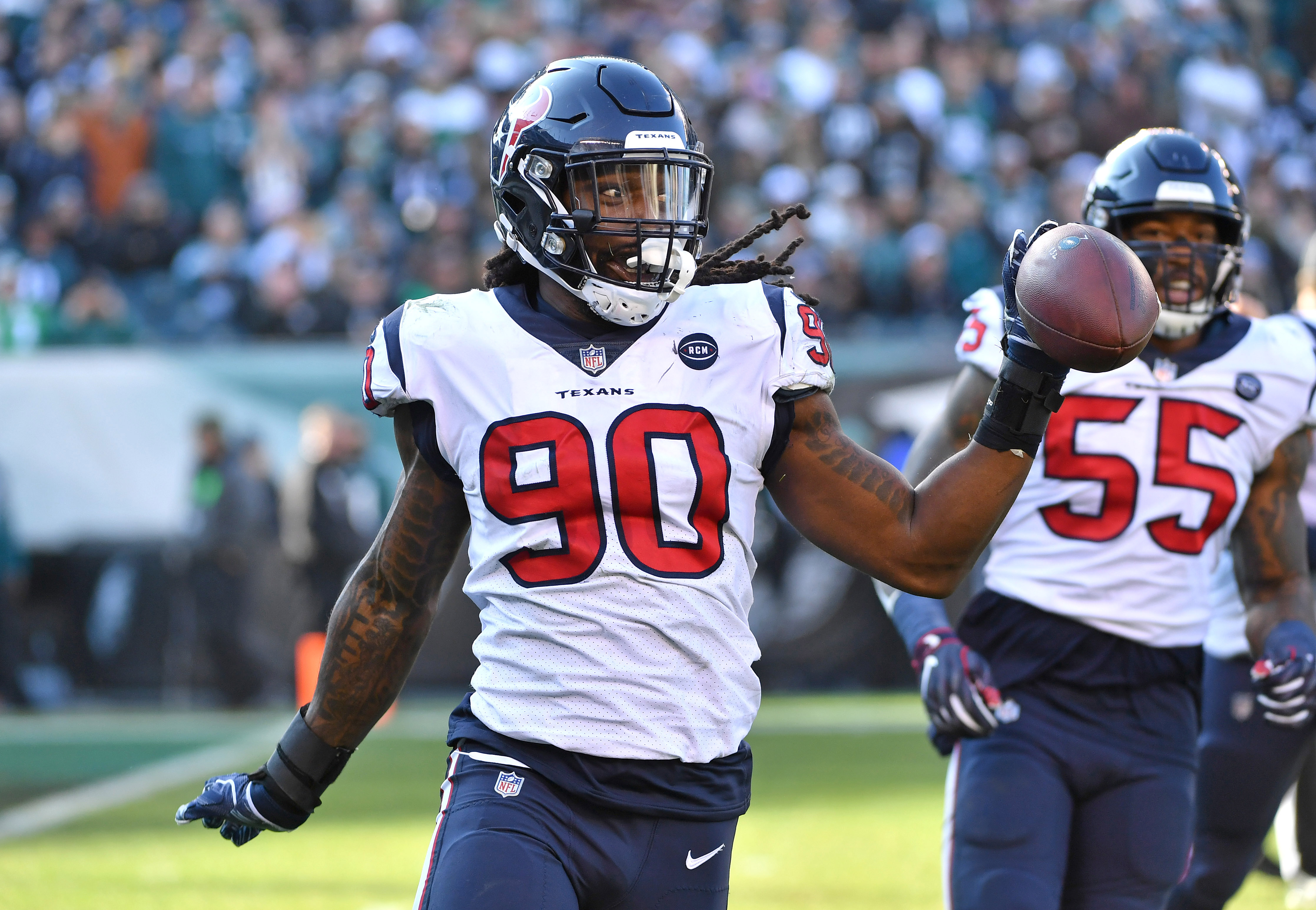 Are the Texans Negotiating an Extension or Trade Involving Jadeveon Clowney?

Will Jadeveon Clowney play for the Houston Texans in 2019?

The Houston Texans have been dreading this day for quite a while now. Their star outside linebacker Jadeveon Clowney is looking for a brand new contract, and right now they don’t have an answer to keep him. The Texans have fortunately been able to lock him in with the franchise tender, but Clowney has made it clear that he won’t sign or play on it.

Now, the Texans have a tough decision to make. They can either one, find a number that both parties can agree on and come to a long-term deal. Or two, find a deal with another team, which could send Clowney packing. Either way, the last that the Texans wanted to do was lose Clowney to the Free Agency market for nothing. They either want his production or his value.

So what’s the deal? For starters, Bill O’Brien didn’t have much information regarding the state of the negotiations at the moment. Right now, it sounds like Clowney and the Texans are ways away from a deal. Frankly, it doesn’t seem like locking Clowney up in Houston long-term is going to happen. Not anytime soon, at least. Here’s what Bill O’Brien had to say about the situation this week in Arizona, courtesy of the Houston Chronicle.

“It’ll be interesting, . . . JD has been a really good player for us every year. I have a great fondness for Jadeveon. He’s a good teammate (and) a good guy. (He) plays hard and (makes) a lot of plays for us. Obviously, you don’t want him walking away in free agency, so that’s the spirit of the franchise tag to kind of give you some more time to negotiate. That’s what we’re doing.”

So the Texans are still negotiating, eh? What exactly are they trying to negotiate here? Is it a long-term deal, which Clowney is looking for? Or are they trying to find a trade suitor, who is willing to take on Clowney and assure that they can meet his contract expectations?

This past week, there were talks about the possibility of Clowney getting traded away at some point this offseason. According to Chad Forbes, the Kansas City Chiefs could have some interest here as they are in the market for an edge rusher. Also, the New York Jets and the New England Patriots were linked to having some interest there as well.

The major problem with the Texans attempt to move Clowney is the idea of working on a long-term deal along with the trade. According to Spotrac, Clowney’s average salary could be somewhere over $16 million with a six-year contract. Seeing as though fellow edge rusher DeMarcus Lawrence is demanding over $22 million a year in Dallas after a 10.5 sack season, Clowney could desire a number around the 20s range as well.