Will DeMarcus Lawrence Affect the Timing of Dak Prescott's Extension? 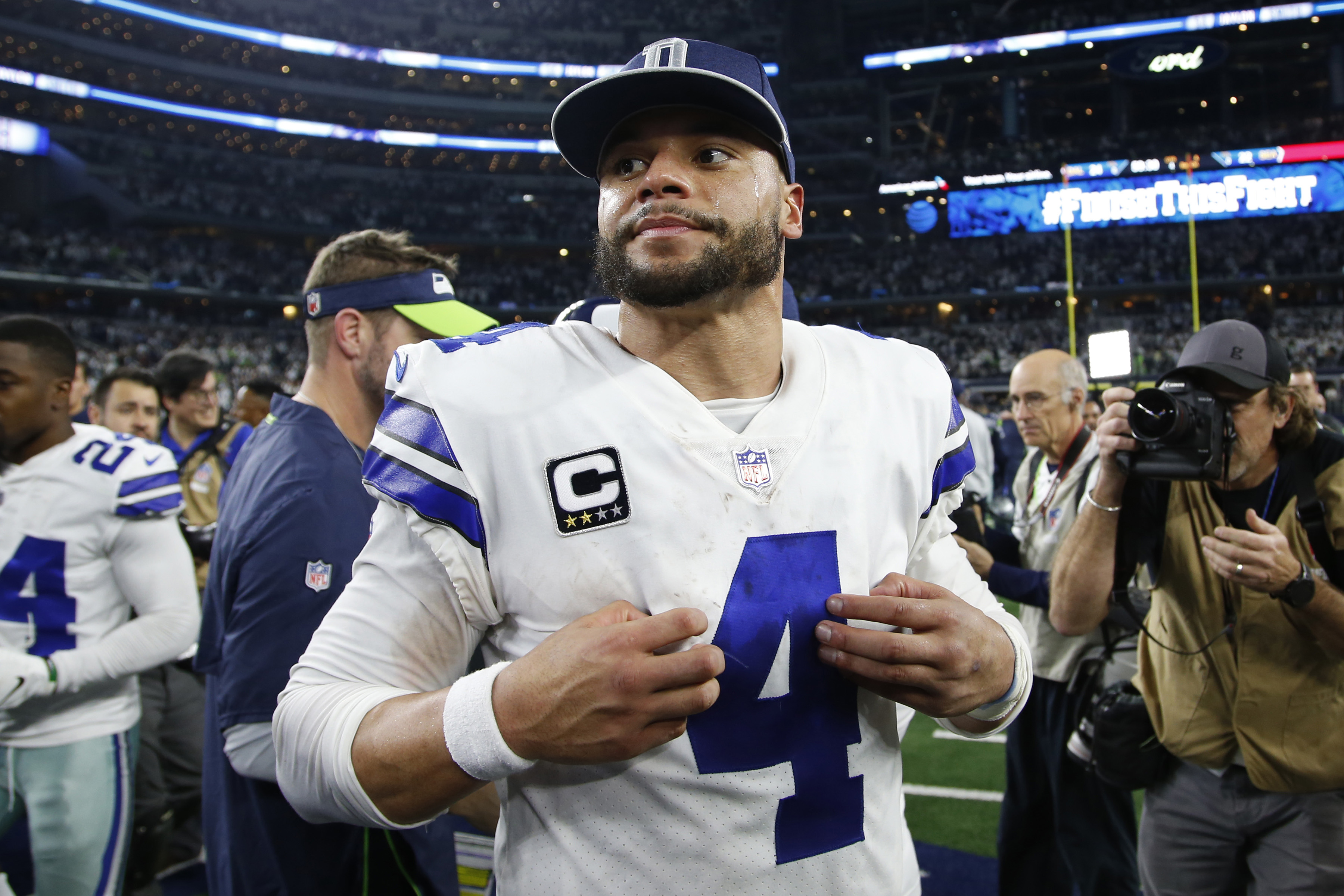 Will DeMarcus Lawrence Affect the Timing of Dak Prescott's Extension?

DeMarcus Lawrence’s demands have thrown the Dallas Cowboys off track for this offseason.

Another offseason, another standoff for a big-named player and his particular organization. This year, it’s the Dallas Cowboys who are dealing with a problematic situation regarding one of their best players in the defensive end, DeMarcus Lawrence. Last season, the Cowboys avoided any financial setbacks and holdouts with Lawrence by applying the franchise tag on him. This time around though, things are different.

The franchise tag cannot save the Cowboys in 2019. Lawrence played on it last season, and he proved that he can notch consecutive double-digit sack seasons. This year, he wants to be taken care of on paper long-term. And without the new deal, Lawrence won’t play.

Now, the Cowboys refuse to panic, as this is nothing new in the NFL. There’s been plenty of standoffs over the years. However, the Cowboys have a lot of financial situations to take care of this year. With Lawrence demanding more than they initially offered, it’s becoming difficult to lock in some other long-term deals as well, which includes their franchise quarterback, Dak Prescott.

DeMarcus Lawrence’s demands are high. $22.5 million is rumored to be his desired average annual salary. The Cowboys haven’t reached that point just yet, but they are working on it. By now, they would’ve assumed that Lawrence would be on the payroll for the next five or so seasons. But that’s not the case. And since Lawrence isn’t locked in yet, it’s beginning to set their offseason plans back a bit.

All throughout the 2018 NFL Season, Cowboys’ owner Jerry Jones made it very clear that Dak Prescott is going to get a new deal. Dak wasn’t the only one though. Their star wide receiver Amari Cooper is also approaching a contract season, and Jerry wants to lock him in as well. Unfortunately, Lawrence’s process had made it so the Cowboys cannot even discuss the potential of extending the other two at this time.

“Per a source, the Cowboys haven’t even started negotiations with Prescott or Cooper. With both under contracts and with their respective agents dealing with other clients in free agency, there was no rush to get to the bargaining table. The source said the deals for Prescott and Cooper may not come until after the upcoming 2019 NFL Draft and possibly as late at OTAs in May.”

According to The Star Telegram’s Clarence Hill, Prescott and Cooper’s deals are on the backburner until further notice. As a matter of fact, Jones doesn’t seem to be in a rush to get either of their deals done until Lawrence’s is finished. Although the Cowboys front office won’t say the negotiations are in no way related, it’s become quite clear that Lawrence’s situation is complicating the others.