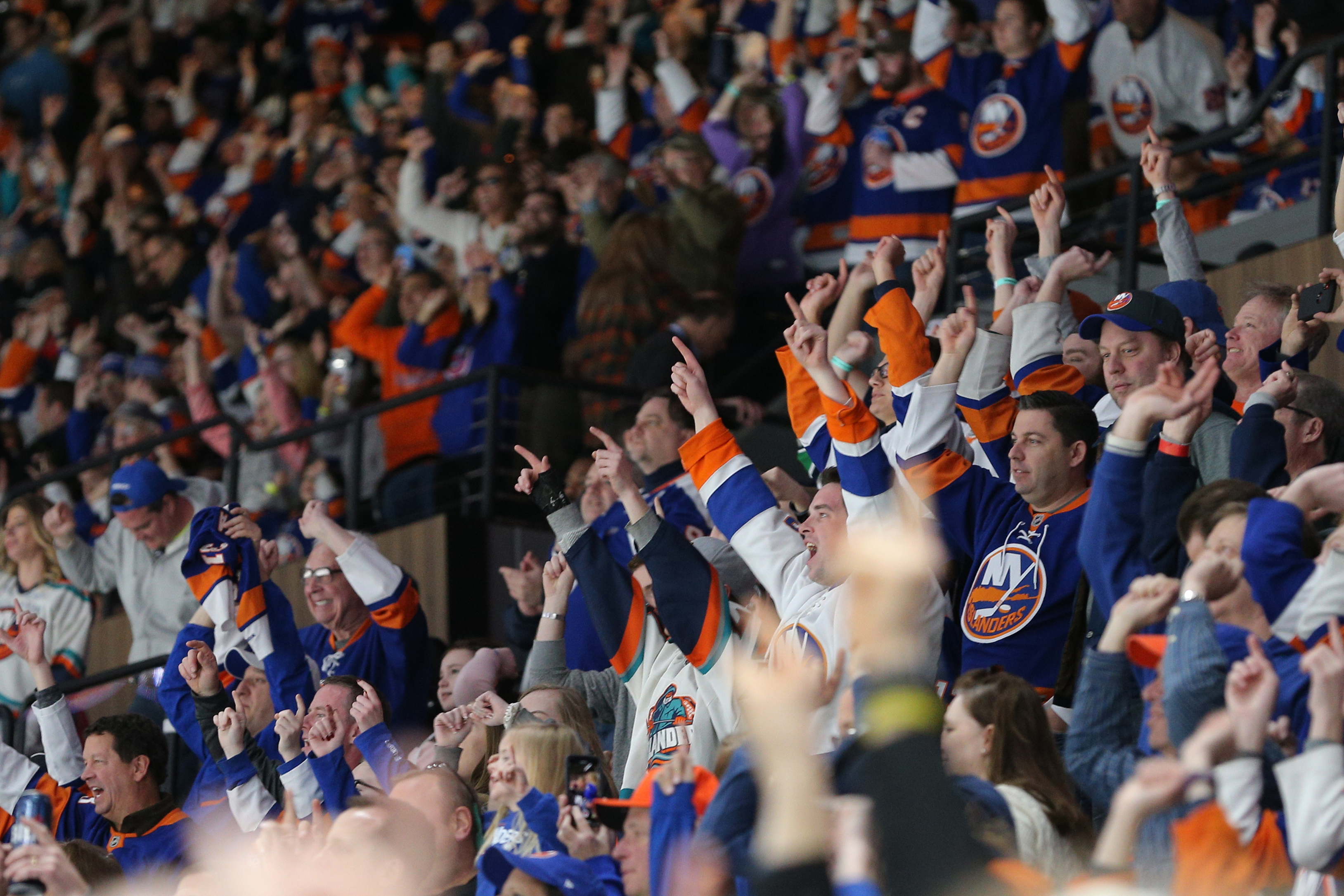 EAST MEADOW, N.Y. — It has been 17 years since the Islanders clinched a playoff berth on Nassau Coliseum. That could change on Saturday night, however, when the Islanders host the Buffalo Sabres with a chance to punch their ticket to the postseason on the line.

A win on Saturday guarantees the Islanders a spot in the playoffs, but the players aren’t trying to harp on what could be.

“You just approach it like it’s the middle of the season,” Jordan Eberle said. “Sometimes you play teams that are out of it and they surprise you. I’ve been on the other side of it with some teams in Edmonton where we’ve been out of it and we seemed to win more games than we lose. … You can’t take them lightly or it goes the other way against you.”

Still, Saturday provides the Islanders with an opportunity that not many people outside of the team’s dressing room thought they’d have. They enter their matchup with Buffalo with 97 points in the standings and a 45-26-7 record.

Something that was unfathomable last July after John Tavares departed for Toronto.

“We set out as a goal at the beginning of the year to be in this position,” Anders Lee said. “A lot of people didn’t think that was going to happen except the guys in this room. … I think it would be a big validation for us in the room and I think it’d be nice just to prove as many people as we can wrong, and continue to do that. It starts with the first period tonight and just being ready to go, and taking advantage of the opportunity.”

“That was the goal at the beginning of the year. To be in this position. A lot of people didn’t think it would happen except for the guys in this room. It would be nice just to prove as many people as we can wrong.” #Isles pic.twitter.com/dlCZAPJCBJ

“We just want to win a game and get in the playoffs the right way and not have to rely on anything else going on to get that X next to us,” he said.

The last time the Sabres and Islanders met was in Buffalo last month when the Western New Yorkers handed the Isles a 3-1 loss. Saturday’s game will mark the Sabres first time playing at the Nassau Coliseum since the Islanders began playing regular-season games there in December.

Buffalo Sabres head coach Phil Housley knows the type of challenge playing at Nassau Coliseum can pose for visiting teams, especially when the building is full. Saturday’s game is expected to be a charged atmosphere with the potential playoff implications.

Tanner Fritz will be unavailable again for the Islanders on Saturday. Islanders coach Barry Trotz told reporters that there would be an update on Fritz later on in the day.