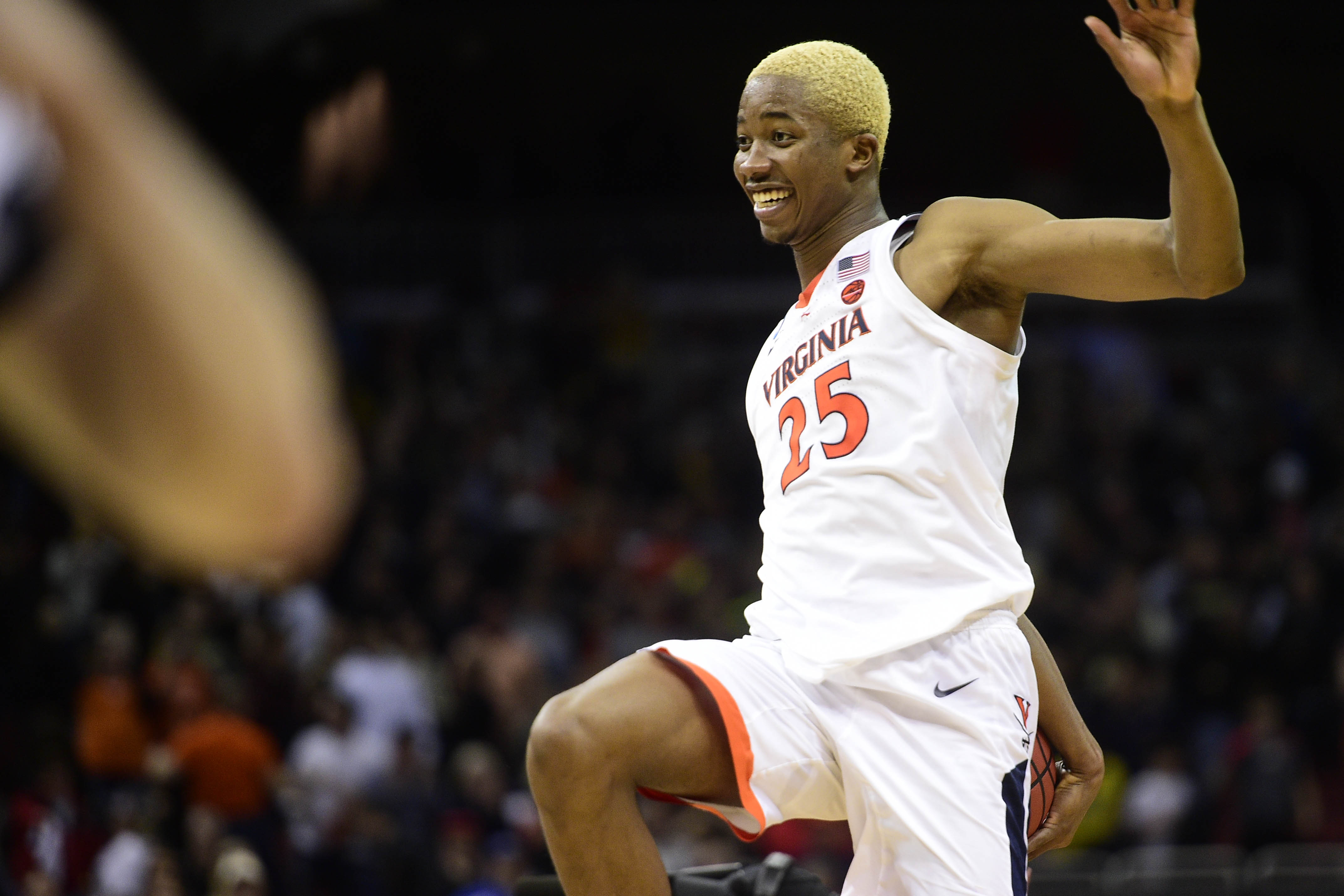 Virginia has a number of players on its roster that can knock down shots from all over the court, but no one could have predicted who would hit the biggest shot of the tournament for the team.

The Wahoos trailed by two points with just a few seconds remaining in the game, and Ty Jerome purposely missed a free throw, giving his team a shot at the rebound.

The ball was tipped out of the lane, but unfortunately for Virginia, it rolled all the way to midcourt. No problem, though, as Kihei Clark calmly picked it up and fired a dart to big man Mamadi Diakite, who drained a midrange jumper at the buzzer to force overtime.

DIAKITE AT THE BUZZER TO SEND IT TO OVERTIME. MADNESS!