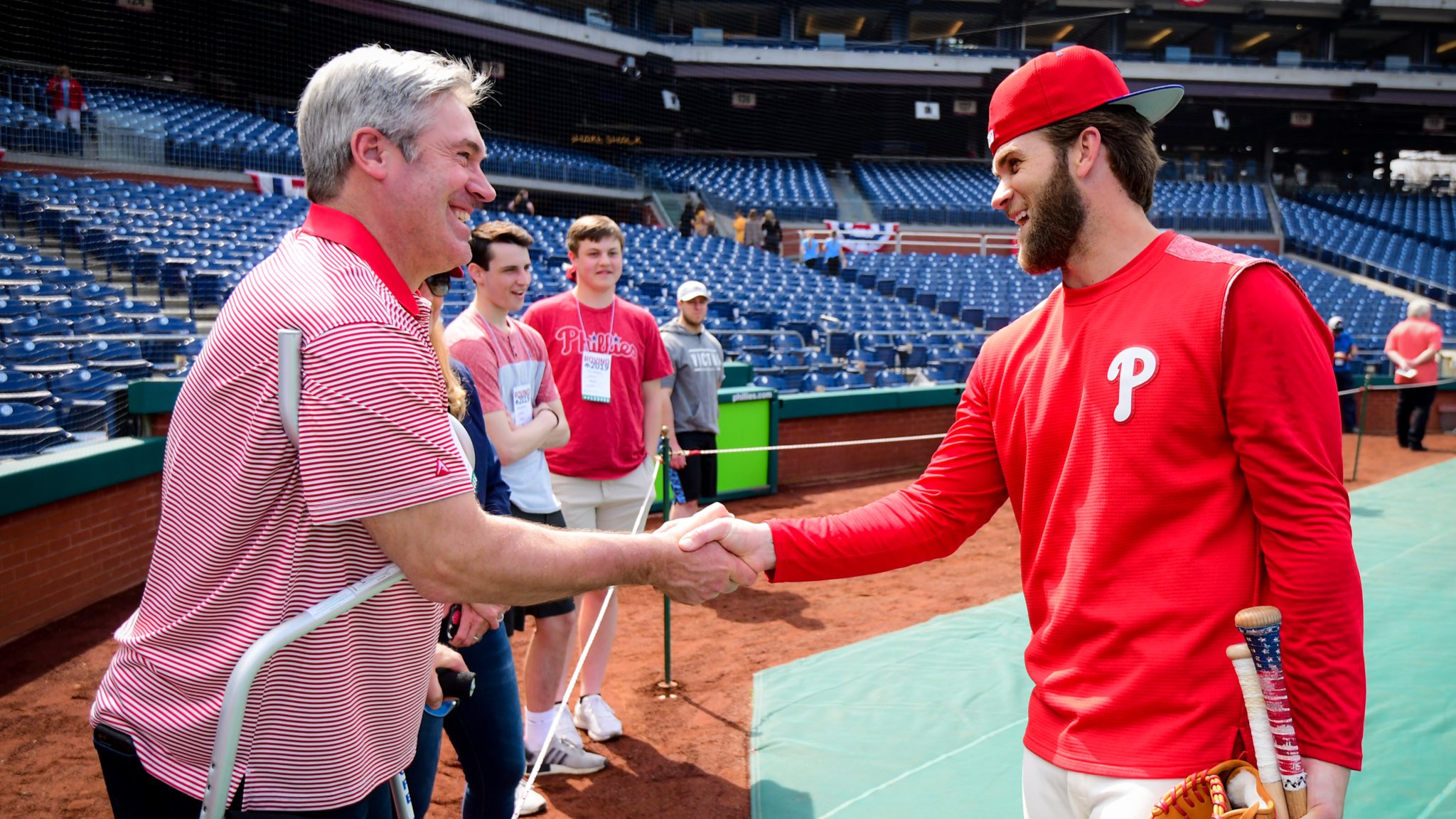 Remember the time when it felt as though the Philadelphia Eagles and Philadelphia Phillies would go out of their way to top each other at any possible moment? Those days, thankfully, seem to be long gone. Much like when two siblings finally get their own rooms after sharing a room for so long, the Phillies and Eagles have gradually become more friendly toward each other over the years since moving into their separate stadiums.

That’s likely reading too much into nothing, but it seems pretty spot on. The advent of social media has certainly helped create a more warm and cuddly relationship between the Phillies and Eagles, as well as the Flyers and Sixers. Just the other day we saw the mascots of the other sports teams in a video showing support for the Phillies on opening day, more proof that the times are good around the Philly sports scene.

What does any of this have to do with anything? Nothing really, other than to mention that Eagles head coach, and Super Bowl championship coach, Doug Pedersen got a chance to head down to the field at Citizens Bank Park and officially welcome the newest member of the Phillies to town.

During the NFL owners meetings this past week, Pederson remarked about the small sales pitch he got to make to Bryce Harper as the Phillies were in the long drawn-out process of trying to lure the top free agent to town.

After going 0-3 in his Phillies debut on Opening Day, we’ll see if Pederson any good luck to offer Harper as the Phillies take on the Atlanta Braves Saturday afternoon.