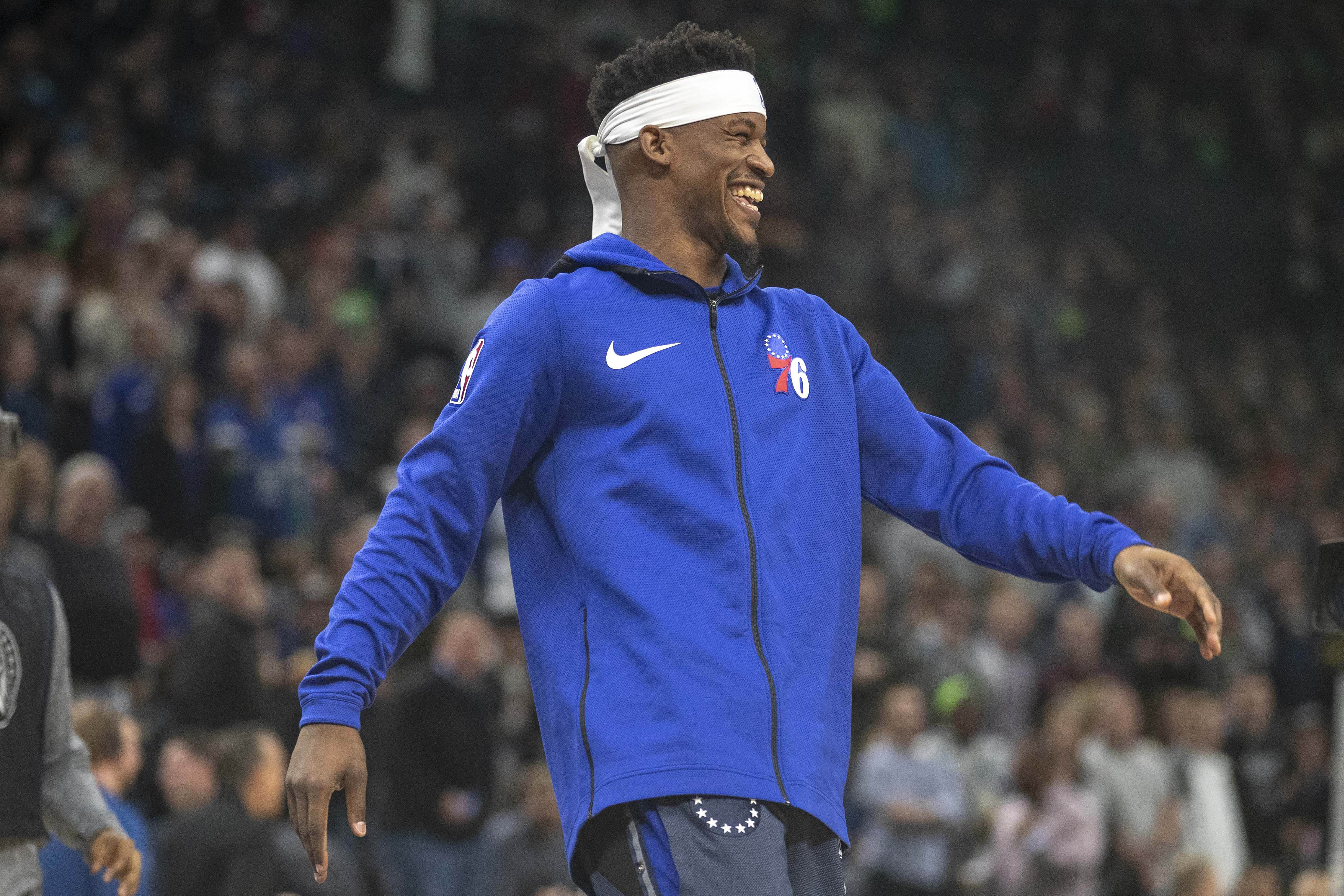 It was to be expected that Timberwolves fans would boo Jimmy Butler in his return to Target Center on Saturday night, and sure enough, they did not disappoint.

But that wasn’t all, either.

The Timberwolves had some tricks up their own sleeve as well, which they busted out during player introductions. Players’ names were called while “You’re so vain” by Carly Simon played over the speakers. Fans chimed in by booing loudly during that time as well.

Jimmy Butler was soundly booed when introduced in Minnesota. Some of Sixers teammates even mockingly joined in on the boos. pic.twitter.com/Pmvto1Nvpz

Jimmy Butler was greeted with boos in his return to Minnesota 🙃 pic.twitter.com/g3eO11iLcj

Butler got the last laugh at the end of the day, though, as his 76ers emerged victorious, even without Joel Embiid on the court.