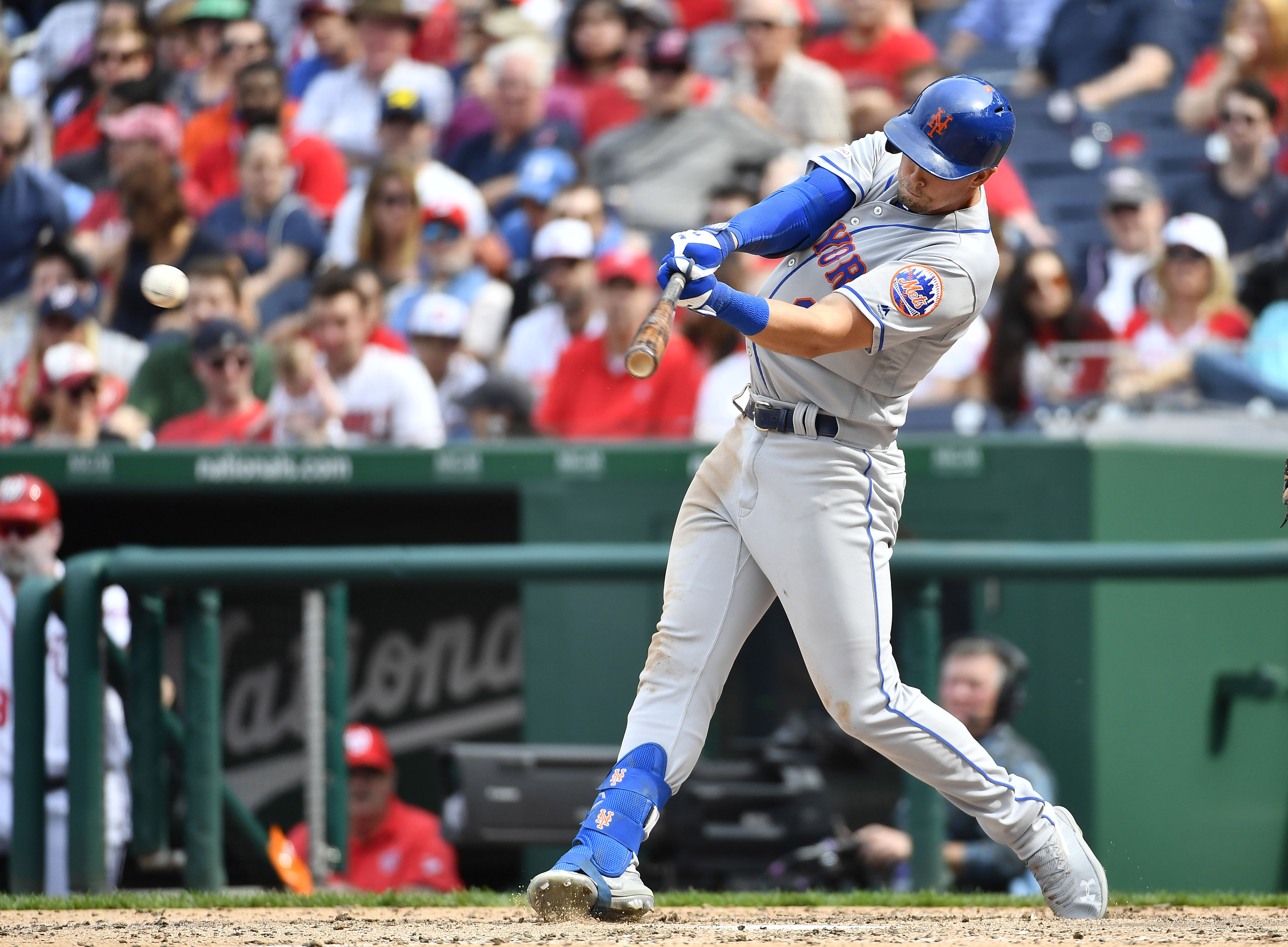 After winning a well-pitched game on Thursday, the New York Mets (2-0) needed a bit more offensive firepower yesterday. Noah Syndergaard was merely mortal, giving up four runs in six innings of work, while Seth Lugo gave up another four unearned runs in the ninth. Fortunately for the Mets, their offense put up 11 to top the Washington Nationals (0-2) for the second straight day. The Mets will now look to make an early season statement by breaking out the brooms and completing a sweep of the Nationals. First pitch for the series finale is scheduled for 1:35 p.m. at Nationals Park.

The Mets will send right hander Zack Wheeler (12-7, 3.31 ERA in 2018) to the bump to try and complete the sweep. Wheeler, who is a free agent after the season, is looking to prove that his 2018 turnaround was no fluke by putting together another excellent performance in his walk year. The Nationals will counter with their biggest free agent acquisition, lefty Patrick Corbin (11-7, 3.15 ERA in 2018). Corbin, who signed a six year, $140 million deal to leave Arizona, is in a similar boat to Wheeler in that he finally put everything together in 2018 after years of stops and starts with the Diamondbacks.