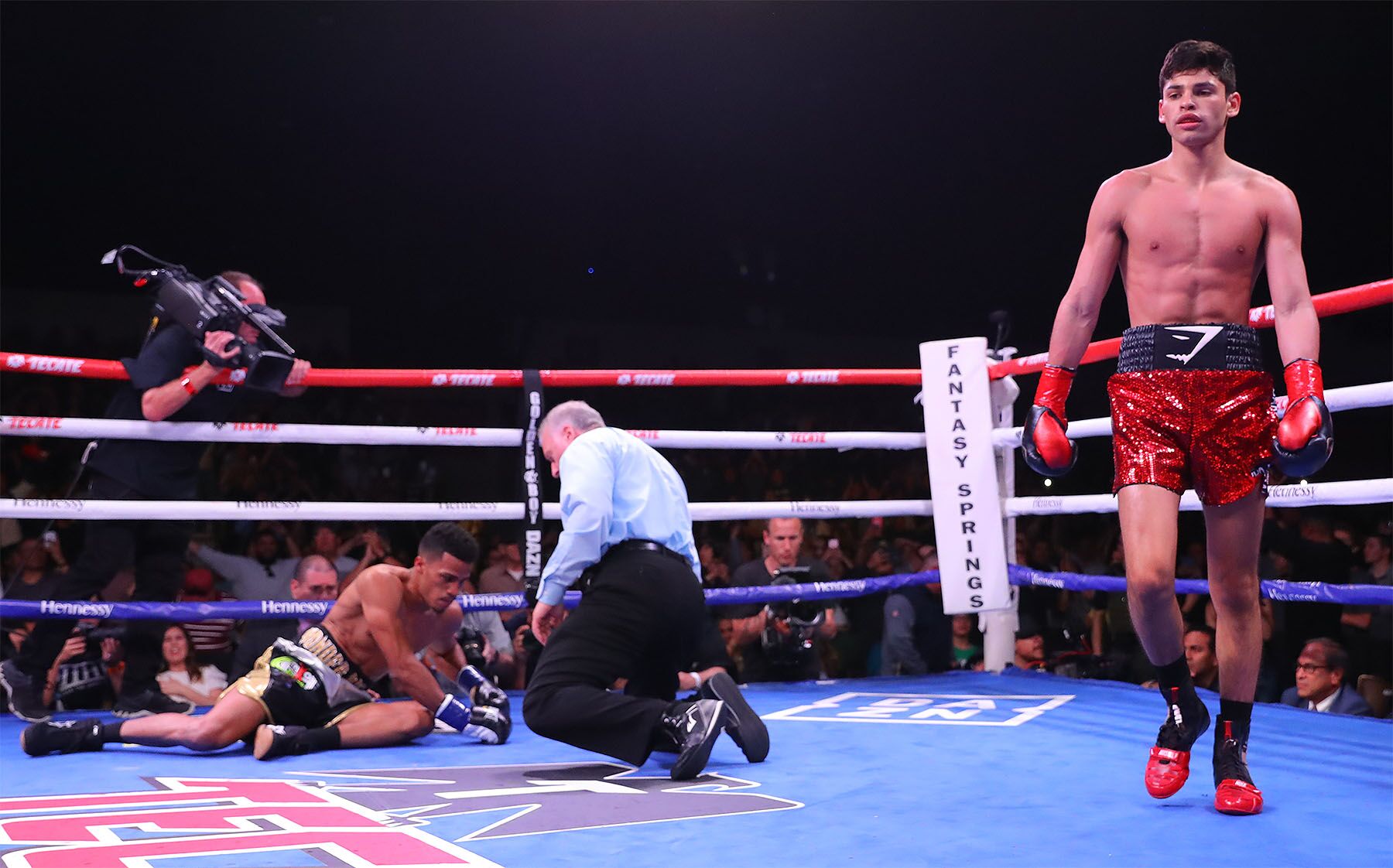 It is rare for someone as young as Ryan Garcia to be as confident and mature inside the ring. With the guidance of Canelo Alvarez, however, anything is possible. After easily defeating Jose Lopez in California, Garcia’s boxing career is looking to take off straight to the moon.

Garcia (18-0) won four fights in 2018 and is just starting to get mainstream attention. He just recently had a daughter as he was preparing for Jose Lopez. Golden Boy Promotions has invested a lot in the kid, adding some pressure. That did not distract the 20-year-old. In fact, it may have just motivated him to hit harder.

Starting hot right out of the gate, Garcia started to level Lopez (20-4-1) with shots across the face. Just as round one ended, Garcia was throwing rights at Lopez, each as powerful as the next. Round two was more of the same, with overhand rights and uppercuts just suffocating Lopez, who ended up falling down before the bell rang.

Lopez was saved again by the end of the round, but his corner stopped the contest before the third round could even begin.

It ended up being Ryan Garcia’s second stoppage win in a row. Garcia ended up landing 34 punches on 107 attempts, while Lopez landed 10 on 69 attempts.

“My improvements are even going to get better and better,” stated Garcia in the post-fight interview. “I’m showing everybody that I need to put up the competition because the more I get better, the opposition has to get better. And do I think I’m ready for a world title this year? Hell yes.”

Garcia is fresh enough to fight on the May 4th fight card featuring Daniel Jacobs and Canelo Alvarez. Canelo has been a role model for Garcia since his ascension. If an opponent is available, it could be the ultimate opportunity for a huge audience to see what he can do.

🗣 @KingRyanG talks with @LZGranderson about @Canelo’s influence and what the birth of his new daughter means to him. 👏💯#GarciaLopez pic.twitter.com/c1cq7Xn6X9

Oscar De La Hoya did state he would be getting a title match sooner than we think, but boxing is a wild entity.

“He’s on his way. Look, he proved it again tonight,” De La Hoya stated. “There’s a lot of fans that want to see him win that world title. And believe me, it’s going to happen sooner than later.”

While he is hoping to face a fighter like Gervonta Davis, this period in his life might be more about growing than the big fights. Garcia has to show he can last longer in fights while also facing tougher opponents. It is the same situation with a fighter like Michael Conlan. Rushing his progress would not be what Golden Boy groomed him for.

With 15 knockout wins, Ryan Garcia has the skills to be a true powerhouse in boxing. He creates a buzz that is positive for the sport. When his time comes (and it could very well be soon), it should be one to remember. As long as he stays grounded in the ring, the world is full of possibilities for Garcia.