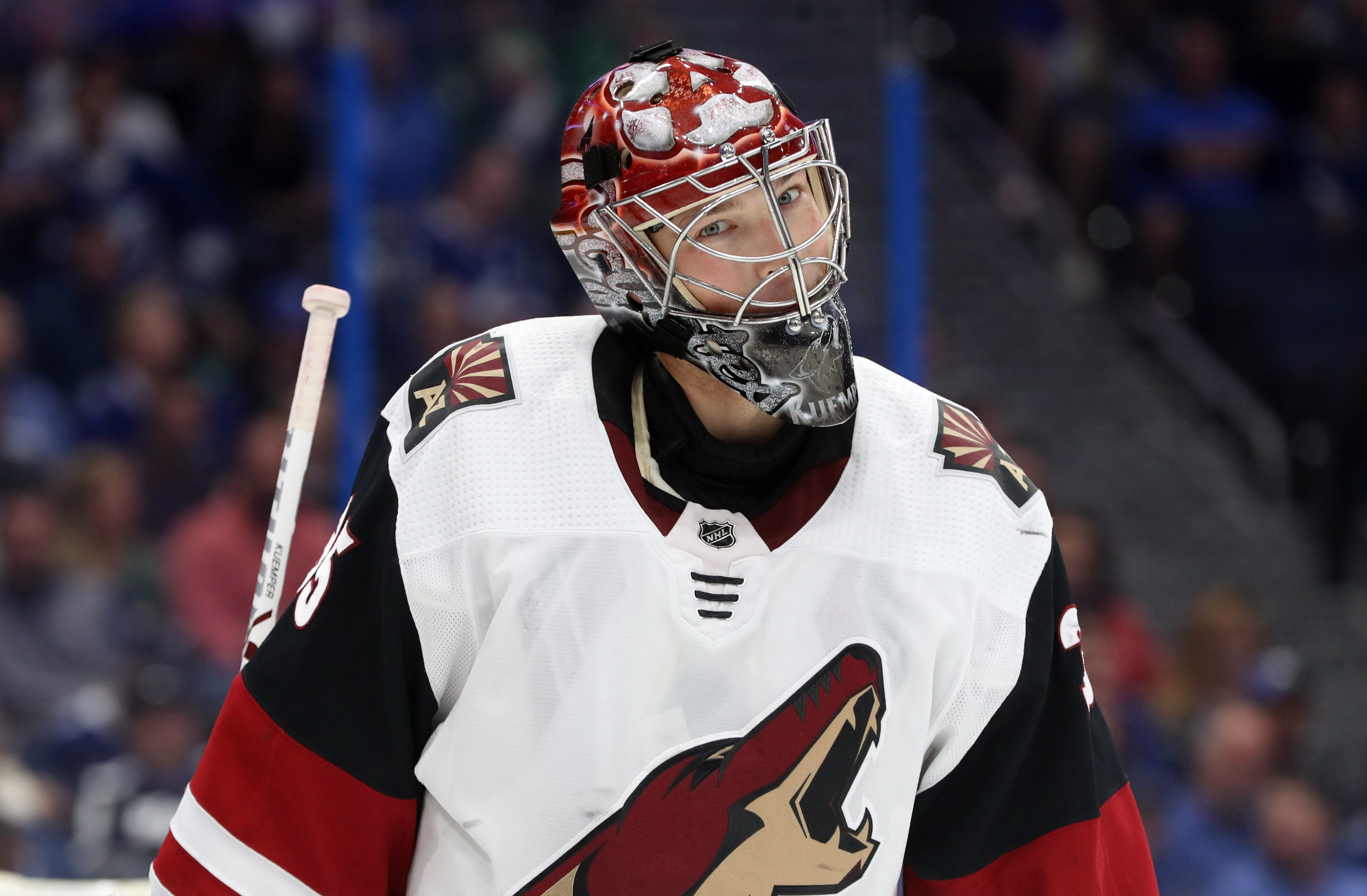 I just picked up the original Streets of Rage for Sega Genesis this weekend which is a classic 16-bit Beat ’em Up game.  Perhaps its fitting considering the fact the Minnesota Wild and the Arizona Coyotes face off this evening that this game could very well be a street fight like mentality as they both fight (probably more figuratively than literally) for their playoff lives.

Currently the Coyotes hold a one-point advantage over the Wild in the standings and Minnesota knows it probably needs to run the table in its final 5 games to have any chance whatsoever of sneaking into the playoffs.  So that should make for two very motivated teams.

The Western Conference wildcard picture currently looks like this as of this morning.

Honestly, what more needs to be said?  It doesn’t matter which line, which player raises his game to carry this team on his or their collective back but it has to get done.  The ‘kid line’ of Joel Eriksson Ek, Luke Kunin and Jordan Greenway have looked good and been a nice jolt of energy to the club since their roles were elevated in the wake of the Mikko Koivu injury.  With his 2nd child now born, will Jason Zucker finally start lighting the lamp?  He came very close on Friday against the Golden Knights but seemed to be more relaxed than what we’ve seen from him most of the season. Can Ryan Donato continue to keep chipping in points?

The 4th line of Eric Fehr, Marcus Foligno and J.T. Brown have also provided solid energy the last 12-games and it has helped spare some of the older veterans from playing too many minutes.  While I am not sure I expect this group to bury a goal, the intensity of this game will probably mean they’ll play an important role this evening.  If you look at Arizona’s deployment of their roster, all of Rick Tocchet‘s lines have skilled players sprinkled throughout.  17 goal scorer, Alex Galchenyuk is on the 4th line and leading scorer Clayton Keller is on the 3rd line.  So Minnesota can’t afford to have any line coast if the expect to win this late afternoon.

The Wild must also do what they can to prevent Oliver Ekman-Larsson from being given much in the way of time and space in the offensive zone.  He’s arguably the Coyotes’ best player and on the power play he is their main triggerman.  The Minnesota Wild will no doubt give Devan Dubnyk the start while Darcy Kuemper will face his former club.  So what must the Wild do in order to be victorious tonight?

1. Junkyard Dog Mentality Around the Crease – This game will likely have the intensity of a playoff game, and often times it comes down to how ferocious you are near the crease at either end of the ice.  The Wild must not be denied near Arizona’s crease and they also must do what they can to keep Dubnyk’s crease clear so he can focus on making saves.

2. Keep it simple – Its Arizona, and typically the ice there leaves a little bit to be desired.  The Wild would be well served by keeping it simple and not trying to be too fancy and cute with the puck.  Taking what Arizona is giving them and working their way in close is the best formula for success.  We already talked about the junkyard mentality in around either crease, but crashing the net and using traffic on any shot from the perimeter will help keep the Coyotes off guard and not let Kuemper gain too much confidence against his former team.

3. Focus on this game – While scoreboard watching is difficult not to do at this point in the season.  The Wild must put all their focus and energy on winning this game.  They can’t worry about what games are next, or how other teams did.  They are playing to try to still be alive for tomorrow.  Nothing else matters and they need to play with urgency.  Anything less will probably doom their season.

What do you think will be a key to a Wild victory tonight?  Tell us on Twitter @CreaseAndAssist or in the comment section below!