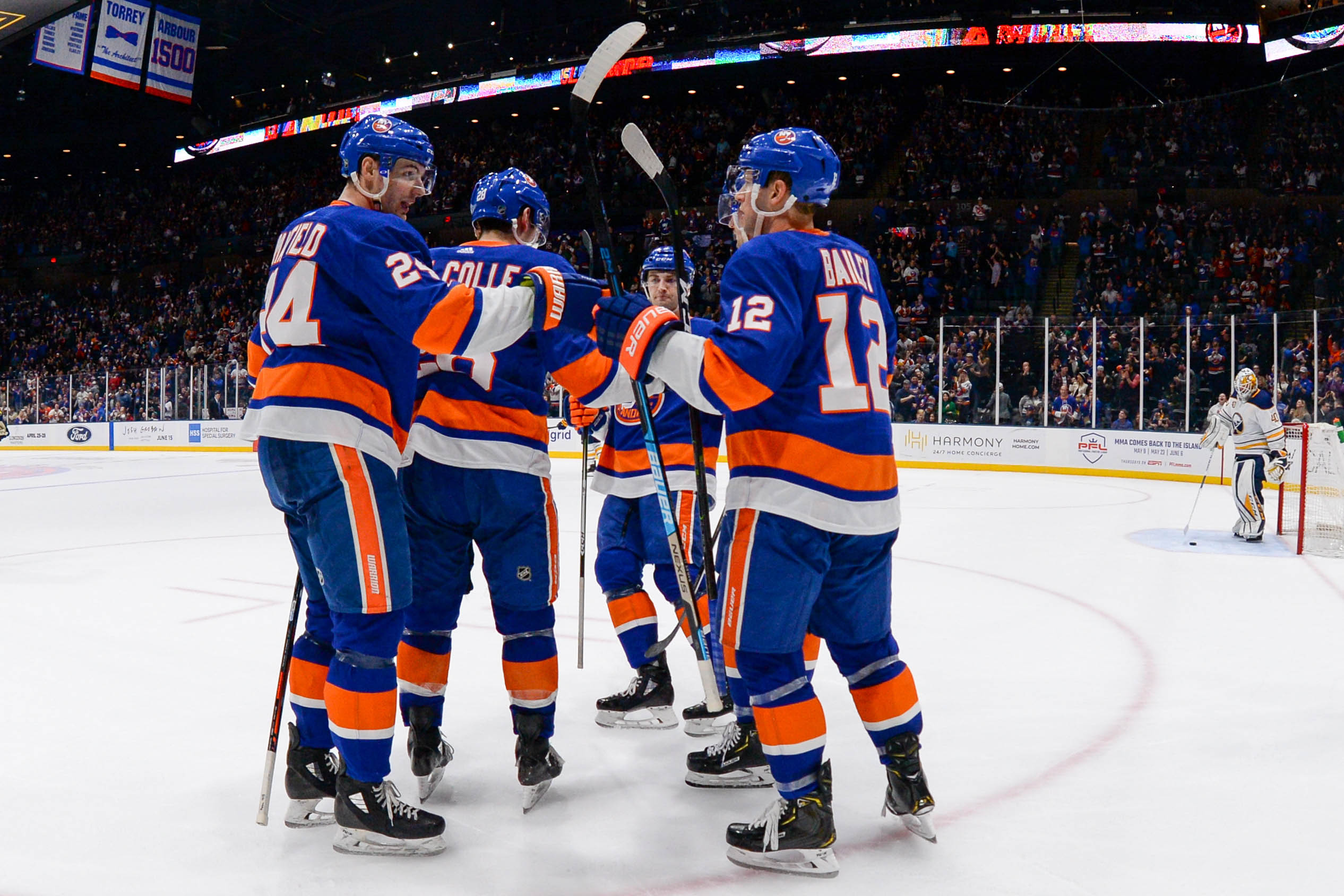 UNIONDALE, N.Y. — X marked the spot and for the Islanders that meant a trip to the playoffs.

The Isles punched their ticket to the postseason on Saturday with a 5-1 win over the Buffalo Sabres and saw that coveted X placed next to the team’s name on the standings. A pair of goals from Anthony Beauvillier, coupled with goals from Jordan Eberle, Michael Dal Colle and Ryan Pulock helped New York down Buffalo.

The playoff-clinching victory on home ice was the first for the Islanders since 2002, when they defeated the Washington Capitals 5-4 on April 6.

“It’s fulfilling because this group of players had a determined sort of attitude right from the get-go,” Islanders head coach Barry Trotz said. “They stayed with it and the strength of this team has been its backbone. Not it’s wishbone. Wishing wins. We have had to go and work for wins, and they have. It’s good to know we’ll at least get an invite to the party.”

A trip to the playoffs was hard to imagine back in July after former captain John Tavares signed with the Toronto Maple Leafs in free agency. Many hockey pundits had predicted the Islanders would be sitting near the bottom of the standings at the beginning of the season.

Instead, the Islanders have been one of the most surprising stories in the NHL. Their 99 points in the standings is the most through 79 games in the post-cup era, according to Islanders statistician Eric Hornick, and the win over Buffalo was the first time the Isles have clinched in the month of March since 1990.

“I think it was expected, not only that it was possible,” Matt Martin said when asked if he thought the Islanders would make the playoffs. “I don’t know if you met Lou (Lamoriello) and Barry (Trotz) they don’t accept complacency in any way what so ever. They told us from the beginning that we’re going to be a good team we just had to buy in and I think we’ve done a good job of that.”

The Islanders kept the moment in perspective after the game when they faced the media. The team is still fighting for home ice advantage and there are just four games left in the regular season.

The victory helped the Islanders remain three points back of the Metropolitan Division-leading Washington Capitals and put a four-point cushion between themselves and the third place Pittsburgh Penguins.

“We’re excited, we’re happy,” Islanders captain Anders Lee said. “We’ve accomplished a lot with not a lot of people believing in us. From the fans to us, it’s a great first step here.”

The Islanders, who have struggled in recent games to put points on the board, had no issue finding the back on the net against Buffalo. New York peppered the Sabres with shots and offensive pressure before Eberle scored his third goal in the last three games to put the Islanders up 1-0 at 7:41 of the first.

Beauvillier scored his first of two goals 8:20 into the second period after beating Carter Hutton with a wrist shot from the slot. Michael Dal Colle made it 3-0 with his third goal of the year in the final minute of the second.

Pulock made it 4-0 less than a minute into the third period and Beauvillier made it 5-0 off a pass from Josh Bailey. Saturday was Beauvillier second multi-goal game of the season.

Victor Oloffson scored the Sabres only goal with 6:32 left in the game.