D'Angelo Russell is leading the basketball revolution in Brooklyn 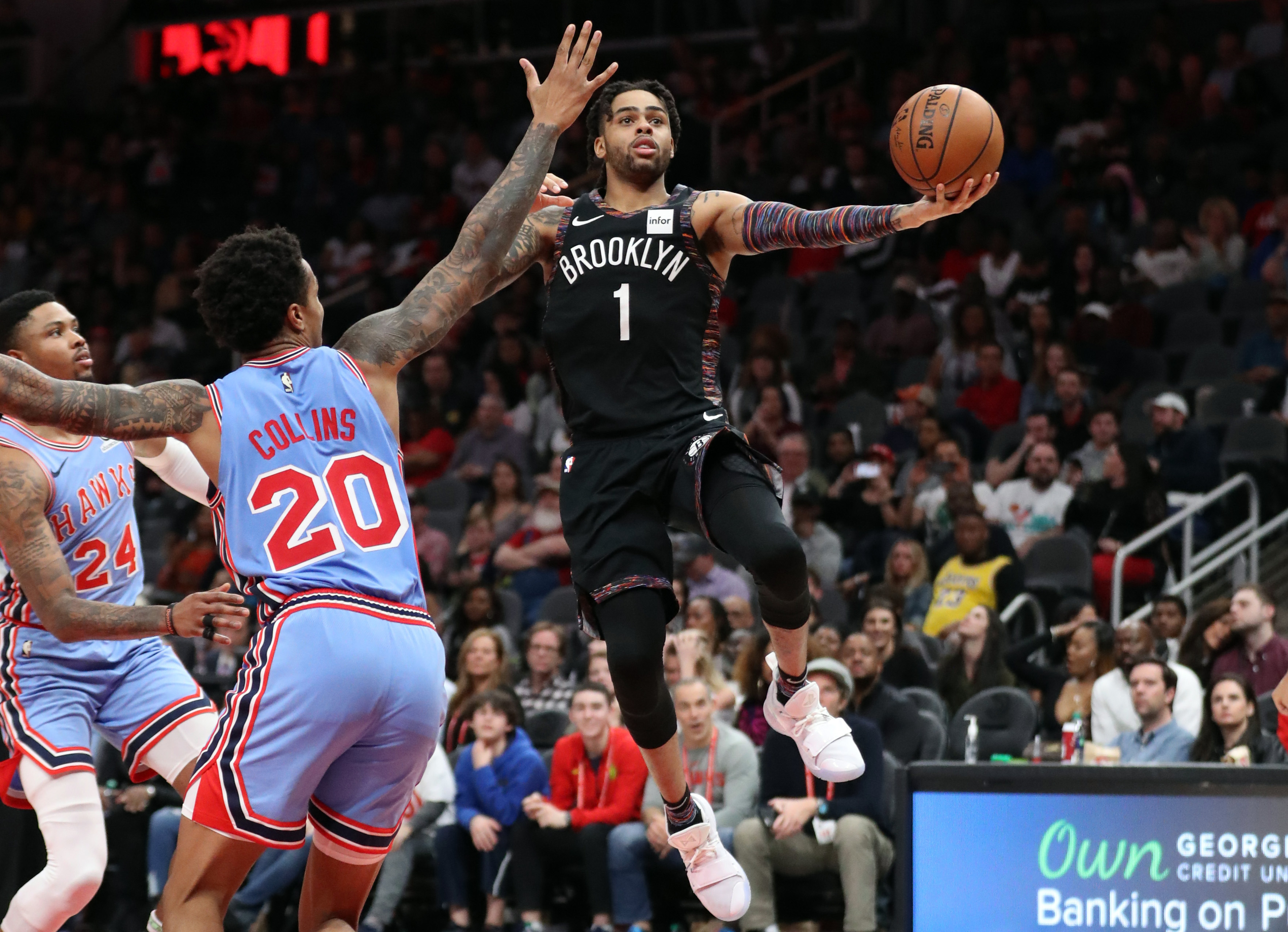 D'Angelo Russell is leading the basketball revolution in Brooklyn

About four years ago, the Brooklyn Nets were looked at as a laughing-stock in the NBA. They finished the 2015-16 season with a record of 21-61, after finishing the previous season with a 38-44 record.

During that infamous season, the Nets went through two head coaches as they fired Lionel Hollins and made Tony Brown the interim head coach.

While they seemingly figured things out in the front office, Brooklyn’s on the court future, however, looked very bleak.

They did have no young players to build around and did not have any draft picks of their own, thanks to the Danny Ainge fleecing them for older players in Kevin Garnett, Paul Pierce, and Jason Terry.

While Brooklyn was struggling to find their identity on the east coast, the Los Angeles Lakers found themselves with the No. 2 overall pick in the 2015 NBA Draft.

The Lakers had a disappointing record of 21-61 to end the 2014-15 season and needed a young prospect to help reignite the fan base. This is where D’Angelo Russell comes into play.

Russell, who only spent one season at Ohio State, was looked at as the best point guard in the draft with immense star potential.

The only problem with that statement, however, is Russell never lived up to or got the opportunity to showcase his star potential with Los Angeles.

Even though these statistics were pretty solid on the surface, Lakers President of Basketball Operations Magic Johnson thought that the 21-year-old point guard was not a leader.

Johnson ultimately traded Russell along with backup big man Timofey Mozgov to the Nets during the 2017 NBA Draft for a late-first round pick, which became Kyle Kuzma and Brook Lopez.

The Lakers had selected Lonzo Ball with the second overall pick earlier in the draft, which made Russell expendable.

With that being said, no one knew that the former Ohio State standout would become an All-star only two years later and have Brooklyn in the thick of the playoff race.

However, this is where we are at with both Russell and the Nets proving their doubters wrong.

The Nets currently have a record of 39-39 and seventh place in the Eastern Conference playoff standings. But they are only a half game out of the sixth spot with four games left in the regular season.

Between him, Caris LeVert, who was looking like a candidate for Most Improved Player Award earlier this season, Spencer Dinwiddie, Joe Harris, and Jarrett Allen, the Nets finally have a young core to build around.

It’s been a long time since we could say that the Nets have a bright future, but this is the new normal in the borough of New York with head coach Kenny Atkinson calling the shots.

And things are only going to get better with Russell — who said in February that the trade to Brooklyn was “the best thing that happened in my career” — leading the charge.