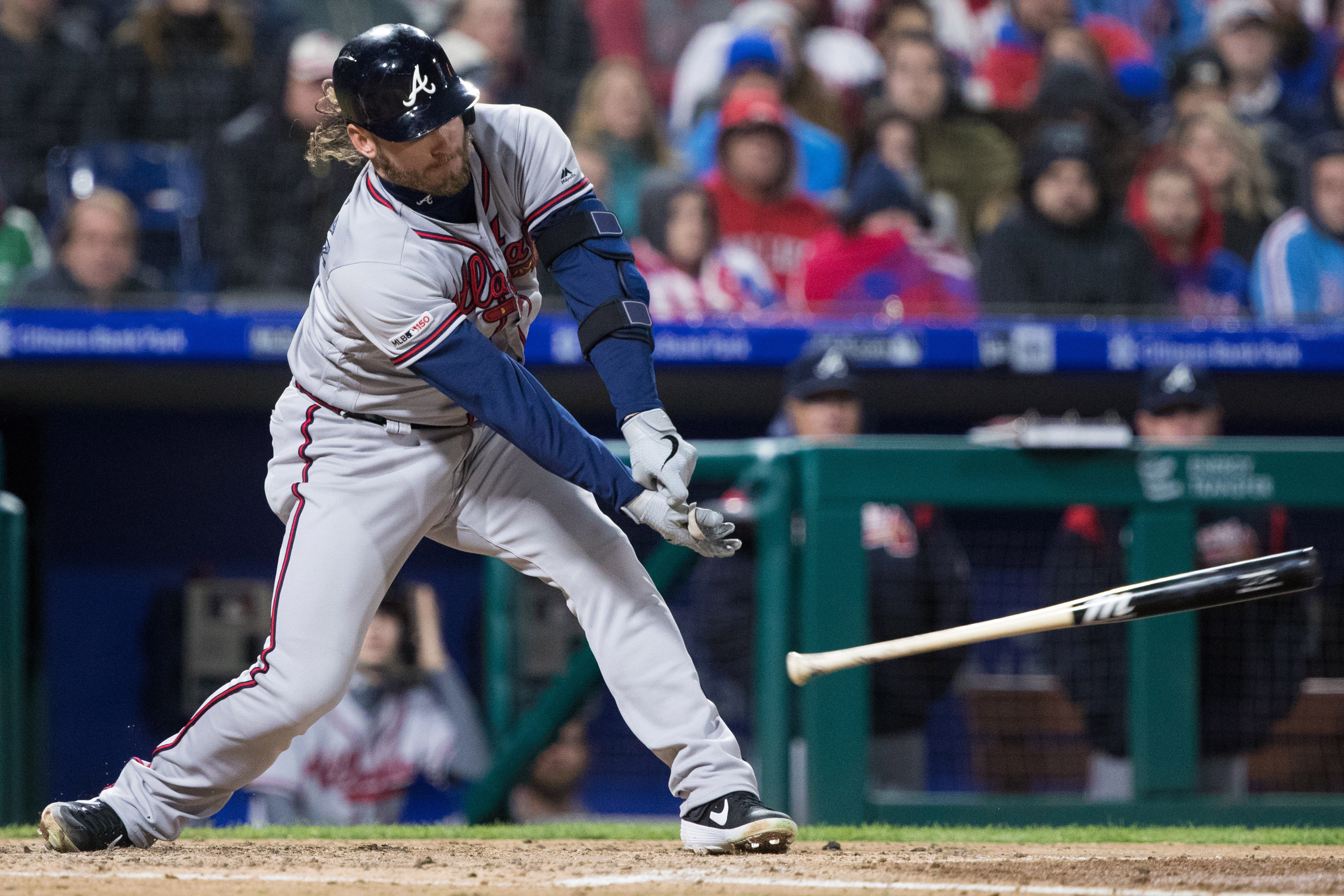 Murphy’s Law is not related in any way to Dale Murphy, who played for both the Braves and Phillies during his major league career. Rather, it refers to the old adage that “whatever can go wrong, will go wrong.” In Philadelphia to open the season, the Atlanta Braves tested the law to its fullest and there’s quite a bit of truth in it.

After getting routed in the first game of the year and losing by a pair in the following game, the Braves saw yet another bullpen implosion, a young starter fighting his own stuff, and their big off-season move continue to underwhelm while another team’s flurry of winter moves paid huge dividends. The script was already tiresome for Braves fans who came into the opening series with high expectations only to wonder if this season would not resemble the one that preceded it.

Of course, it’s way too early to even suggest that the Braves are in big trouble, but many of the same issues the Braves had in 2018 are still present in 2019. Their retooled lineup, which yesterday included Josh Donaldson and Brian McCann, mustered all of four hits. Their only run came on a wild pitch and despite adding six walks, zero extra base hits helped to lead to an 0-for-6 day with runners in scoring position. Weak jumps on Jake Arrieta also took away a pair of runners who were caught stealing by the player Atlanta tried to wrestle away from Miami for two consecutive off-seasons in J.T. Realmuto.

And then there was the much beleaguered bullpen. Max Fried, expected to start Thursday, worked his second game out of the pen and walked two of the four batters he faced, leading to a pair of inherited runners to score. Shane Carle, who got brutalized by Realmuto in the opener, served up a homer to Bryce Harper that is simply part of our orbit now. He then hit Rhys Hoskins, earning an ejection by Rob Drake, which was rather comical to assume that Braves relievers could even get remotely close to hitting a target this weekend. Hoskins later scored against Luke Jackson, who worked two “scoreless” innings to “lower” his ERA to 12.00.

There were some highlights. Kyle Wright started and occasionally flashed the kind of filth that has the Braves front office so convinced he is going to be a star. He struck out four batters during his 4.1 innings, but battled his own command so regularly that he walked five. With nine walks Sunday, the Braves have now given 20 free passes in 24 innings. Greg Maddux also once walked 20. He just took 232.2 innings to do it during 1997. See, if you don’t find ways to laugh, things like this Phillies’ series are going to be even harder to deal with.

I did promise some highlights. In addition to the occasional Wright nasty delivery, Albies made some more solid contact from the left side and it’s been so far, so good on his adjustments to avoid a second half like he had in 2018. Freddie Freeman reached base three times and has a 1.492 OPS. Granted, three other Phillies still had a better weekend, but that’s still a solid start. And that’s the end of the highlights portion of this column.

The Braves had a bad opening series. It’s not the end of the world. The problem, though, is that the same things people were critical of the Braves for during 2018 and over the off-season cropped up in the worst way during the series. They couldn’t throw strikes, let alone quality strikes. The bullpen was a parade of horrors. The offense couldn’t keep up. And through it all, Brian Snitker looked powerless to stop any of it. Let’s just say that if you were concerned before the first pitch of the season, your panic button has been pressed 700 times already.

After giving up long homers in his first two outings of the year and “earning” an ejection after the second dinger, Shane Carle could be the sacrificial lamb as the Braves open their home slate of games today. Four of the team’s relievers, including Carle obviously, have already pitched twice and with Sean Newcomb going today, the Braves might look to bring in a reinforcement. Further pushing this narrative was the fact that Carle left the clubhouse last night before it was opened to the media.

Carle, like Luke Jackson, is out-of-options. Like I said, it’s comical to think Carle was trying to hit Rhys Hoskins in last night’s game. He may have left the clubhouse angry about that. But the Braves’ pen is searching for answers and might be shuffling the deck already.

Despite facing J.T. Realmuto, who has one of the best arms and pop times in baseball, the Braves attempted six steals in the series. They were successful in just half. To be fair, Ender Inciarte was thrown out after Josh Donaldson took a strike three.

But the aggressive mindset on the base paths will be something to watch as the season continues to progress. The Braves only attempted 126 stolen bases last year and were successful for 90 of them, or 71%. If Atlanta wants to increase their stolen base attempts, increasing the frequency they are successful will be paramount.

After pitching an inning on opening day and warming up yesterday, Max Fried tossed 25 pitches on Sunday. He was the planned starter for Thursday evening’s game against Chicago, but that probably will be adjusted now. Even if Fried starts, he’ll probably be on a low pitch count. Atlanta could go with a piggyback approach and bring back Game 2 starter, Bryse Wilson, to follow Fried. That would set up Kevin Gausman, Kyle Wright, and Sean Newcomb to start next week’s series with the Marlins.

-It was the first true ESPN game for the Braves this season and boy, was it ugly. I don’t really care about all of the Bryce Harper talk. He’s one of the best players in the game, highly marketable, and just arrived in Philly via one of the most ridiculous contracts in history. But do their announcers have to struggle to pronounce every player’s name? And does Alex Rodriguez add anything but absolutely nothing? It was bad. Just bad.

-Three games in and Brian Snitker has used two double switches – something Braves fans have been quite critical of. In Saturday’s game, he double-switched Donaldson out in a two-run game. He did the same thing to Dansby Swanson in Sunday’s game. We shall see if that continues.

-Did you miss my article on Freddie Freeman’s frequency at beating the shift? I uploaded it yesterday and please give it a read. If you like it, feel free to share it or this column on social media to help us out. Every time you do, a Braves Angel gets its wings.

-Atlanta opens a three-game series with the Cubs later tonight. The Cubs, like the Braves, are having just the worst time with their bullpen so I fully expect the first game to last well into May. Sean Newcomb gets the start for Atlanta while Kyle Hendricks goes for the Cubs. Hendricks had the fifth-lowest BB/9 in the NL last year. Newcomb had the highest. I’m sure that won’t be a problem.