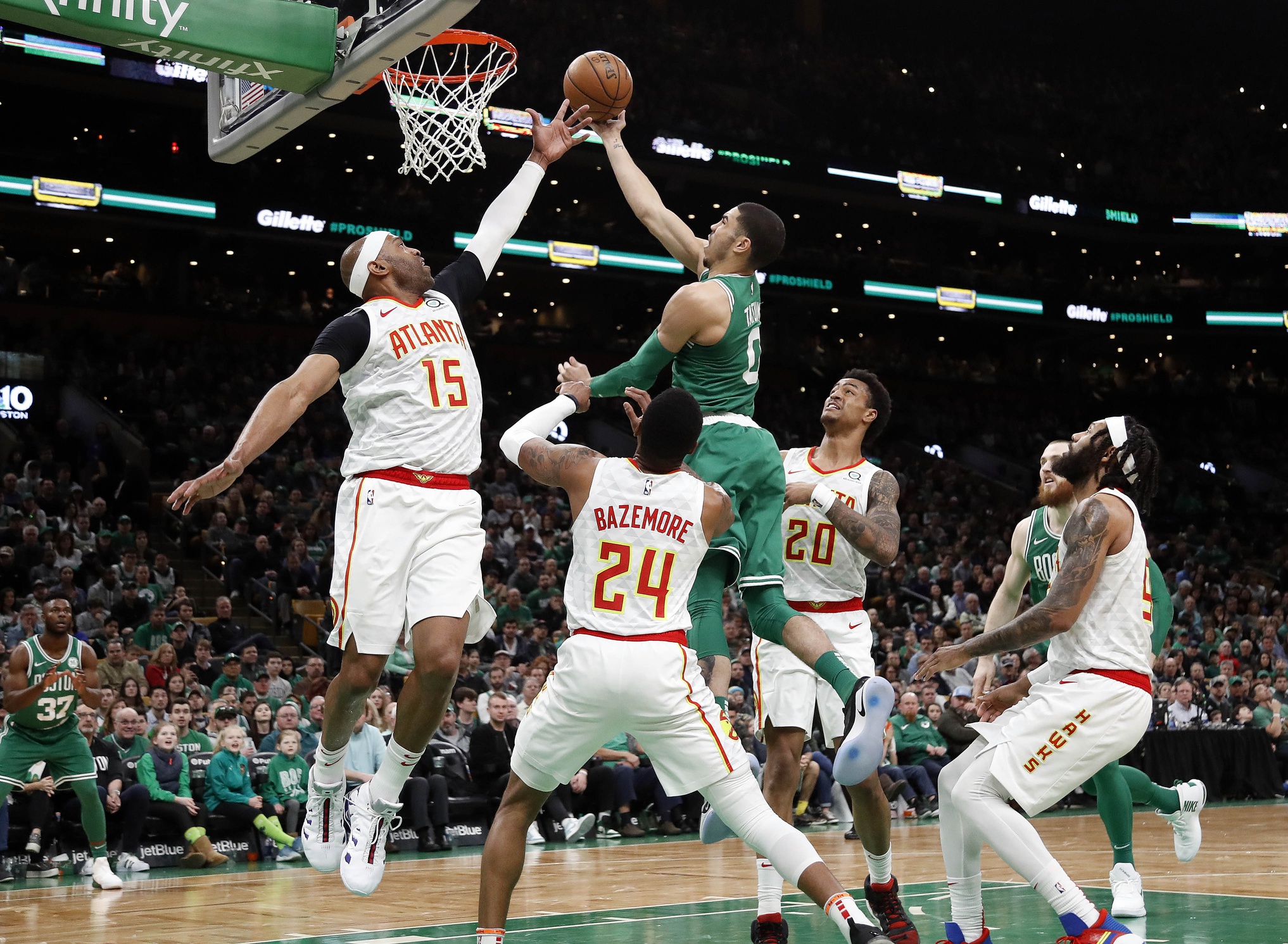 While the physical being behind No. 34 in the Garden rafters isn’t sure Jayson Tatum will ever be all that he can as long as he’s with the Celts — or at least with the current roster — Pierce thinks the second-year forward can take a dramatic step forward by taking more steps toward the basket.

Pierce wants to see Tatum drive more, believing the difference in his bottom line would be significant.

“Oh, he’d be an All-Star,” Pierce told the Herald. “Just those little things right there, getting to the hoop and getting to the line. For a guy with his athleticism, his skill set and his ballhandling, his height, he should be a guy that gets to the line at least six times a night and makes five out of six. That’ll take him from a 16-point scorer to a 20-point scorer, and he’ll be in the conversation for All-Star every year on a winning team.”

The Celtic coaches have worked with Tatum on his game, and it’s hard to argue with the overall results so far, but Pierce had a lot of driving and low post trips in his bag — enough to make him the franchise leader in career free throws made and attempted, as well as the single season record holder in both categories.

And he’s willing to share his knowledge with Tatum.

“I haven’t talked to Danny about it yet,” Pierce said. “Me and Kevin (Garnett) talked about it when he went down there, but that’s something I would love to do. I probably will talk to Danny.”

I’m all in on some Paul Pierce tutelage for Jayson Tatum. As it stands now, a Tatum drive often leads to a turnover with Jayson throwing his arms in the air and complaining to the officials.

Tatum’s free throw attempts are down from his rookie season 3.2 – 2.9. He currently sits 91st in the league in FTA.

It’s not just Tatum. The Celtics’ 19.8 FTA per game ranks 29th in the league. This team loves the jump shot.

On Page 2, the Celtics need to flip the switch NOW.

Irving and Aron Baynes (with San Antonio) are the only Celtics to win an NBA title. Horford has only been to the Eastern Conference finals. Rozier, Brown, Morris, and Tatum, of course, also helped the Celtics reach the Eastern finals last year.

But it would be inaccurate to say they already know how to win in the postseason. These Celtics aren’t the Big Three of the 2000s. They lack that confidence and swagger to win even on their worst nights, like Saturday.

They would have used a hard foul or some other method to prevent Russell from scoring 20 points in eight minutes, a stretch that totally changed the game. The Celtics have to use the next week to play the game the right way, to embrace the competition — because Miami and Dwyane Wade desperately want to make the playoffs in his final season and Orlando is tired of being in the draft lottery — and play their best right now.

I think we’re all tired of flip the switch talk. On the bright side, it appears everyone is a go for Miami.

#NEBHInjuryReport for tomorrow vs Miami:

The Pacers host Detroit tonight, who are jostling with the Nets and Heat for the 6-8th seeds.