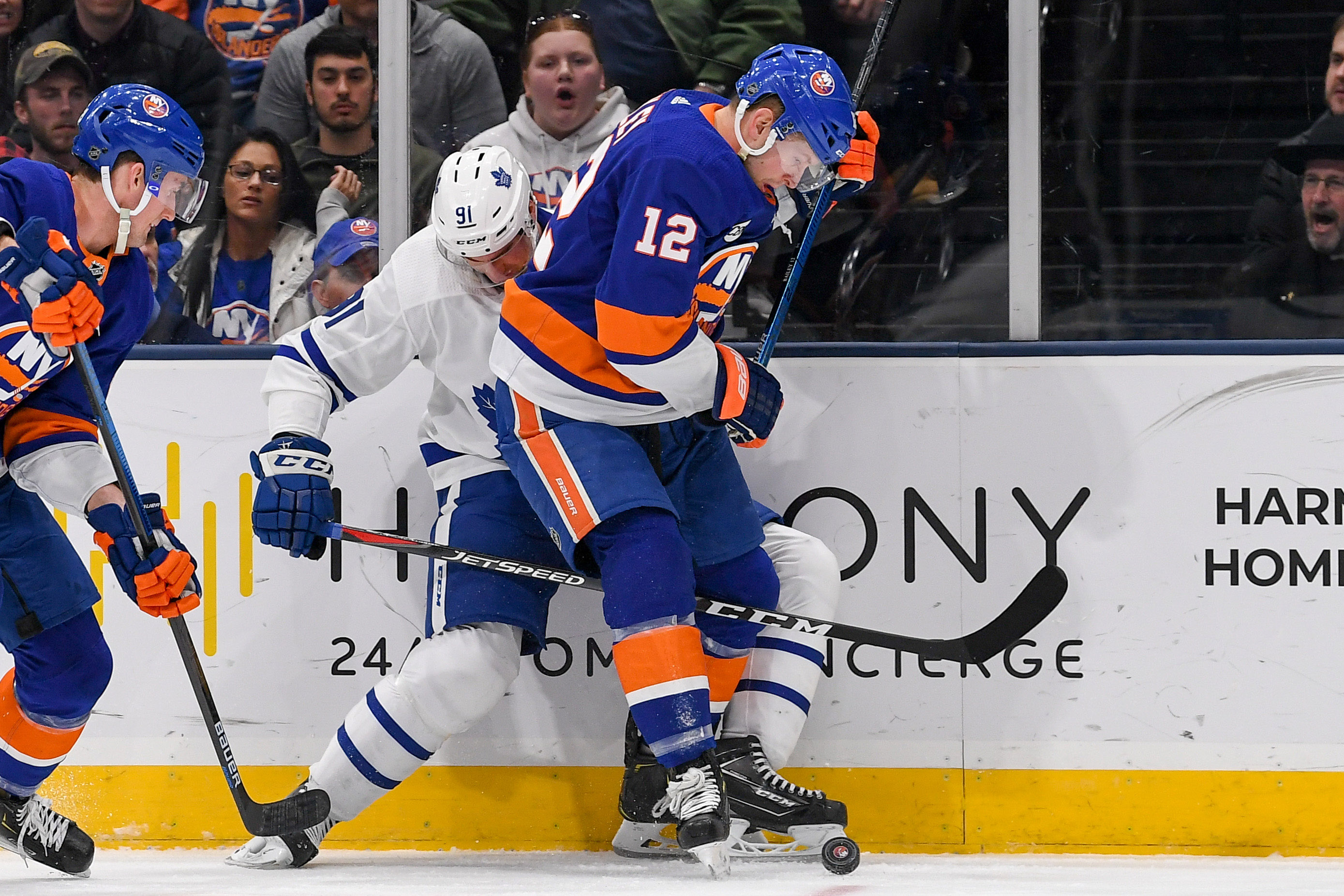 UNIONDALE, N.Y. — Islanders statistician Eric Hornick comes up with some mind-boggling stats sometimes, none more so than the one he tweeted out before the third period.

“Isles PP now 0-31 at Coliseum since All-Star Break, after scoring 4x in 5 game stretch at Coli before break,” the tweet read. The Islanders did finally find the back of the net on the man-advantage — a late third-period goal from Jodan Eberle that gave the Islanders some life — but they closed the regular season with one power-play goal on Coliseum ice since the all-star break.

The Islanders finished the night going 1-for-4 on the power play, which included four consecutive minutes of five-on-four play in the second period that yielded no results. It was a struggle for most of the night on the man-advantage for New York, which had a hard time entering the offensive zone during the power play and when it did manage to do that the Islanders didn’t generate many chances.

“Where do I start,” Islanders coach Barry Trotz said when asked what needs to be fixed with the power play. “I think it’s just getting the right mentality. Tonight, two areas that affected our power play big time, number one was faceoffs. We lost every faceoff. So you’re coming down ice and they did a good job on the entries.

“Usually that’s an area of the game that we’re pretty good, entering.”

The Maple Leafs had eight shots for during four minutes of power play time by comparison.

Islanders captain Anders Lee believed it all came down to execution, or lack thereof, on the power play. He credited the Maples Leafs for being aggressive on the kill, but said that they have to find a way to adjust.

“You have to go in with a gameplan and execute that gameplan,” Anders Lee said. You can be searching for answers and doing all these things, but (the answer) is pretty much right in front of you the way we’re playing. Tape to tape passes, getting pucks to the net and we did that in the last power play. We got within one.”

But with the playoffs right around the corner, the Islanders power play will need some finetuning fast.

With just 33 goals on the man-advantage, the Islanders are 28th in the National Hockey League in the category. Only Columbus, Nashville and Montreal have fewer power play goals this season.

And the team’s power play percentage of 14.8 is ranked third last in the league.

The Islanders have two games left on the calendar before the playoffs begin next week. There is still a fight for home ice left and a chance the Isles could win the Metropolitan Division.

“You want to take these final three, now final two games, to prime yourself for the next stage,” Lee said. “Looking forward to six periods of good hockey and fine-tuning our game.”