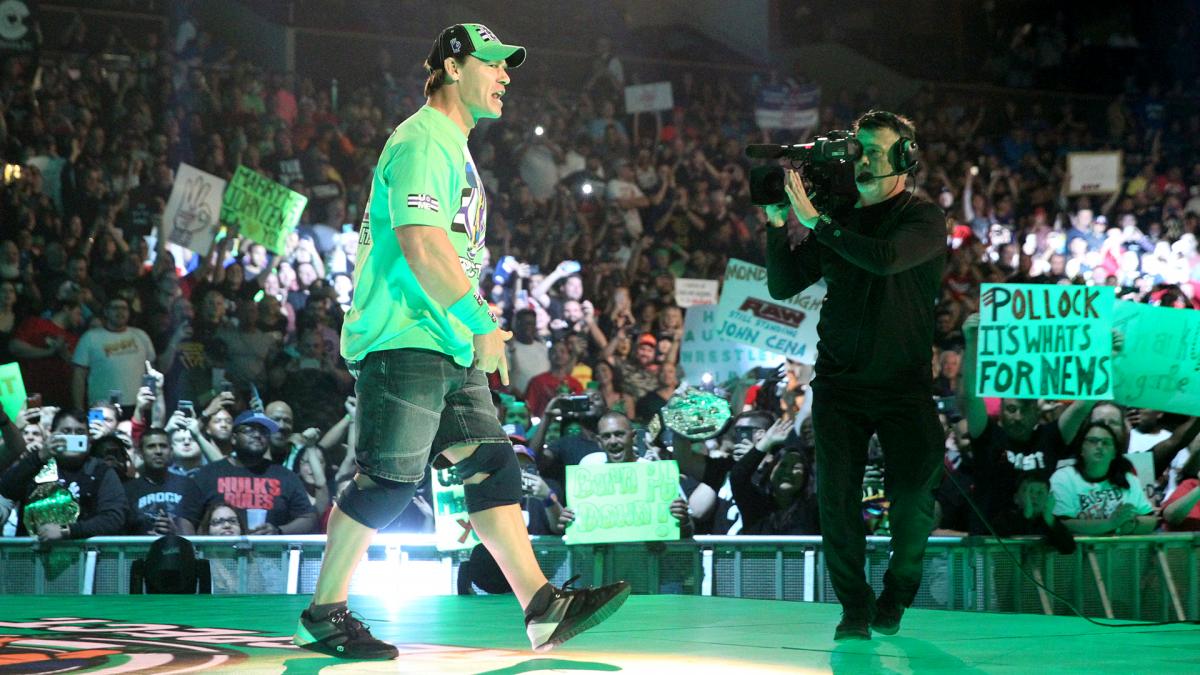 WrestleMania 35 is a mere days away, but it just still seems out of sorts that John Cena has yet to be a part of the stacked card.

Considering Cena was taken out of the Royal Rumble match this past January, his WWE appearances have been rather sporadic, with one of the most recent ones seeing the former WWE Champion putting over Becky Lynch on an episode of Smackdown Live.

The transitioning of Cena’s role from the ring to other endeavors have taken a more obvious approach this year. Cena has been keeping himself busy outside of WWE, from his dates with the TODAY show to making movies – much like former foe Dwayne “The Rock” Johnson. Cena’s days with WWE are far from over, but with the company building onto newer talent such as Roman Reigns and Seth Rollins, his involvement isn’t such a big priority.

Many factors play into the idea that someway, somehow, there is got to be something for Cena to do on Sunday. From Kurt Angle’s retirement match to the event taking place at MetLife Stadium, the opportunities present themselves much to fans’ desires. With many reporting that his schedule is free after wrapping up his latest filming project, Cena’s appearance could come with surprises.

Last year saw Cena watching WrestleMania from the seats until The Undertaker answered Cena’s challenge. The impromptu match saw Cena be put out rather quickly, which is something that was not normal in the least.

With various reports surfacing in the days ahead of WrestleMania, one idea is that Cena will be a part of the event in a surprise capacity. Cena has been posting on social media in reference to Angle’s retirement match against Baron Corbin – a match that fans feel is unjust for the WWE Hall of Famer. While fans think that WWE may just create a full circle moment between Cena and Angle, its been said that plans are most definitely kept under wraps.

Rest assured whatever is in store for Cena on Sunday, it will be a WrestleMania moment that can be added to his growing list of moment makers.