We got Harper: Bryce Harper return and homer highlight 8-2 win in D.C. 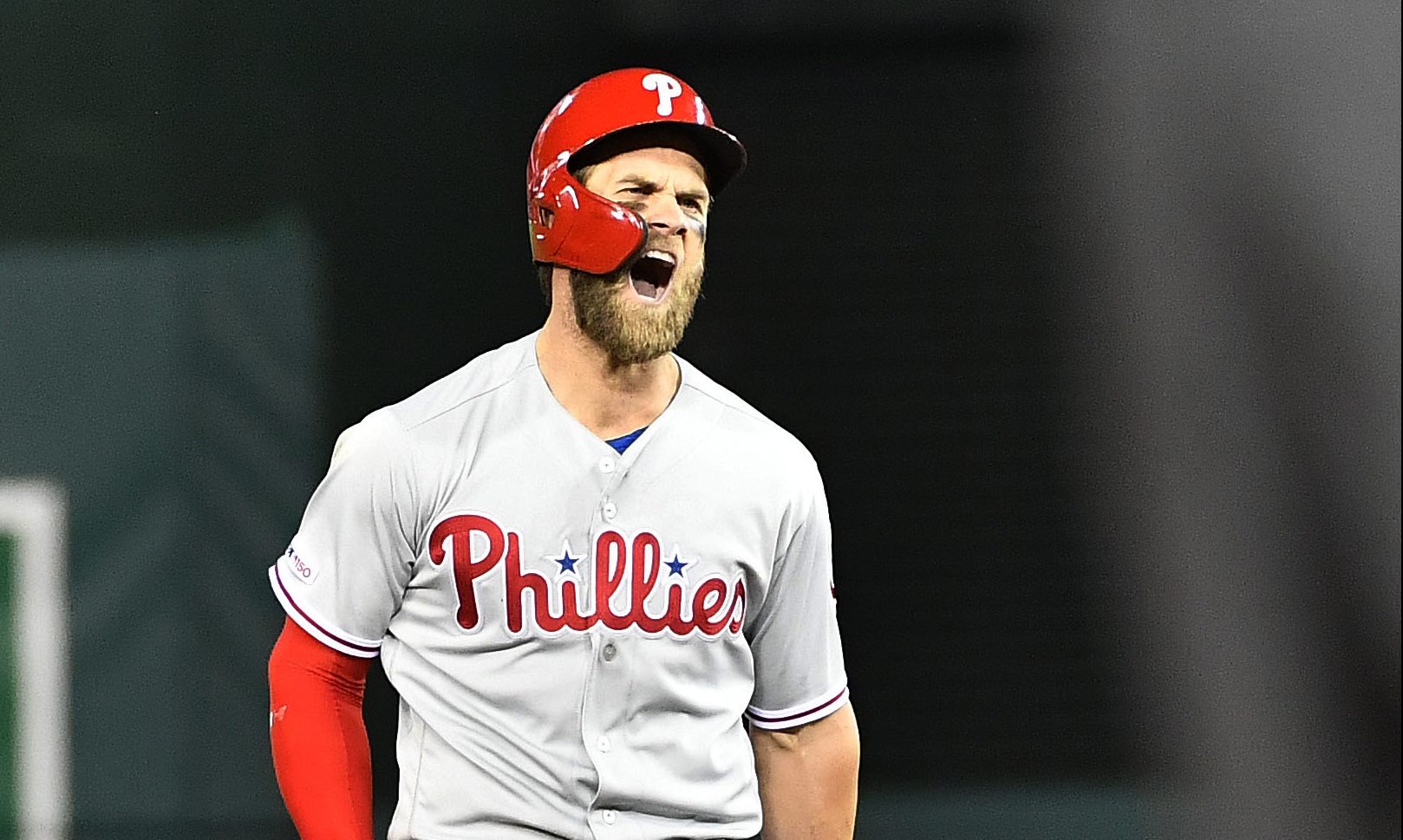 We got Harper: Bryce Harper return and homer highlight 8-2 win in D.C.

In his first game back in the nation’s capital since signing with the Philadelphia Phillies, Bryce Harper figured he would receive a mixed reaction from the Washington Nationals faithful. As expected, the reaction was more toward the negative end of the spectrum with a loud chorus of boos all night long. But it would be Harper who would get the last laugh on Tuesday night after a rain-delayed start as the Phillies celebrated an 8-2 victory to go 4-0 to start the season.

Facing Max Scherzer was easily the toughest test from an opposing pitcher the Phillies have faced in the first few games of the season, but the other new additions to the team were not rattled at the start. Andrew McCutchen led the game off with a single on the second pitch of the game, and Jean Segura managed to reach safely on a botched play in the infield that put two runners on for Harper with nobody out. This was the first time Nationals fans really got to give Harper the rude welcome back to town. You have to respect the gamesmanship by Scherzer to maybe let the booing sink in just a little more before the at-bat started.

Scherzer would get the best of Harper, getting the former Nationals franchise player to go down swinging and sending the locals into a jubilant celebration. Honestly, I respect that.

The Phillies took a 1-0 lead when Maikel Franco lined a homer to left field in the second inning. It was Franco’s third home run of the year, all to left field while batting in the 8th spot in the lineup. This one came on a 2-2 pitch with two outs. You have to love that.

With the score still 1-0, Scherzer vs. Harper was ready for Round 2 in the third inning. It had a similar result, with Harper once again going down swinging against the former Cy Young winner.

While Scherzer was getting his strikeouts, so was Phillies starter Zach Eflin. Eflin’s 2019 season debut was a beauty with five scoreless frames and nine strikeouts while allowing just three hits and walking one.  Eflin was pulled from the game for a pinch hitter in the top of the sixth inning with the Phillies holding a 2-0 lead and looking to get some breathing room against the Washington bullpen. He had thrown 85 pitches at the time, but he had officially outlasted and outdueled Scherzer for the night. Although Nick Williams struck out in the pinch-hit appearance, the Phillies went to work with two outs to pad their lead in a big way.

McCutchen walked to load the bases with two outs and Jean Segura snuck one down the right field line to clear the bases for a 5-0 lead.

That once again brought up Harper, who had already reached base earlier in the game with a double off Scherzer. This time, he singled to drive home Segura.

Oh baby, Harper was just getting warmed up.

Fast forward to the 8th inning, with the Phillies leading 6-2. Facing former Phillies pitcher Jeremy Hellickson, Harper turned around on a cookie with authority for a two-run shot. It was Harper’s third straight game with a home run after going without a hit on opening day.

And how about that bat flip sure to ruffle some feathers in the D.C. metro area?

Safe to say Harper is already showing his power early this season.

The @Phillies with the last laugh on Twitter dot com tonight. pic.twitter.com/lAfoqKIyqU

It took until the 16th game of the regular season to notch a fourth win against the NL East last season, picking up the fourth win in the 10th game in the division. With Aaron Nola set to take the mound for his second start of the season Wednesday afternoon, the odds feel good for another win and an abbreviated sweep of the Nationals. The Phillies might lose a game at some point this season, but they remain the only team without a loss around Major League Baseball to date.