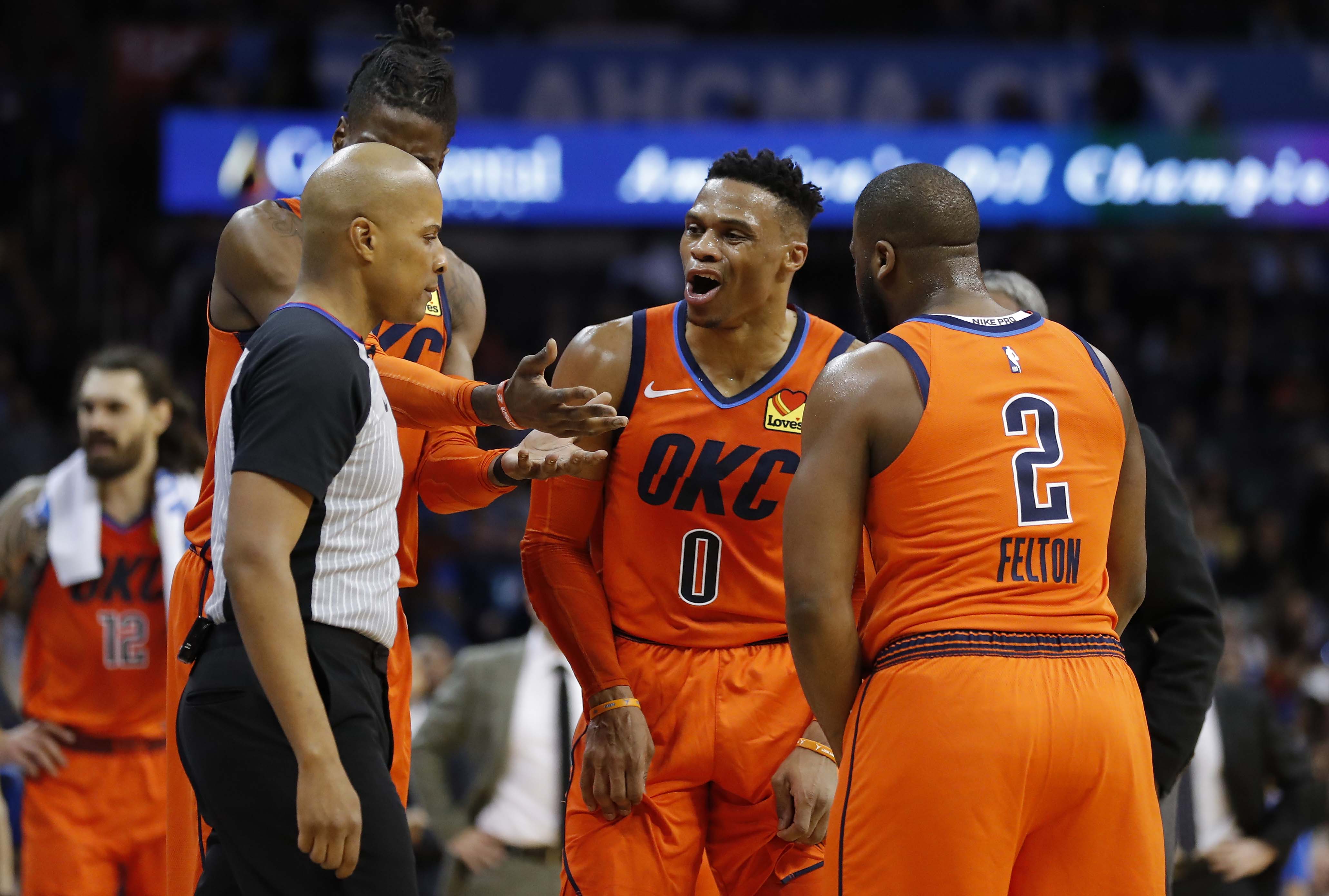 The NBA community has been shook up since Nipsey Hussle was tragically shot multiple times and killed in front of his clothing store in Los Angeles on Sunday, and Russell Westbrook has no different.

Russ was asked about it by reporters on Tuesday, and it was clear that he was still saddened by the loss of his good friend. He kind of stared at a reporter for asking the question in the first place, and then declined to talk about the tragic incident.

Full Russell Westbrook availability today. Didn’t want to talk about the passing of friend Nipsey Hustle and walked away pic.twitter.com/aDeOOgVheX

He also tweeted this on Sunday night after first hearing the news.

YOU’RE ONE OF ONE BRO!!! Rest Up King 🙏🏾🙏🏾 pic.twitter.com/fXzJesHlaB

It’s clear Nipsey was loved by the athlete and celebrity communities, and he’ll be missed.