Your Morning Dump... Where it's another day, another blown 20 point lead 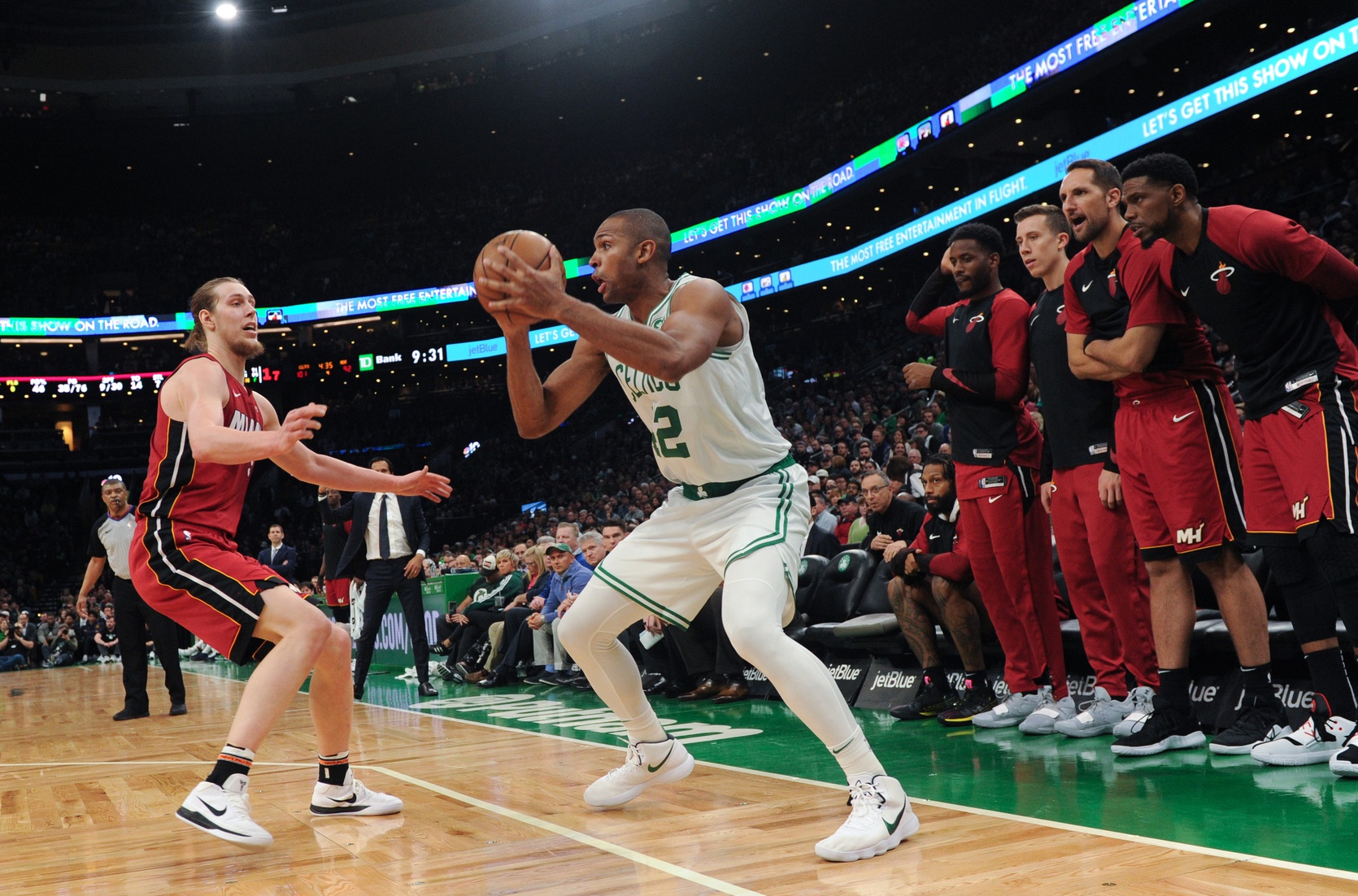 Your Morning Dump... Where it's another day, another blown 20 point lead

Fourth Quarter: The Celtics let their lead dwindle all the way to three as they again had trouble with Miami’s zone defense.

They dealt with it well early on but as they lost focus, they lost the ability to bust the zone.

“I thought we just got stagnant against them. We were great in the first half against them, probably the best we’ve played all year against the zone and obviously, been zoned quite a bit by these guys and Brooklyn,” Stevens said. “They dare you to shoot those shots in the middle , and with their length it’s a good dare and you usually aren’t successful, and we missed a ton of those. We’ve got to make sure we’re a little more purposeful and getting a great one. And not staring.

There’s a reason why you don’t see true zone defenses very often in the NBA: Because by and large they don’t work. A team that can move well without the ball can shred a zone defense.

Boston should be a team that moves well without the ball at all times. Rather than setting up offenses with a single player who has to have the ball in his hands at all times, surrounded by immobile guys whose offensive assignment consists mainly of catch-and-shoot threes, the Celtics have a number of players who, again, should be able to move well both with and without the ball.

However, when the team hits a rough patch, their offense turns into what–and this may be the only time I ever quote Bill Simmons–‘a clogged toilet’. Throwing a zone defense against that is incredibly effective.

I mean, guys, the true zone defenses–the 2-2-1, 2-3  (nigh impossible to play in the NBA), 3-2–these things were most effective in the pre-shot clock era. One of the reasons why they stuck around so long in college ball was because of the NCAA’s archaic attitude toward shot clocks. Heck, they’re still effective at times in college ball against teams that are over-coached.

This team’s frequent lapses of focus are maddening–and, not to beat a dead horse–it’s hard to see how the team will find a miracle cure for such undisciplined play once the games start to matter.

I mean, the only way you can acquire patience is by exercising patience. One does not just wake up one morning a more patient person. One becomes more patient by being more patient.

Same thing goes with self-discipline. This team can talk all it wants about how they’re going to be more focused in the future, but you don’t have that quality unless you display that quality. This team has, by and large failed to demonstrate disciplined play, rendering any talk about how they have some secret reserve of this quality as yet untapped and saved for the playoffs highly suspect.

Page 2: Don’t let the back door hit you where the good lord split you, DWade

“Thank you for your amazing career and inspiration. We’ve all benefited from it,” Ainge said while handing Wade the photo and piece of the Boston Garden parquet floor from 2008. “You’ve been a remarkable player, we’ve had some good battles.”

“I now forgive you for messing up Rondo’s elbow,” Ainge jabbed.

Speak for yourself, Danny.

D-Wade singlehandedly ended the last healthy season the Celtics had in their prior incarnation. Rondo was quite clearly not the same player the rest of the series, and Miami went on to easily handle an OKC team that had no business in the Finals.

I’m not sorry to see Wade retire. In fact, I think it’ll be kind of fun watching his jaw shrink back to normal size now that there’s no need for him to keep taking HGH.

By the way: If Ainge decided to give Wade a piece of the parquet and a plaque just so he could publicly–and in front of a throng of reporters–hang Rondo’s elbow injury on him, I am truly impressed. That’s something Red would’ve been proud of.

Boston.com: ‘That so was so cool, and I definitely didn’t expect it at all’ (Of course he didn’t expect it–he knows how dirty he played -ed.) | Celtics spoil Dwyane Wade’s final Garden visit, beat Heat 110-105