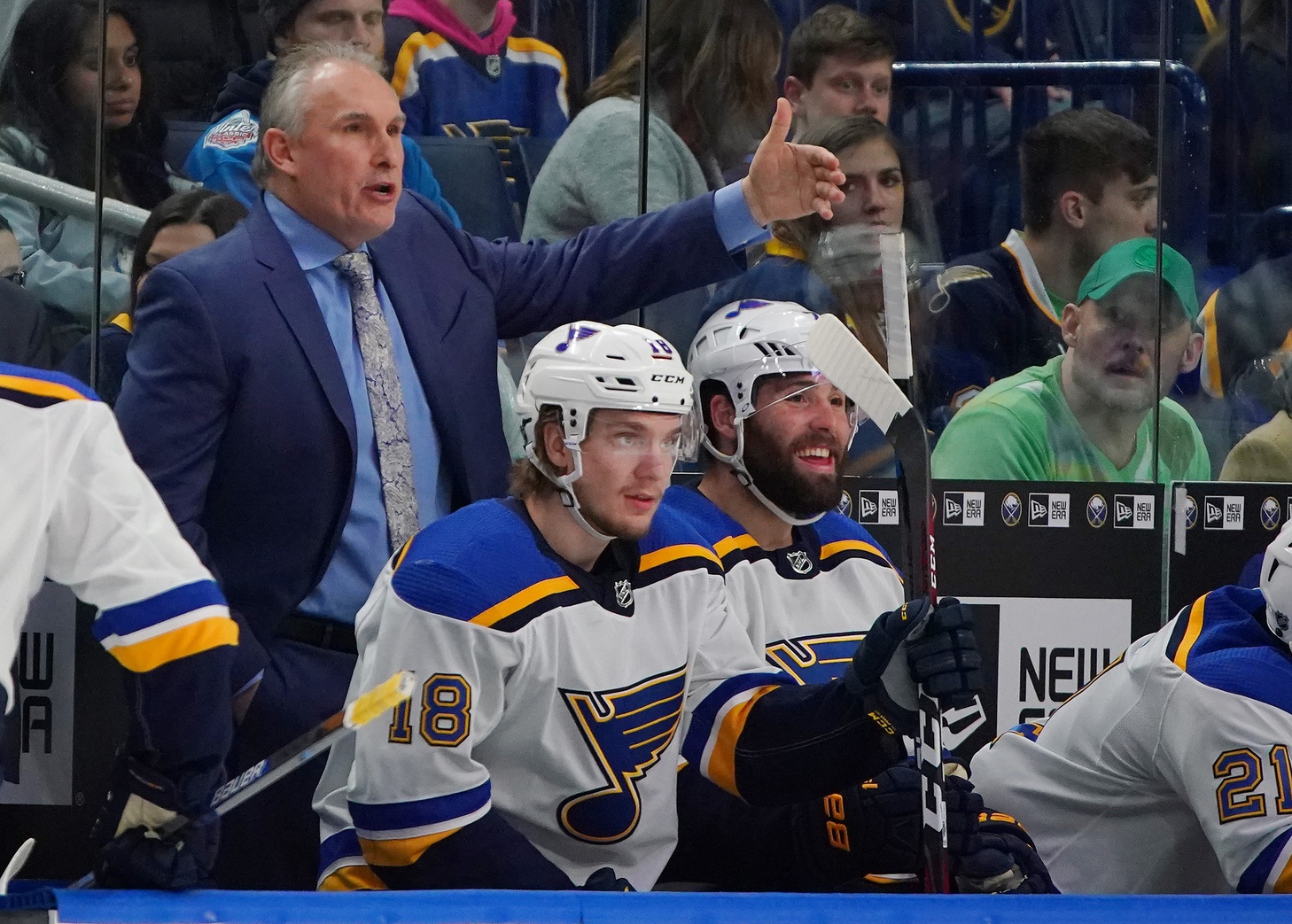 Craig Berube faced a daunting task when he was named the interim head coach of the St. Louis Blues back in November 2018. Following Mike Yeo’s dismissal, Berube was asked to find some kind of stability to turn around a floundering Blues roster.

The Blues rose from the bottom of the NHL standings and now look like a legitimate Stanley Cup contender. Berube has been able to change the mindset of the entire roster, he has been able to find new chemistry on multiple lines and has the Blues playing like they actually want to dictate the play and stick it to the opponent.

The shift from a team that looked like a bunch of spare parts to one that is beating the best teams in the NHL didn’t happen immediately. Things really started clicking when goaltender Jordan Binnington emerged and took over the St. Louis goal. That, combined with Berube’s new message and approach, led to a more confident roster that was playing some great hockey.

Berube’s success is difficult to measure. The exact details of what he has said to transform the dressing room is unknown. Meanwhile, Binnington’s rise is the easier story to focus on as a key turning point in the Blues’ season. While many will point to Binnington, it’s important not to forget what Berube has done behind the bench. He has the Blues playing like a unit, particularly on defense, and has reverted some of the bad habits developed during Yeo’s tenure.

Unfortunately, Berube’s story has been mostly overlooked. ESPN’s recent look at the Jack Adams Award didn’t even mention Berube in their top-3 list. That may be less of a knock on Berube and more of a testament to how many strong coaching stories there have been in the NHL this season.

Where do the Blues go from here?

Berube and his team are ready for a playoff run that seemed impossible just a few months ago. It’s shocking. The whole season feels like a success due to the turnaround. That massive transformation should earn Berube more time behind the bench if he wants it. It’s hard to argue against that kind of result.

It remains to be seen whether the Blues will retain Berube or pursue a new direction following the 2018-19 season. For now, we can all sit back and watch an extremely unlikely playoff run.