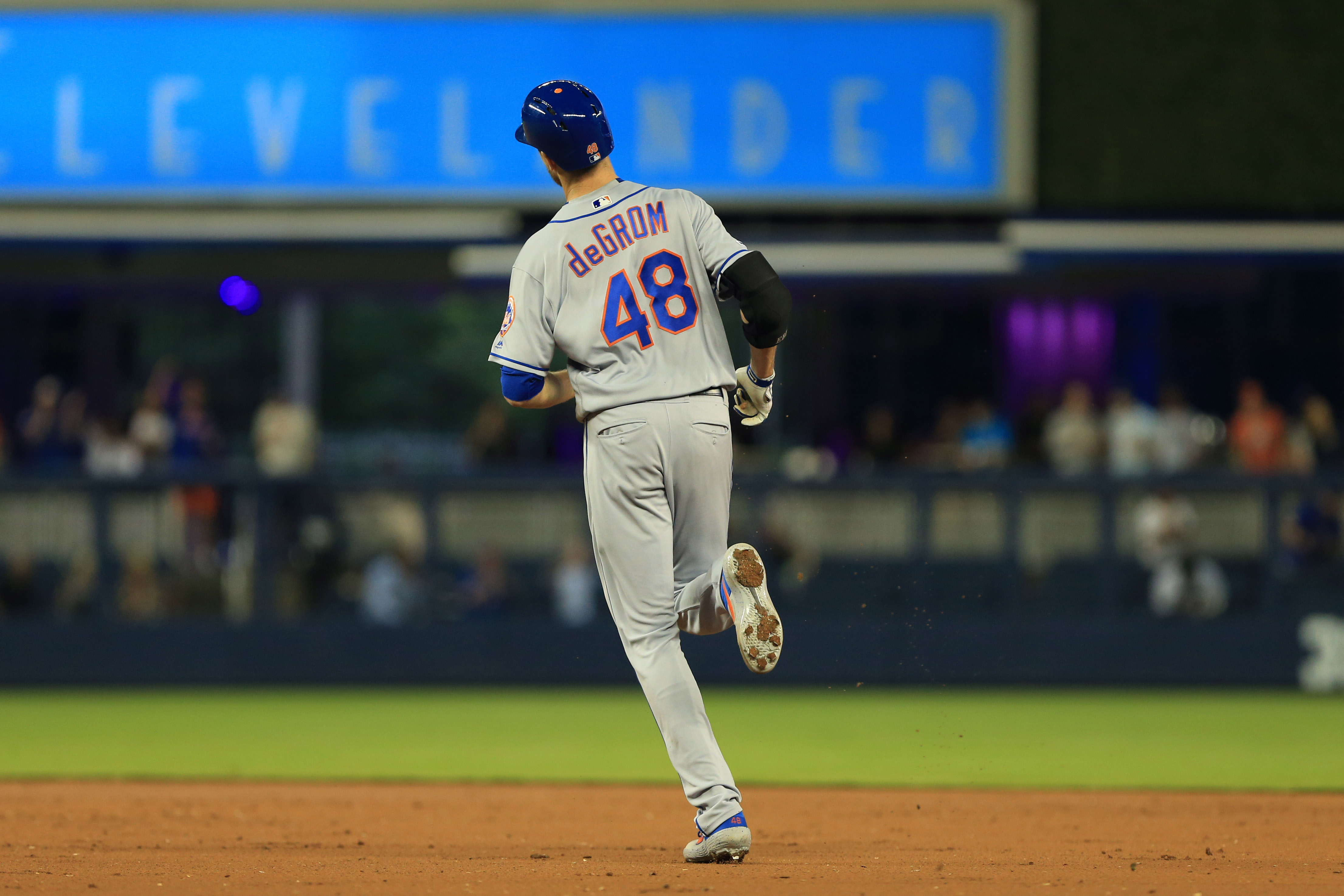 Mets hurler Jacob deGrom put together a fantastic 2018 campaign, and he was awarded with the NL Cy Young award as a result, which he earned.

In our eyes, frankly, deGrom should’ve won MVP, even though he may pitch only once every five days. The stats back up just how dominant he was on the mound, and what he did for his team, specifically how his success translated to victories.

He’s picking up where he left off this season — making hitters look silly — and he did something from the “other” side during Tuesday’s game, crushing a home run off Trevor Richards.

This stat really puts what he did in perspective.

deGrom fastball has been consistent st 97 mph. His home run? That was 102 mph off his bat. He’s odds on for a Cy Young repeat already. Now shooting for the Silver Slugger.

You hit a bomb off the dude and then throw him that? pic.twitter.com/eN9NzJ8ZIL