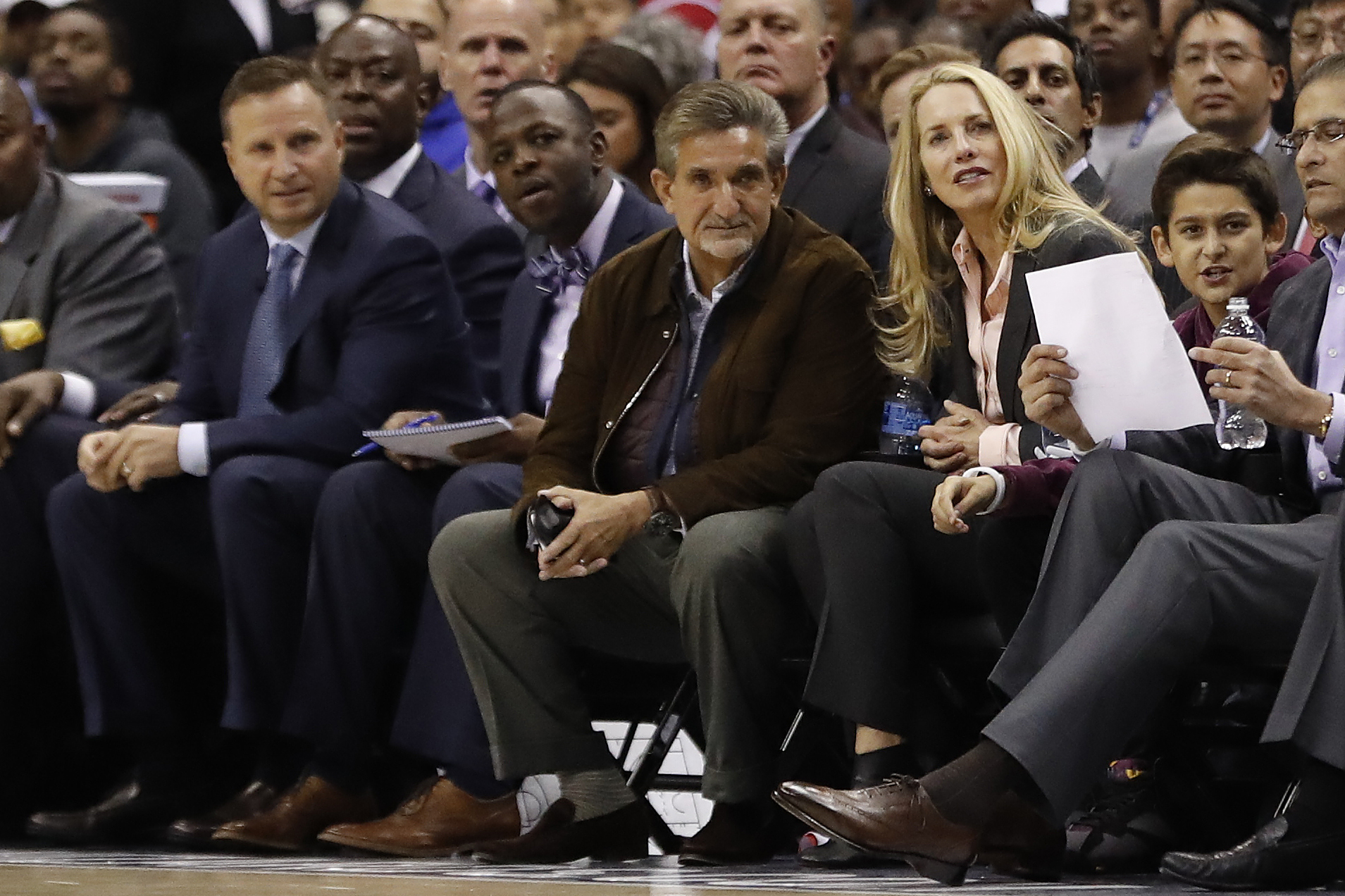 On Tuesday morning, majority owner Ted Leonsis informed Ernie Grunfeld that he would be relieved of his duties as Washington Wizards team president. Despite the joy that such a firing brought to the fan base and even some within the organization, the team has created more questions to answer with the move. For the time being, Senior Vice President of Basketball Operations Tommy Sheppard will assume Grunfeld’s responsibilities and report directly to Leonsis.

Will Scott Brooks be back as head coach next season? Who will be in charge of the front office before June’s draft where the Wizards will make their first lottery selection since 2013? Those are the two biggest questions that will have to be addressed. Leonsis wants to take a two-to-three week period to gather information himself and through an independent firm to pinpoint what the organization does and does not do well. The owner remains non-commital about when the interview process for front office candidate will commence: during that information gathering phase, immediately after, or a few weeks after. The billionaire vehemently denied the idea that Washington has already targeted individuals they want to hire.

“I’m going to do this with a smile. There is no list, Fred,” Leonsis directed at The Athletic’s Fred Katz who said Washington was targeting Denver’s president of basketball operations and Baltimore native Tim Connelly. “There’s no one who has been targeted.”

Leonsis claims otherwise, but the Wizards front office job is not the most attractive job in sports. Even if John Wall returns from his ruptured Achilles reasonably healthy, Washington will still have a point guard on the wrong side of 30 with declining speed that is eating up $170 million over the next four seasons. If Bradley Beal makes third team All-NBA this season, the team may be pressured into offering the shooting guard the supermax extension. If they do not, things get very messy and could end in a trade. But, can you warrant more than 70 percent of the cap tied to a starting backcourt that has never made it past the second round?

The Wizards have been in salary cap hell because of some of Grunfeld’s short sighted moves and will continue to be for the forseeable future. With just five players under roster for next season, assuming Dwight Howard opts into his player option and Washington opts out of Jabari Parker’s team option, the Wizards only have $19.8 million in salary cap space to sign nine more players before needing to utilize exceptions. So what executive wants to get mixed up in that?

The Brooks factor is truly interesting. Does a billionaire consider $14 million as a drop in the bucket and is willing to pay Scott Brooks to sit on his couch over the next two seasons. Will Leonsis completely defer to the wishes of his new team president and/or general manager or will the owner that got Grunfeld to save him $50 million since the start of this season limit his hiring pool by committing to Brooks for the 2019-20 season? Leonsis will be saving a pretty penny by collecting insurance money that will reimburse the majority of Wall’s $37.8 million salary due next season as well as the opening of a sportsbook at the Greene Turtle restaurant on the corner of Capital One Arena. Could that additional revenue allow Leonsis to swallow the $14 million bullet on Brooks?

Despite his flaws, Brooks wants to be the Wizards coach next season, but he understands the writing could be on the wall. His demeanor has saddened from his usual cheerful joking self to one that is attending a funeral. Brooks could be fired at the end of the season in less than a week, during Leonsis’ information gathering phase or after it, into the front office search, before the draft, or be ready to start training camp at the end of September.

“Contracts don’t mean anything,” Brooks expressed at Wednesday morning’s shootaround. “You got to do your job everday and hopefully that’s good enough to survive. I love what I do. I live in a great city and have a lot of important decisions to make going forward and I trust in Ted that he will have somebody in place that move the team and organization in the right direction and I hope that I’m part of it.”

Leonsis had no choice but to terminate Grunfeld for missing on the lowest of possible goals this season — just making the playoffs. The Monumental Sports and Entertainment top dog tried to allow the former Knicks star to keep his job for the final year of his secret contract extension by tempering expectations from the 50-win, Eastern Conference Finals goal the team was aiming for to start the season. Hope was held out until the very end that Washington could squeak into the playoffs even though it was inevitable for months that they would not or at the very least were going to get embarrassed in the first round if they did.

That reality begs the question of why Grunfeld was not fired earlier in the season to allow for an earlier information gathering period and as a result an earlier interview process. With the draft lottery on May 14, pre-draft workouts starting shortly thereafter if not before, and the top 10 pick to be selected on June 22, the Wizards are now in a position where they may have to rush the search process, which is the last thing you want to do. Such may lead to albeit well-liked and respected Tommy Sheppard’s interim tag simply being removed. That is not to say that an internal promotion would be the wrong decision given recent history of Brian MacClellan replacing his former boss George McPhee before winning the Capitals a Stanley Cup. But, it certainly would have made sense to give Sheppard a trial run at the gig for a couple months as Leonsis gained information about the hierarchy he knew little about.

“I do believe in the collective wisdom of the people that Ernie brought it,” Leonsis said hours after relieving Grunfeld of his duties. “We have a really, really good staff. I just wasn’t able to speak to them freely because everything rolled up to Ernie, as it should be. If I was going around him, then we’d have bedlam.”

To save the slightest of face, Leonsis has to let Grunfeld go. So now, after 16 seasons of Ernest Grunfeld running the Washington Wizards, a new era has come with uncertainty at an all-time high.