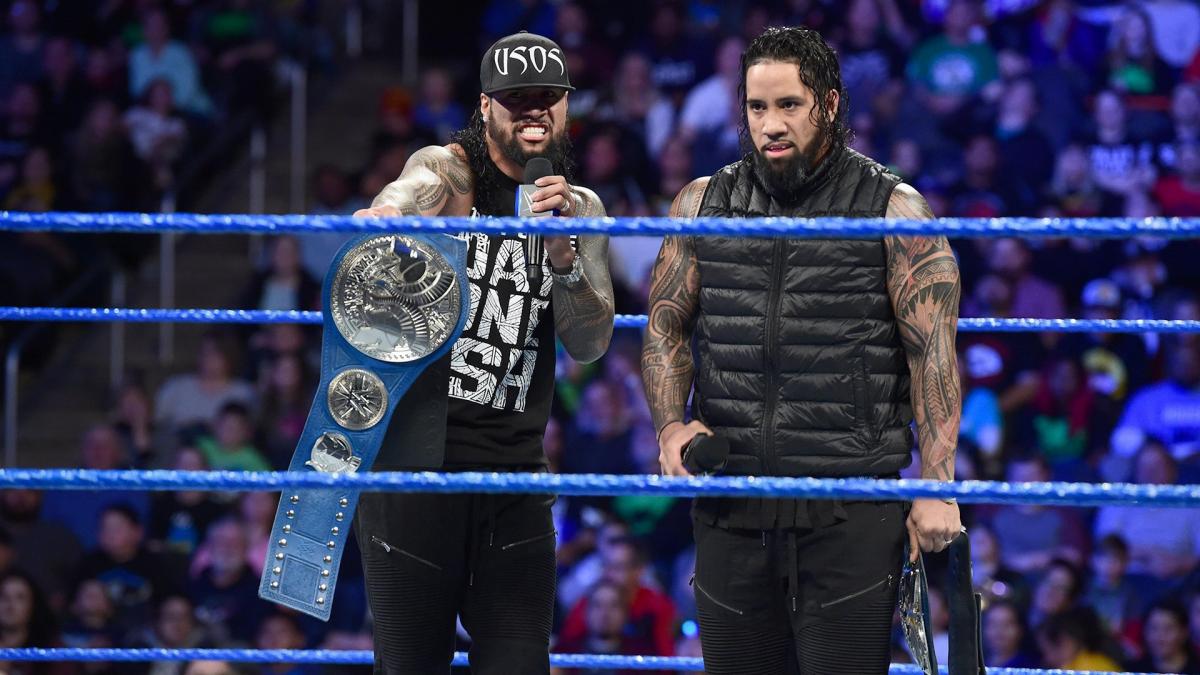 It has been known for a while now that The Usos’ WWE contract was coming up and if they were going to renew them. Fans have speculated that they would not sign a new contract due to the feeling that they have been overlooked. There were also claims that The Uso’s were closing in on a lucrative AEW contract once they let their current WWE contract expire.  Well as of today, reports have confirmed their official decision.

According to PWInsider, multiple sources have confirmed to them that The Usos will be staying with the WWE. The reports have also told them that the current SmackDown Live Tag Team champions have signed this new deal several weeks back.

The Usos have become a staple in the current tag team division by having great tag team matches with some of the best talents in the company ever since debuting back in 2010. They have reinvented themselves as the team that performs the Samoan dances on the stage before their match to creating The Uso Penitentiary on SmackDown Live. Ever since then, they have become a force to be reckoned with in the tag team division on the blue brand.

They won the SmackDown Tag Team championships back at Elimination Chamber by defeating The Miz and Shane McMahon. As a result, The Usos have pulled out all the stops in their matches to hang on to them.

Last night on SmackDown Live, they won an 8 man tag team match along with Aleister Black and Ricochet by defeating Shinsuke Nakamura, Rusev, and The Bar. After the match, WrestleMania 35 host Alexa Bliss came out to announce a fatal 4 way for the SmackDown Tag Team championship at WrestleMania this Sunday. The Usos will defend the championships against The Bar, Aleister Black & Ricochet and Shinsuke Nakamura & Rusev.

Since The Usos have signed a new contract with WWE, it could increase their chances of retaining the titles this Sunday.