Your Morning Dump... Where Marcus Smart deserves his own award by now 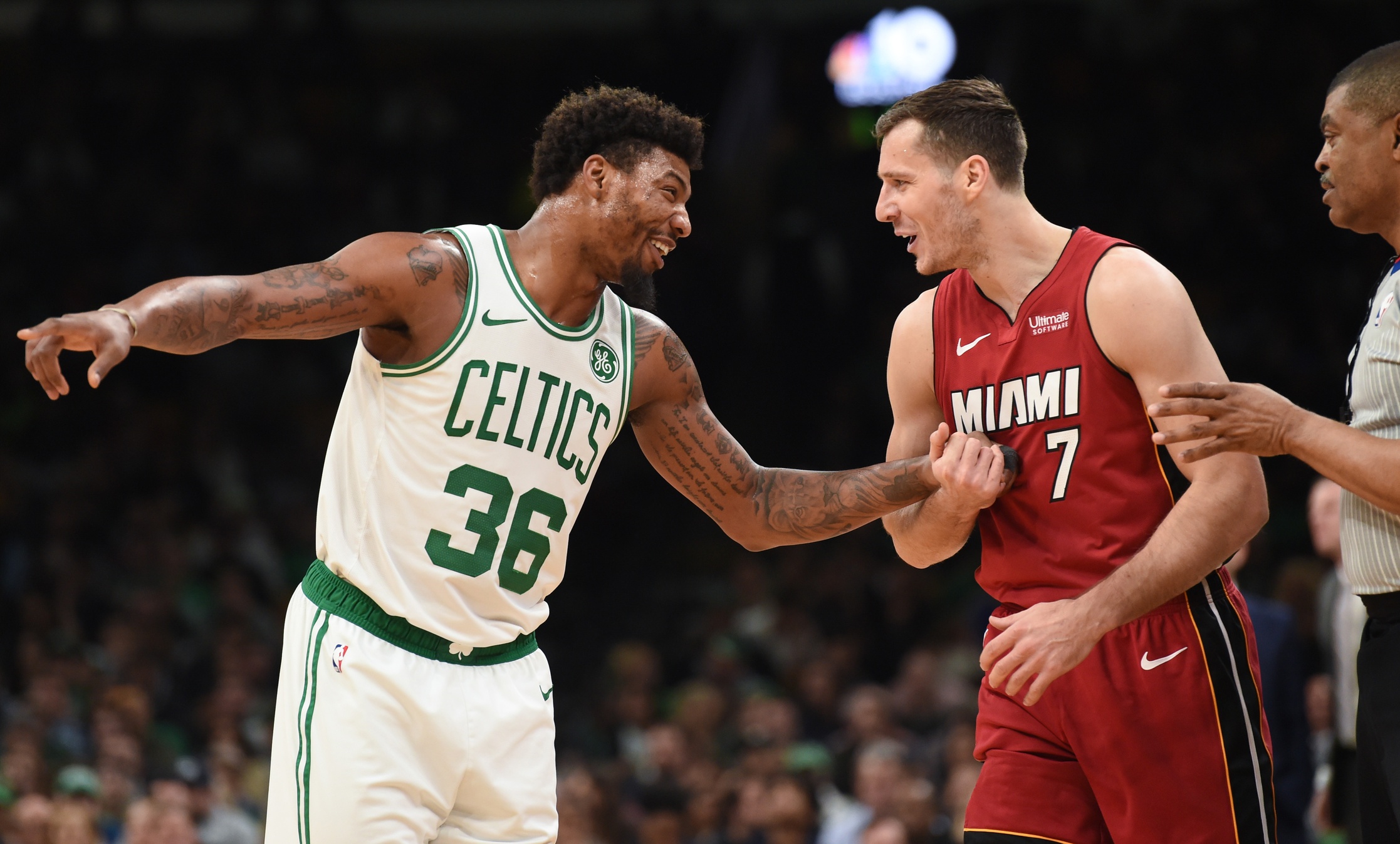 Your Morning Dump... Where Marcus Smart deserves his own award by now

I assume this award is given out on the criteria of “do a lot of good things for people and basketball”, but I tried to brainstorm how a player could best bring the spirit of Red into the modern day. You know, that grit. The edge. I didn’t come up with much, but here’s what I got:

-Cut off the WiFi to the visitor’s locker room

-Smoke cigars indoors – this is a two-for-one because it’s not socially acceptable anymore, but is still symbolic of Red’s legacy, and is smoking is officially cool again in contrast with Juuls

-Run a fast break off a made free throw (Please, Celtics, play with urgency. I’m begging you.)

Marcus Smart would win the award every year if it were up to me. It might also be called the Marcus Smart award by now.

On page 2, we agree that Baynes should start

But with Baynes starting, this group is not nearly as dependent on making shots because it has a dynamic 1-2 defensive punch with Horford and Baynes in the frontcourt, and a defensive stalwart in Smart who has played well enough to garner serious consideration for one of the NBA’s All-Defensive teams.

And while the sample size is relatively small (six games according to nba.com/stats), there’s no denying how well this group has played with one another since head coach Brad Stevens decided to make this the primary starting five.

Check out these stats …

Now the numbers for the previous starting five that included Morris were strong as well:

I’ve tried to put a positive spin on most of the Celtics’ struggles, but only because there have been details that I think people deliberately ignore to justify their hot takes. People tend to ignore that a sizable chunk of the Celtics losses are by only a couple possessions, and therefore don’t strictly dictate which team is the better team overall. That’s a conversation for another time.

You know what I don’t spin anymore? Marcus Morris. Dear god, man. Lineups with him and Rozier have been ghastly. Baynes frustrates the hell out of me sometimes, but at this point I just want the Celtics to play around their net positive players. Playing two bigs is unconventional these days, but it’s the hand the Celtics have been dealt. In theory, one of Jaylen Brown or Gordon Hayward could start as well, but having a small forward as your next biggest player next to Horford has proven to be pretty awkward at times. Morris, to his credit, does fit the frame of a power forward pretty well.

Sometimes, when everybody zigs, you have to zag. The league went small, so I’m on board with the Celtics going big.

MassLive: Al Horford’s health should be Celtics’ priority heading into postseason | A 3-point record, a bouncy Gordon Hayward, and 10 things we learned from Celtics vs. Heat