Watch: Tim Tebow makes Triple-A debut, picks up where he left off 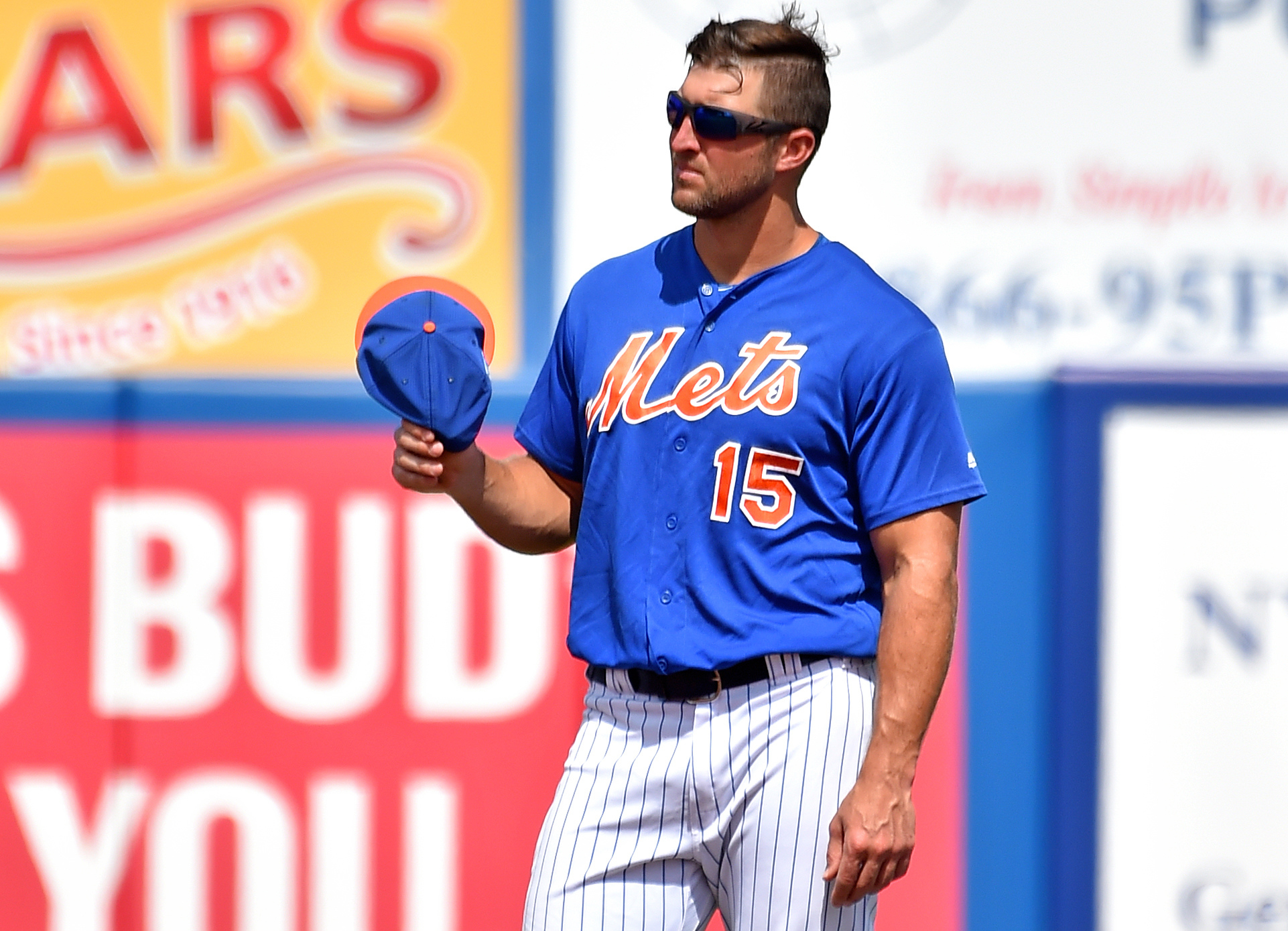 Watch: Tim Tebow makes Triple-A debut, picks up where he left off

Tim Tebow is now one step away from Major League Baseball, and all of a sudden, the dream is starting to look more like reality.

Tebow made his debut for the Syracuse Mets (Triple-A) in their International League opener on Thursday. Fans were excited, as was he, in comments he made to John Kekis of the Associated Press.

“I enjoy the process every day, enjoy every opportunity I get,” Tebow said. “That’s one thing I take a lot of pride in — having fun and not just the destination but truly enjoying the journey.”

Tebow’s first at-bat went like a number of his others have in the past, as he struck out at the plate in the second inning.

Tim Tebow strikes out in his first at bat to end the second inning. It’s 0-0 through two pic.twitter.com/APE17BIEtn

He followed that up with a groundout.

Tim Tebow grounds out to first to end the fourth

Through 4 innings, there has been one hit and no runs pic.twitter.com/5WdZi0l03n

Tebow’s going to have to raise his on-base percentage if he’s going to get called up to MLB.