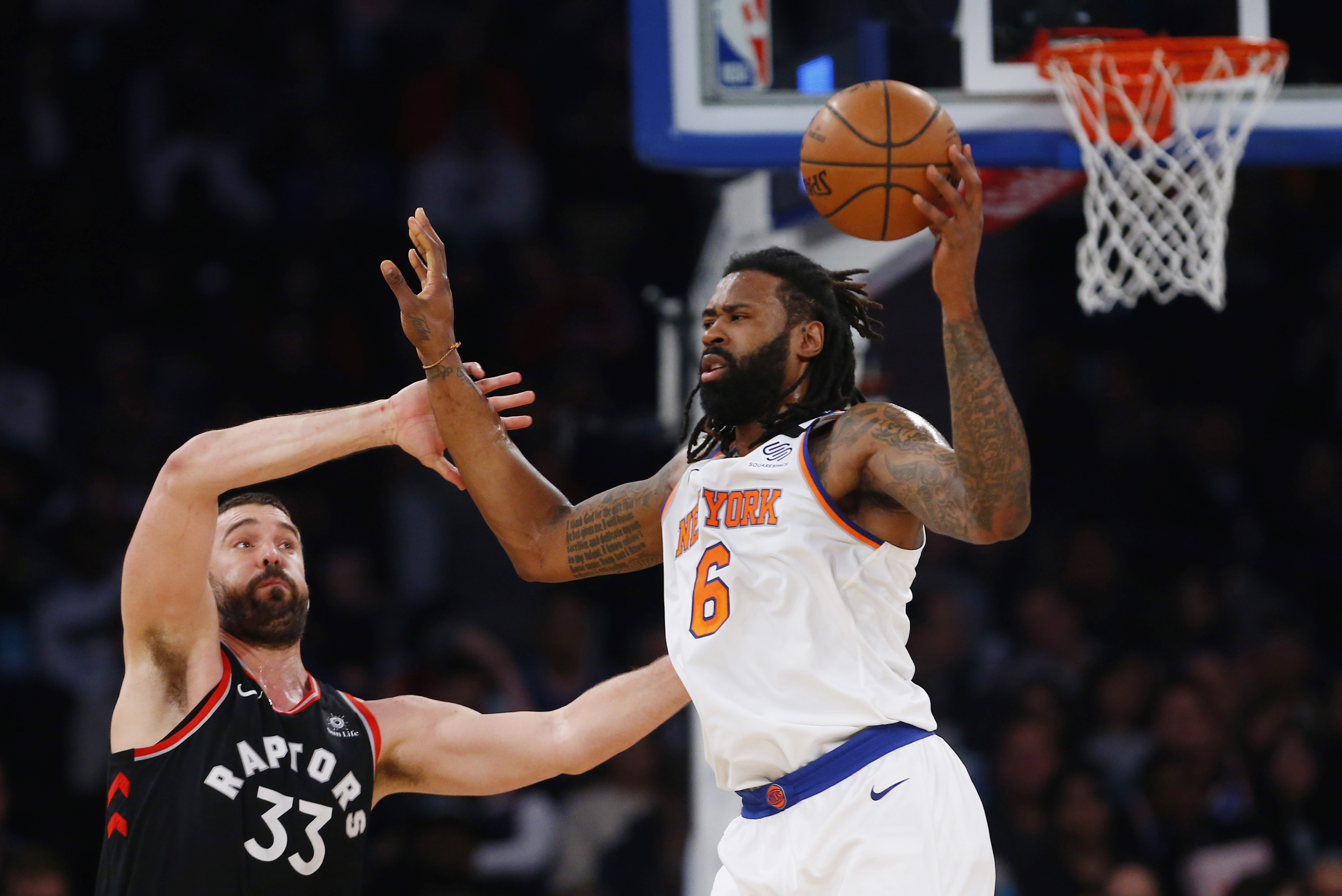 It was known that the Knicks had previously been interested in DeAndre Jordan for quite some time, and the team was finally able to get their man when they worked out a seven-player trade involving Kristaps Porzingis earlier in the year.

Jordan, though, ha never been a focal point of the offense, and now his role on the team has taken a backseat altogether. He was previously averaging roughly 20 minutes per game in mid-February to mid-March, and now the team has elected to just bench him.

The six-foot-eleven big man hasn’t played a single minute in the team’s past three games, and Jordan addressed how he felt about it, in speaking with Steve Popper of Newsday.

“This is very strange for me,” Jordan said. “I’ve never done this before … At the same time, I know the development of these guys is very important. That’s something that I’m down for.

“We had a few conversations,” Jordan said of head coach David Fizdale. “There was definitely some back-and-forth. He knows how much I love to play and how much I want to compete. Overall, we came to the decision together. Everybody thought it was best for the young guys to, like I keep saying, see these guys play and play in bulk minutes.”

Props to DJ for not making light of the elephant in the room; we all know the (15-63) Knicks are tanking, and that’s why they’re not playing the best guys on their roster.