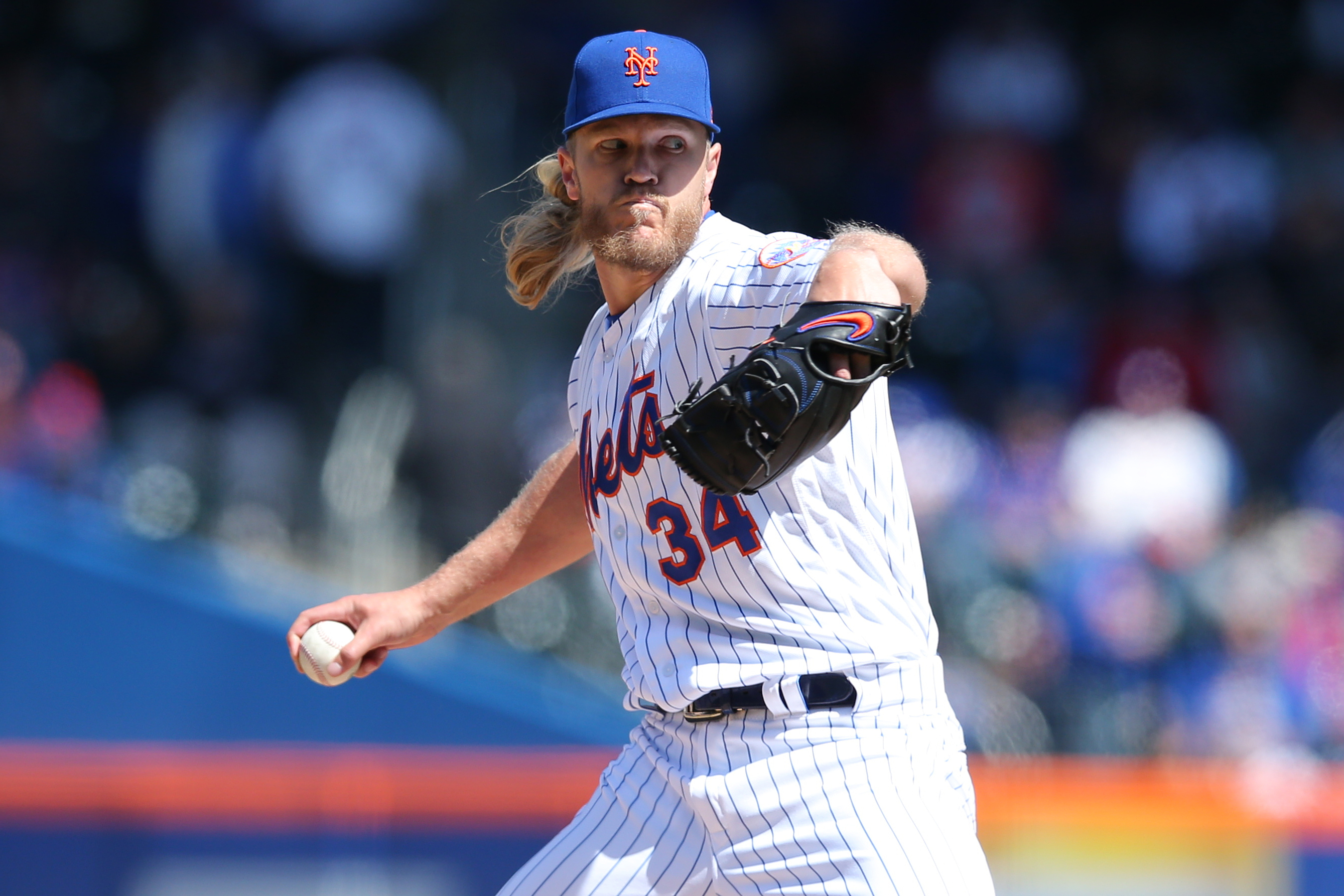 The New York Mets lost their home opener to the Washington Nationals 4-0, and it came as no surprise that the Mets looked lifeless at the plate. Despite playing a night game in Miami on Wednesday, the Mets opted to schedule their Opening Day festivities for 1:10 p.m. on Thursday, giving precious little sleep to a team that got back to New York at about 2:00 a.m. Noah Syndergaard, who had flown ahead of the team to get ready for his start, wasn’t thrilled about the scheduling, MetsBlog.com reports.

Speaking to reporters yesterday afternoon, Syndergaard indicated that he didn’t think the Mets were “in a proper situation” to win based on the team’s travel situation. After defeating the Marlins in a game that started at 6:10 p.m., the Mets’ departure was delayed by an hour when random drug tests were held for several players after the game. While the Marlins accommodated the Mets slightly by moving the game up an hour, the Mets had complete control over their own home opener, opting to play at 1:10 instead of pushing it back a few hours or even to today.

While it may not seem like a big deal over the course of a 162 game season, every win and loss does matter (just ask the 2007 and 2008 Mets how much that one win can cost you). Throwing away games over poor travel schedules is ridiculous and would be worth complaining about if this was simply a case of the league screwing up. The fact that the Mets had this choice in their hands and decided not to alter their plans based on the Marlins’ decision to play this game at night, especially when the schedule was publicized for months in advance, is a bad look.

The Mets have opened with 4:10 p.m. first pitches before, most recently back in 2011 in the first home game for Terry Collins. Even pushing the contest back three hours would have allowed the Mets to get more sleep and give them a much better chance to win. Instead, the Mets basically set themselves up for a totally avoidable loss and have to hope that it won’t come back to bite them later in the season.