Steve Kerr discusses state of the Lakers after blowout win 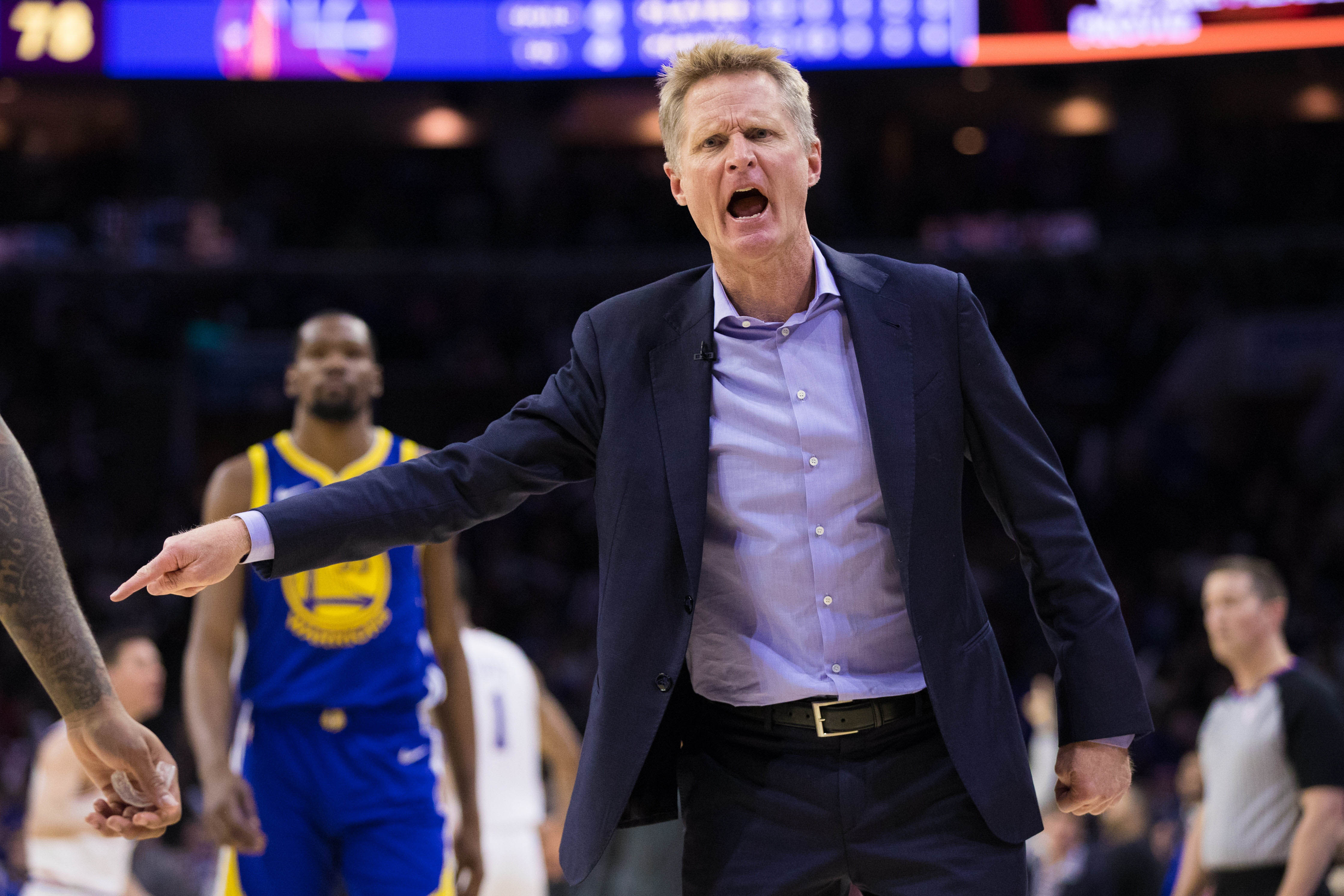 Steve Kerr discusses state of the Lakers after blowout win

The Lakers pulled off one of the biggest upsets of the season when they defeated the Warriors at Oracle Arena on Christmas Day, but it’s been all downhill since then.

LeBron James suffered a groin injury during that game which forced him to exit the contest, and the team has now elected to shut him down for the remainder of the season. Brandon Ingram, Josh Hart and Lonzo Ball are all in the same boat, and they won’t see any minutes until next year.

Thursday’s game at Staples Center show how much has changed between then and Christmas Day, as the Warriors had a 34-point lead at one point in the third quarter, even with their starters playing limited minutes. The Warriors jumped out to a 39-12 lead after only one quarter of play, holding the Lakers to their lowest point total of the season.

Warriors head coach Steve Kerr was asked by reporters about what has changed over the past few months for the Lakers, and here’s what he had to say.

“When they beat us on Christmas, to me, they looked like one of the best teams in the West,” Kerr said, via Connor LeTourneau of the San Francisco Chronicle. “They were playing like it. I don’t know where they were in the standings, but you could feel how good they were (and) the fact that they were coming together.”

“I’m disappointed for (James) and for the Lakers,” Kerr said. “I want everybody to be healthy. It’s better for the league. It’s better for everyone involved. He’s with one of my best friends, and it’s been a tough season to try to navigate. So, I feel bad for everybody involved.”

Kerr does make a good point in that when the Lakers are relevant, the rest of the league benefits. The Lakers are not only a global brand, but they’re also one of the most storied franchises in the NBA.