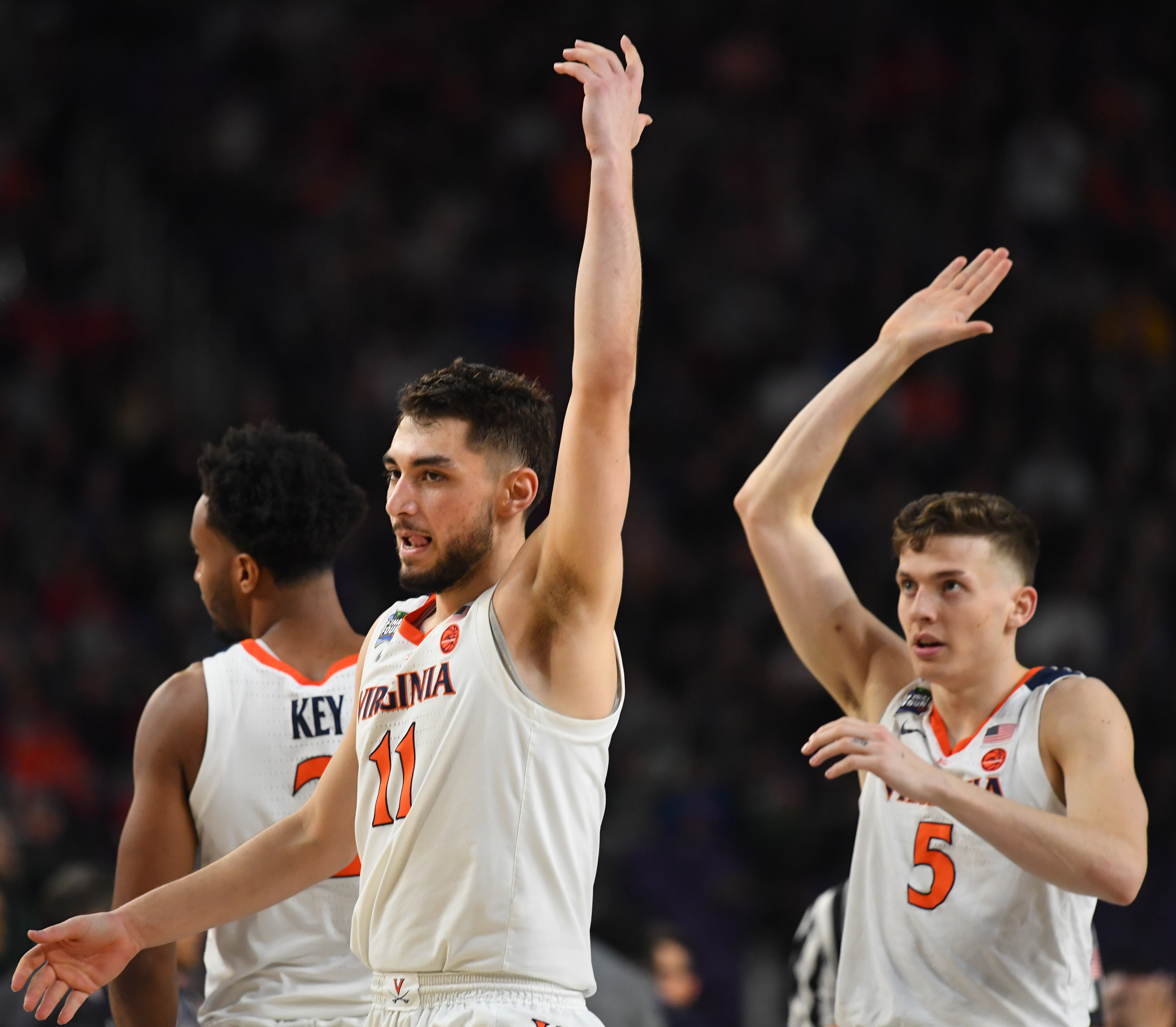 Virginia and Auburn went at it in arguably the best game of the NCAA Tournament so far, which featured a number of lead changes, but the contest did end in controversy, and Tigers fans have plenty of reason to complain.

The Hoos had a 10-point lead with roughly five minutes remaining in the game, but a severe scoring drought/run by the Tigers gave Auburn a lead with under a minute remaining. A missed free throw opened up the door in the game’s final seconds, though, and the Cavaliers had a chance to tie or take the lead. Ty Jerome brought the ball up, but dribbled the ball off his foot, then picked it back up again. It should’ve been a double-dribble violation, but nothing was called.

“As Ty Jerome brings the ball up the court, he accidentally bumps the ball off his back foot … he then re-possesses this ball with both hands. That ends his dribble.”@GeneSteratore explains a missed double-dribble violation on Ty Jerome near the end of the game. pic.twitter.com/763pV0sXyA

The Tigers ended up fouling, giving the Hoos another possession. Kyle Guy got the ball in the corner and attempted a game-winning three-pointer, which he missed. But a foul was called on the play. He ended up sinking all three free throws, and UVA went on to win, 63-62.

He head to the line with a chance to WIN THE GAME. pic.twitter.com/DuF7NEQd32

We do believe that the foul call was correct, but it should’ve been a double-dribble, which likely would’ve given Auburn the win. Tigers fans are justified in their complaints, and that result was a tough pill to swallow.